When Taoyuan City in 2015 was elevated to the status of one of Taiwan’s six special municipalities, Mayor Cheng Wen-tsan and his staff embraced the concept of using smart-city techniques to transform Taoyuan into the country’s hub for digital information innovation. The still-expanding program has already proven its value. It has helped provide residents of Taoyuan with more services directly targeted to their needs and enabled the city government to make its operations more transparent, efficient, and environmentally sustainable.

Taoyuan enjoys some key advantages in its drive to lead the country in smart living, smart industry, and smart governance. Numerous high-tech companies based in the city are at the forefront of developments in 5G, the Internet of Things (IoT), and Artificial Intelligence. Taoyuan is also home to the Asia Silicon Valley project sponsored by the National Development Council (NDC) to boost data-driven startups, as well as to the city’s own Aerotropolis project to build an industrial, commercial, logistics, and residential center around the Taoyuan International Airport, the gateway to the island.

One of the city’s most important data-related projects has been the highly successful launch of its Taoyuan Citizen Card, with more than a million cards already in use. The card doubles as an EasyCard for use on public transportation, serves as a second ID card to identify Taoyuan residents for services such as libraries and sports centers, and qualifies users for discounts at local retail establishments. “Now we are preparing a second, virtual version of the Citizen Card to be introduced this summer,” explains Yu Wan-ru, director of Taoyuan’s Information Technology Department. “Using your mobile phone, you’ll be able to show your card and get all the same functions and benefits.”

The virtual card will also help Taoyuan develop a closer relationship between citizens and government. “For example, we’ll be able to encourage citizens to engage in certain behavior, such as reducing their carbon footprint, by offering points that can be used at local shops and restaurants,” says Yu. “That will help local businesses that have suffered during the pandemic, and citizens’ response will give us more data to help evaluate whether a given policy is working or not.”

Another smart-city success story is how information technology has enabled Taoyuan to manage its water resources in recent years, even while a “hundred-year drought” caused serious water shortages in neighboring cities and counties. “We used a lot of IT tools such as sensors, IoT technology, and data analysis to understand the quantity and location of our water resources and how we could best manage that treasured resource,” says Yu. “Now every day we can supply Hsinchu City with 22,000 tons of water to support the semiconductor and other industries in their high-tech industrial park.”

The Asia Silicon Valley project in which Taoyuan is collaborating with the NDC has in effect turned the city into a “sandbox” for 5G development, stimulating industry to devise more and more 5G applications. The large quantity of data being generated has presented both an opportunity and a challenge. Previously, such information was stored in a multitude of data centers located within various government units, but that diffusion hindered big data analysis. When COVID-19 struck and many government employees needed to work from home, it also caused congestion in the data pipeline as workers sought to retrieve needed documents.

“The solution came through our collaboration with Microsoft to create a hybrid cloud data center as a pilot program – the first city government in Taiwan to do so,” says Yu. “With help from Microsoft and other high-tech IT companies, we’ll have a full-scale Information Operational Center in place by the end of this year to enable us to gather non-confidential data from all the different city government departments and store it together while maintaining cybersecurity.”

Also under preparation is an Information Data Center to analyze the accumulated data to enable the city government to base its policymaking on solid evidence, thereby achieving greater efficiency and ensuring that citizens’ priority needs and concerns are being met. Data analysis, for example, assisted the Taoyuan Fire Department in fighting a recent massive blaze at a logistics center that continued to burn for weeks. Information on the density and nature of the fire allowed the Fire Department to assess the amount of budget, equipment, and manpower that would be needed. In another example, the city’s Human Resources Department used IT inputs to avoid waste by determining the appropriate number of staff per department.

“Using these smart-city tools and platforms,” Yu says, we’ll be able to provide Taoyuan citizens with a better quality of life and more job opportunities, while also making Taoyuan increasingly competitive as a place to live and work.” 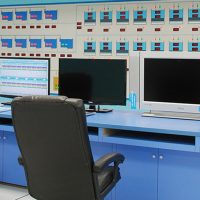 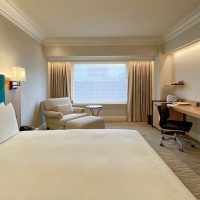 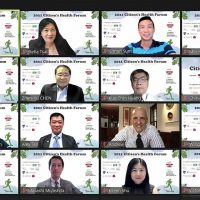