Uncertainty about inflation and supply chain resilience have led various organizations to reach different projections about the economy’s direction this year. The Chung-Hua Institution for Economic Research (CIER) in April raised its forecast of Taiwan’s 2022 GDP growth by 0.29 percentage points to 3.96%. CIER attributed the upward revision to better-than-expected levels of exports and private investment last quarter but cautioned that inflation, tight monetary policies, and geopolitical tensions would make 4% growth hard to achieve.

The Taiwan Institute of Economic Research (TIER) maintained its estimate at 4.10%, stating that Taiwan’s export engine has remained solid despite worsening external conditions such as the war in Ukraine and inflation. In contrast, the International Monetary Fund (IMF) is more pessimistic, cutting its GDP growth forecast by 0.1 percentage points to 3.2%. However, it estimates that Taiwan’s GDP per capita will to increase by at least 6% to exceed US$36,000, surpassing South Korea for the first time since 2003. In Q1, the government’s Directorate General of Budget, Accounting and Statistics calculates that GDP growth came to 3.06%, down from 4.86% in Q4 last year.

Other signs of uncertainty among businesses and investors signal a cautious approach moving forward. In a Cathay Financial Holdings survey of 19,590 clients conducted in early April, 46.4% of respondents said they expect the local economic situation to worsen over the next six months, while 29.9% think it will improve. According to TIER’s survey of manufacturers last month, 28.6% were optimistic about the next six months, down 13.3 percentage points from a month earlier. Those expressing pessimism increased by 7.9 percentage points, reaching 15.8%, while 55.6% expect business to remain the same. The construction industry saw a slight uptick in pessimism, while the service industry outlook was slightly more optimistic than the previous month.

Other numbers from Q1 were positive, with the Ministry of Economic Affairs (MOEA) reporting that exports expanded at a faster-than-expected rate of 16.2% annually to reach US$173.13 billion, marking Taiwan’s best first-quarter performance ever. March was also good, as industrial production rose by more than 2% year-on-year, marking the 26th consecutive month of growth. Additionally, MOEA data showed that the food and beverage sector generated record-breaking Q1 revenue of NT$217.4 billion, up 4.9% from a year earlier.

March numbers from the Central Bank showed that securities accounts had their most significant monthly drop in 12 years, as a decline in stock prices drove retail and institutional investors to trim their positions or sit on the sidelines. Other investors expressed confidence, however, with Investment Commission data showing foreign direct investment (FDI) in Q1 soaring 125.61% from a year earlier, mainly due to large investments in green energy and Japan’s Hitachi taking a controlling stake in Taiwanese elevator supplier Yungtay Engineering. While big players remained committed to significant investments, smaller investors were more cautious, with the number of approved FDI applications in Q1 falling 15.36% from last year to 562. 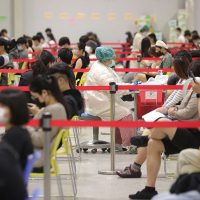 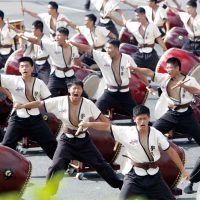 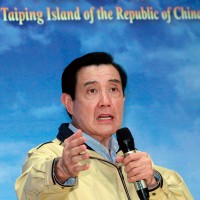