Ramesh with the GE Leadership team at the Global Repair Service Center in Singapore, which services GE’s growing HA gas turbine fleet in the region and globally.

As the devastating effects of climate change become more of a reality, many countries are stepping up efforts to reduce carbon emissions and achieve ambitious net-zero goals within the coming decades. One of the shared targets is to limit power generated from coal, which today accounts for 40% of the 34.2 gigatons of CO2 emitted globally.

And while the development of renewable energy capacity and reduction in the usage of coal-fired power plants are key steps in bringing the world closer to carbon neutrality, other additional energy sources must also be strategically deployed to bridge the gap between supply and demand, enhance grid stability, and prevent the occurrence of power shortages. Gas power in 2020 accounted for around 23% of power generated globally and is crucial in this regard. Highly efficient combined cycle gas power solutions effectively complement renewables in this space.

In order to realize a carbon-neutral future, global energy leader General Electric is committed to the advancement of technologies that can convert highly efficient combined cycle gas generation into a zero or near-zero carbon solution. Such technologies can help governments solve the challenge of providing cleaner energy that is affordable, reliable, and sustainable.

“The moment the power generation mix in some developing countries switches from coal dependency to highly efficient combined cycle gas power, CO2 emissions in those countries could potentially drop by 45-60%,” says Ramesh Singaram, President and Chief Executive Officer of GE Gas Power Asia. “This could be further reduced with the introduction of carbon neutral fuels like hydrogen. At GE, we take pride in delivering contemporary solutions that help bring these emissions down even further.”

Ramesh, who also heads GE Corporate for ASEAN and ANP (Australia, New Zealand, and Papua New Guinea), notes that decreasing carbon emissions from gas turbine electricity generation involves tackling both its pre-combustion and post-combustion stages. For the former, he says, “most of our gas turbines are capable of burning carbon-neutral fuels such as hydrogen. We have a history of operating more than 100 gas turbines with over 8 million operating hours using hydrogen blend fuels.”

“Given our proven track record of burning hydrogen successfully in our gas turbines, many customers in this region have asked us to support them with burning various hydrogen/natural gas blends,” says Ramesh. The main challenge for GE today, he says, is ensuring a scalable supply of hydrogen and sourcing it at an affordable price. “You also have to make sure that you have all the right infrastructure in place to transport and store the hydrogen,” he adds.

In terms of post-combustion decarbonization initiatives, GE is looking into employing cutting-edge carbon capture, utilization, and sequestration (CCUS) technologies at its customers’ facilities. Right now, this mainly involves liquid solvents that are capable of absorbing concentrated CO2 from the flue gas released from turbines. Ramesh adds that the CCUS technologies available today are more geared toward industrial use and that to scale them up to the power generation side, a significant amount of investment, as well as research and development, is needed.

“We are still in the very early stages of our CCUS playbook,” he says. “However, I see this technology really taking off in the near future.”

Beyond its work in the heavy-duty gas turbine space, GE continues to innovate with its aeroderivative turbine model to help countries transition from coal-heavy energy portfolios to those that incorporate more renewables and other low-carbon power sources. The unique feature of this technology, originating from GE’s aviation business unit, is its ability to be deployed very quickly – each unit can be started up in five minutes or less. In markets with high renewables penetration, such a feature is essential to grid firming – ensuring grid stability in cases of intermittency. Ramesh adds that due to the smaller size of the aeroderivative turbines, GE’s customers are more likely to use hydrogen in these units.

The aero model will also be deployed in Taiwan. The Taiwan Power Company in April announced that it had ordered GE’s advanced LM2500XPRESS gas turbine modular packages, which will be installed at the 175 megawatt (MW) Tung Hsiao Power Plant. This modular approach is expected to bring fast power to Taiwan’s grid when needed and will provide flexibility as Taiwan grows the proportion of renewables in its energy mix. 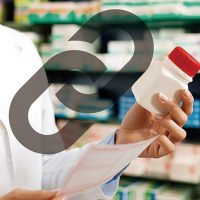 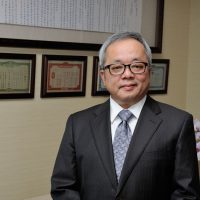 A Message from the Taiwan Stock Exchange Corp. 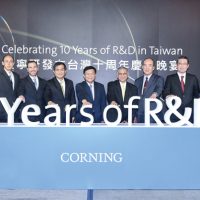 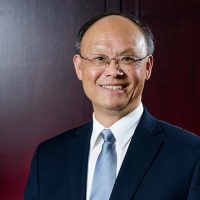