As the Russia-Ukraine war continues to escalate, some have questioned whether semiconductor powerhouse Taiwan will be affected. However, TrendForce notes that as Russia is not a primary market for the Taiwanese foundry industry, the direct impact of the sanctions piling up against Russia on Taiwanese foundries will likely remain limited. Nevertheless, the war may potentially result in a decline in sales of end-devices, leading to a reduction in demand for components and subsequently to fewer wafer inputs at foundries.

TrendForce forecasts that the smartphone industry will be noticeably affected by the conflict. Take, for instance, the ranking of smartphone brands by market share in Russia and Ukraine last year; the top three brands in those countries were Samsung, Xiaomi, and Apple, whose combined annual sales for 2021 totaled around 45 million units.

Since the war began, however, currency exchange rates have fluctuated, with the ruble plummeting in value. This devaluation is noticeably reflected in retail sales of Apple products in Russia, where the price of the iPhone 13 Pro 128 GB has risen by almost 50%. Such price hikes will likely prompt consumers to reallocate an increasing amount of money they would normally spend on electronic items to other daily necessities. Russian and Ukrainian demand for chips is thus expected to shrink rapidly, in turn leading IC design companies to reduce their wafer input at foundries.

Although Russia is not a major market for Taiwanese foundries, certain chips used in the country’s military and networking applications under the brand name Elbrus are manufactured by TSMC. However, the Washington Post has reported that TSMC is no longer manufacturing and shipping Elbrus products, and rumors suggesting Chinese semiconductor companies may benefit from this development have spread.

TrendForce posits that even though Chinese foundries are capable of performing the 1Xnm and more mature process nodes necessary for Elbrus chip production, it would likely take them at least one year to complete the requisite redesign and verification processes. As such, Russia will have a difficult time immediately redirecting orders for Elbrus chips to Chinese foundries, and the Chinese semiconductor industry will not be able to take advantage of this situation in the short term.

In light of the ongoing conflict, various parties have imposed a variety of sanctions on Russia, and the shipping industry has in turn sustained both direct and indirect impacts on business stability and safety. Logistic disruptions and skyrocketing prices are just some of the issues that have emerged from the conflict and have placed undue stress on global supply chains.

For a stronghold of semiconductor production like Taiwan, it is natural to assume that domestic semiconductor firms might be shocked into stockpiling components. However, TrendForce investigations have found that not only do most of these companies currently possess healthy inventories, but also that Russia and Ukraine do not represent the sole sources of semiconductor materials for Taiwan. In fact, Taiwanese companies have been sourcing materials from China as well. The Russia-Ukraine war has caused neither noticeable stockpiling behavior nor production bottlenecks for Taiwanese semiconductor companies. 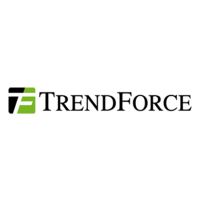