Living abroad often involves numerous unexpected challenges and can be difficult for many, especially those with existing mental health issues. Fortunately, Taipei is now home to a growing number of mental health resources, including many with services in English and offering sliding-scale fees for lower-income clients.

When Martha first came to Taiwan two years ago, she was convinced that this time, everything was going to be fine. Growing up in Russia, Martha – whose name has been changed for this report to protect her privacy – had dealt with social anxiety and compulsive behavior in her teenage years. During her first stint abroad, working as a model in China, her mental health issues had escalated. She recounts symptoms such as reckless spending and impulsive sexual behavior during this time. Martha considers that life as an expat was a factor in her spiraling.

“I think it’s pretty obvious,” she says. “Especially for the ones who can’t speak the language, it’s so difficult to adapt to another culture. Being separated from your previous life and not being able to find someone really close to you – the foreign community is very limited – I think it triggers a lot.”

At age 27, Martha returned home to Russia and sought psychiatric treatment for the first time. There, she was diagnosed with bipolar disorder.

“Since it was my first time getting some kind of medical treatment, I was pretty sure that after some years, you’d be done and you’d be fully healthy and healed,” says Martha, describing an attitude she now calls “ignorant.” A few months after being diagnosed, she departed for Taiwan to pursue a master’s degree.

In the beginning, all was well. Martha moved in with her Taiwanese girlfriend, attended classes, and worked the occasional gig as a model. But after about half a year, her symptoms started reappearing, causing strains on the relationship. Her girlfriend broke things off romantically but continued to support Martha as a friend. Together, they began researching treatment options available to foreigners in Taiwan.

Among the best-known of these options is the Community Services Center Taipei, which offers counseling services. It has a long history of catering to Taipei’s expat community and in 2021 alone administered over 6,000 counseling sessions, says Director Adam McMillan. Tucked away in a Tianmu backstreet, the Center offers English-language counseling sessions with bilingual psychologists licensed through Taiwan’s Ministry of Health and Welfare. Rates are set on a sliding scale based on income and capped at NT$3,500 per 50-minute session. Waiting times may vary depending on how specialized a client’s needs are. For emergency cases, the Center operates a 24/7 crisis line (0932-594-578).

Besides the Community Services Center, social worker and counselor Cynthia Teeters also refers clients to the Seeing Counseling Center (看見心理咨商中心) in Da’an District and for children recommends Holly Clinic (冬青心理治療所) in Zhongzheng District. The American has 24 years of experience as a mental health provider. She previously practiced at the Center but now works as a student counselor at the Taipei American School. While private clinics offering English-language counseling are increasing in number, quality mental health care for expats in Taiwan is still “slim pickings,” she says.

As a long-term expat with a bicultural family, Teeters knows that adjusting to life abroad can present a whole set of challenges. “I think you need somebody [as a counselor] who has a breadth of experience of working with people who’ve been through those kinds of experiences and ideally has had some of those experiences themselves,” she says.

The online counseling service The Truman Group specializes in expat care and comes recommended by Teeters. As a worldwide provider, The Truman Group administers psychological care for expatriates by expatriates. Members of their team of U.S.-licensed counselors are based all around the world and the counseling they provide is potentially covered by international health insurance plans.

Under current regulations, counseling licenses obtained abroad are not recognized in Taiwan. To practice as a licensed counselor in Taiwan, applicants must take the Chinese written exam, explains McMillan of the Community Services Center. To ensure the best quality of care for expat clients at his organization, he says, “all of our therapists are third-culture people, meaning that most lived and studied in the U.S. Some practiced there as well.”

In her 17 years of living and working in Taiwan, Teeters has witnessed a positive transformation here in attitudes towards mental health care. “Things are changing,” she says. “I think it’s a global movement, and we have an increased understanding of brain development and factors that promote people to be resilient.”

Teeters also notes that the stigma traditionally associated with counseling in Taiwan has lessened, making it more socially acceptable. “Younger people are more open to talking about how they feel and seeking help versus 20 years ago,” she says.

In addition, she says, the COVID-19 pandemic has triggered a global discussion about the mental health needs of both adults and children. Even in Taiwan, where the impact of COVID has been much less pronounced, it has still become one more stressor in expats’ lives.

“When you think about moving overseas or accepting an expatriate assignment, it is this opportunity to see the world and to travel and have all these wonderful experiences,” says Teeters. But with COVID, she adds, “you no longer have that ability to travel freely, to go back home.”

According to Teeters, the pandemic situation has exacerbated issues related to adjustment and mental health for expats “because those things that you thought were fantastic reasons for coming abroad are no longer accessible.” In addition to the lengthy separation from family back home, quarantine requirements pose a mental health challenge in themselves, she says.

To tackle these issues, some companies have taken additional measures to support their employees during this time. AmCham member Merck Group Taiwan, for example, collaborates with the Hsinchu-based Employee Assistance Program Service Center (EAPC), through which the company’s employees can enjoy confidential and direct access to free counseling, online or in person. EAPC was founded in 2001 with the assignment from Taiwan’s Ministry of Labor to support the employees of local and international partner companies on topics ranging from emotional wellbeing to workplace issues and career development.

Judy Huang, the head of PR and Communications at Merck, says the cooperation with EAPC is part of a company culture emphasizing employee wellbeing. “The overall support provided by the company to help employees get through this difficult time matters to us and is also an important way to retain talent,” she says. According to Huang, the number of employees making use of the service in 2021 increased by 62% from 2019.

Private clinics offering English-language counseling and psychiatric assessments in Taipei have also multiplied in the last few years. But hourly rates ranging between NT$2,500 and NT$7,000 dissuaded postdoctoral researcher Shashank Keshavmurthy from accessing care when he was battling severe anxiety and depression. The 42-year-old Indian national is very open about his struggles with mental health and co-founded the private Facebook group “Let’s Talk Taipei,” a small network for foreigners who support one another in times of psychological need. The group used to meet monthly before the pandemic hit, and he hopes to return to regular meetups in the future.

For Keshavmurthy, talking openly and “being selfish about your needs” is the key to getting better. And in the end it was the free counseling provided by his university that helped him work through his mental health challenges.

All major universities in Taipei advertise free mental health services for foreign students. Sam Garcia, who works in the Office of International Affairs at National Taiwan University, says the 13 English-speaking counselors at the school serve 500-600 students per year. The counselors are licensed in Taiwan as either counseling psychologists or social workers. Waiting times range between one and two weeks, with emergencies receiving preferential treatment.

“Taiwan is advertising so much through the New Southbound Policy,” Keshavmurthy says. “They are bringing so many people from Southeast Asian and South Asian countries to Taiwan. But if you cannot guarantee proper funding, how can you ask people to be here?” He calls for schools to be more transparent about the cost of living in Taiwan and for scholarship rates to be adjusted.

In addition, Keshavmurthy cautions that there is a lot of unconscious bias in Taiwan toward certain ethnicities, and counselors are not sufficiently sensitized to the racism that people of color encounter in Taiwan. While his main work is as a marine biologist at Taiwan’s renowned Academia Sinica, Keshavmurthy is now pursuing an online master’s program in psychology at a British university to be able to better support his community in the future.

Martha, the Russian student diagnosed with bipolar disorder, chose to forgo counseling. She felt that the difference in cultural background would make it hard for her to open up to a Taiwanese counselor at her university. Instead, she sought out a psychiatric clinic in Taipei. Treatment at the clinic is covered by Taiwan’s National Health Insurance (NHI) and Martha is responsible for only a registration fee of around NT$200 per visit.

Psychiatric services are widely available in clinics and hospitals, but Teeters, the American social worker, knows how difficult it can be to find help in the Taiwanese medical system. “When you’re trying to have a consultation about your need for medication, you’re anxious,” she says. “You’re talking to the psychiatrist and then the nurse is knocking on the door and coming in and interrupting you. I find that to be very challenging for clients.” She therefore often refers clients to Dr. Claire Yao at Skybright (天晴精神科診所), a psychiatric clinic in Tianmu that offers English-language services.

Consultations at Skybright are covered by NHI. The clinic also arranges treatments beyond medication, ranging from sleep lab diagnostics to Repetitive Transcranial Magnet Stimulation (rTMS). In this novel noninvasive treatment option for chronic depression, nerve cells in the brain are stimulated through magnetic pulses. The treatment is available in Taiwan, but patients must pay out of pocket. Depending on the insurance plan, it may be possible to claim rTMS with international insurance providers.

Other innovative treatments such as medical marijuana and ketamine have not yet been approved in Taiwan. While many studies conducted abroad have shown those treatments to have beneficial outcomes for those struggling with mental health, strict drug laws are likely to prevent their introduction in Taiwan anytime soon.

As Martha went in for her intake appointment at a local clinic, her ex-girlfriend was by her side helping to facilitate communication. “The doctor spoke some English,” she remembers. “His English was not really fluent, but medical vocabulary related to psychiatry was clearly understood.” Since that first trip, she goes back once a month for a consultation and to pick up her prescription. The white-and-green plastic envelopes rustle as she pulls out each of the five different types of pills that she takes on a daily basis. Martha says the medication has helped her a lot. The doctor doesn’t explain exactly what he’s prescribing, but he adjusts it whenever she reports side-effects. Martha says she appreciates the easy access to psychiatric drugs, even if she feels they are handed out very liberally. Overall, she expresses confidence that she is in good hands. “In terms of health care, I do trust Taiwan, and I am grateful for NHI.” 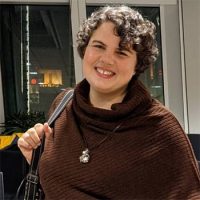 Carina Rother is a journalist based in Taipei, Taiwan. Originally from Germany, she holds degrees in Chinese and Gender Studies. Carina started her career with Radio Taiwan International before moving into freelancing for international media in 2020. 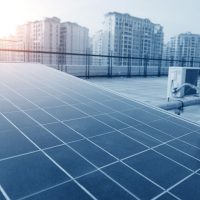 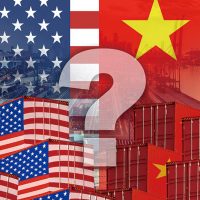