Shelley Rigger’s latest book describes the role Taiwanese businesspeople played in facilitating China’s rapid economic growth in the 1990s and 2000s. It provides astute analysis and vivid historical detail, but readers should not expect a forecast of what lies ahead for cross-Strait ties.

As a leading scholar on Taiwan, Davidson College political science professor Shelley Rigger has shown an impressive grasp of Taiwanese society and culture, as well as the difficulties and nuances of the cross-Strait relationship. In 2011, she published what has become my go-to book on Taiwan written for a broad audience: Why Taiwan Matters: Small Island, Global Powerhouse.

Now, a decade later, she has followed up that decisive work with another eminently insightful and readable volume accessible to both scholars and the general public. The Tiger Leading the Dragon: How Taiwan Propelled China’s Economic Rise explores the island’s unique economic relationship with the People’s Republic of China. Rigger draws on her own experiences, her discussions in the region, and her survey of secondary sources to trace how the Taishang (Taiwanese businesspeople operating in the mainland) helped fuel China’s economic success.

Filled with rich anecdotes and textured case studies, The Tiger Leading the Dragon traverses Taiwanese history from the Ming Dynasty to the current pandemic, highlighting the seemingly endless opportunities and incentives that beckoned the Taishang to the mainland and the uncertainties they faced crossing into unknown territory. This book comes at a particularly important time as U.S.-China competition intensifies, reshaping Taiwan’s economic opportunities with each of these superpowers. Having invested in Taishang manufacturing bicycles, shoes, and semiconductors in China, I lived through the history covered in this book and still learned a lot from it.

After luring readers in with a delightful vignette about the Umbrella King of Taiwan (and later China), Rigger offers a crash course on Taiwan’s meteoric economic rise from Japanese colonization to the arrival of the Chinese Nationalists (KMT) and their promotion of land reform, import-substitution industrialization, and finally export-oriented industrialization, with a particular emphasis on Taiwan’s small and medium-sized enterprises and informal credit system. She then shows how Taiwanese companies contributed to making China the economic powerhouse it has become today. Along with the technology, management, and capital they took to China, Taishang also brought their connections with foreign multinationals, which became customers of China. Next, Rigger focuses on Deng Xiaoping’s reforms, specifically the special economic zones along the Chinese coast, where the synergy between cheap Chinese labor and Taiwanese capital and know-how came fully into play.

In her work, Rigger highlights the distinct Taiwanese supply chain model, consisting of the decentralized production of specialized parts that then moved nearly intact to China, forming “Little Taiwan’s.” There, Taishang could reproduce products with the speed, quality, and reliability that is essential to OEM contract-manufacturing, the foundation of Taiwan’s electronics industry.

Another chapter traces the evolution of cross-Strait political economy from the founding of Taiwan’s electronics industry with the government’s encouragement, to offshoring production to China in an effort to reduce costs and expand markets. It further covers the oscillation in Taiwan’s cross-Strait economic policy between restriction and liberalization, which has been the focus of my research on cross-Strait economic relations. Rigger also shows how Taiwan has affected Chinese culture and society, emphasizing the influence of Taiwan’s distinctive pop culture and middle-class lifestyle characterized by “affordable luxury.”

In short, the migration of Taiwanese enterprises to China, particularly after Deng’s reforms, produced what the Chinese call a “win-win outcome”: cheap Chinese labor revitalized the withering profit margins of Taiwanese firms, while Taiwanese investment provided the kickstart capital and know-how China needed to modernize. Rigger shows how these complementarities were facilitated by the commonalities between the two societies, including similar legal environments, business cultures, and language.

Between 2008 and 2016, then President Ma Ying-Jeou further liberalized cross-Strait ties to create more growth for Taiwan and increase cross-Strait stability. By that point, however, Taiwanese had developed a distinct identity and lifestyle, and many of them did not trust either the incoming Chinese investors or the Taishang. Thus, the initiation of direct flights between Taiwan and China and the loosening of investment restrictions in both directions became politically thorny issues. The 2012 Anti-Media Monopolization Movement and the 2014 Sunflower Movement reflected the anxiety that deepening economic integration with China might compromise Taiwan’s new identity. In Chapter 7, Rigger describes the concerns that Taishang could become tools of Beijing in its goal of unification with Taiwan if their economic interests outweighed their political identities.

At the same time, shrewd Chinese were observing the Taishang closely, absorbing their tactics and gradually building their own “Red Supply Chains.” Rigger concludes that it was only a matter of time before Chinese firms would catch up to their Taiwanese counterparts. The result is that economically, China needs Taiwan less than before, while politically the relationship between Taiwan and China has changed little over the last 35 years.

Rigger makes it clear that Beijing’s anticipation of political spillover has failed, and Taiwanese aspirations for China to liberalize also fell short, but she does not go into great detail to explain these disappointments and their future implications. And while the stories about the success and importance of the Taishang are well-narrated, they leave the impression that Taishang are a monolith, when in fact they are a diverse group with very different backgrounds, some of whose business practices in China were less reputable than others.

By bringing us into the minds of various Taishang over the past three decades, Rigger does a wonderful job lifting the veil on the impact of Taishang on the domestic Chinese economy, Taiwanese politics, and government policies on both sides of the Strait. While her argument is clear that China used and absorbed Taiwanese capital and know-how but is now disengaging from Taiwan while having achieved little politically, it is short on lessons for the future of Taiwan and the global political economy.

For instance, Taiwan retains certain advantages, such as precision manufacturing in electronics, upon which China is and will remain dependent. Yet Rigger does not rigorously examine why that is or, more importantly, how it will affect the cross-Strait relationship moving forward. Moreover, despite the cool political climate across the Strait and the decline in Taiwanese investments in China, trade has grown under the Democratic Progressive Party administration and mutual dependence therefore continues.

Perhaps reflecting the uncertainties in cross-Strait relations, Rigger limits her analysis to history and skirts consideration of the future, which would be of great interest to TOPICS readers. In particular, there is no discussion of the possible evolution of existing Taishang practices as the Chinese economy matures. Are there other countries or regions where cheap labor beckons Taiwanese capital and know-how? Can Taiwan meet its latest challenge to internationalize itself in terms of politics, economics, and security? Is President Tsai making a wise bet in promoting economic ties with South and Southeast Asia through the New Southbound Policy? Will these regions become the next “students” of the Taishang?  Or will China successfully squeeze Taiwan’s international space and block its move into Southeast Asia? And as China decouples from Taiwan, and the U.S. from China, can China find other sources for the resources it needs to keep growing? These questions are left unanswered.

The Tiger Leading the Dragon is an engaging and informative read for academics, policymakers, and investors on how the Taishang led us to this current moment, and it carries a tone of subtle despair for faltering cross-Strait ties after decades of growth. But it does not provide a forecast of Taiwan’s own future or the future of its relations with its cross-Strait neighbor. 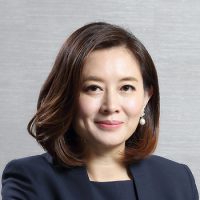 Syaru Shirley Lin is Compton Visiting Professor in World Politics at the Miller Center of Public Affairs at the University of Virginia and a Nonresident Senior Fellow in the Foreign Policy Program of Brookings Institution. She is also an Adjunct Professor at the Chinese University of Hong Kong and the Chair of the Asia-Pacific Hub of the Commission on Reform for Resilience, which is reviewing the response to the COVID pandemic. 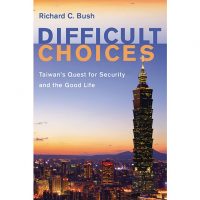