Due to the pandemic and increased environmental consciousness, the bicycle industry has boomed in the last couple of years. Photo: Tern Bicycles

Demand for both conventional and electric bicycles has soared during the pandemic, drastically increasing the export orders of Taiwan’s bike manufacturers. However, severe shortages of raw materials and other disruptions to the supply chain have prevented these companies from fully benefiting from the current global cycling renaissance.

Josh Chang had just started a new job designing bicycle components for a U.S. company with a factory in Taichung when the COVID-19 pandemic began reaching Taiwan’s shores in early 2020. Seeing the growing concern among Taiwan’s bike manufacturers about how the virus might affect their business, the American engineer and motorsports specialist was feeling somewhat unsure of what the future would hold.

“At first I experienced the bicycle industry’s initial fears, with bike orders being put on hold and deliveries not happening and so on,” he says. “I was also even questioning how long I would have my new job.”

Those worries were quickly put to rest, as overseas demand for pedaled two-wheelers and components began to surge “to the point where we completely cleared out our inventory and every product that came off the line was immediately shipped out the door,” he recalls.

Chang’s company and its industry peers have had to quickly adapt to what in early 2021 was being called the “bike boom,” a rapid increase in global demand for bicycles brought on by changes in consumer behavior in response to the pandemic.

Also fueling that demand has been the growing interest in addressing climate change and other environmental concerns, which has pushed governments in the past few years to re-think transportation policy, particularly in urban areas. For example, the European Commission’s Sustainable and Smart Mobility Strategy, announced in December 2020, seeks to transform the way that people and goods move across the EU, reducing vehicle-sourced carbon emissions by 90% by 2050. In addition to less car-friendly urban design, a primary focus is encouraging the use of bicycles (along with e-bikes, electric scooters, and other EVs).

As a result, market research firm Grand View Research reports that the global bicycle market reached US$59.3 billion last year and predicts that it will expand at a compound annual growth rate of 8.2% over the next eight years.

In Taiwan, whose top brands command an overwhelming share of the world market, production took a dip in early 2020 but came roaring back soon after, making 2021 a stellar year for the industry. Last year, the export value of bicycles from Taiwan grew by nearly 20% from 2020, according to Taiwan Bicycle Association data. Meanwhile, exports of bicycle components jumped a huge 57% from the previous year.

Businesses have also joined the carbon-reduction bandwagon, considering ways to limit the emissions they produce. Conventional and electric-assist cargo bicycles making deliveries are an increasing presence in densely populated urban areas, decreasing the use of vans and trucks. Additionally, a growing number of companies are encouraging office-based employees to commute to work by bicycle by introducing bike-share programs, rentals, subsidization, or even the outright purchase of bikes for their workers.

“It’s a win-win for everybody,” says Joshua Hon, team captain of New Taipei-based Tern Bicycles, a producer of folding and cargo bicycles mainly geared toward urban commuting. “People who ride are generally healthier, so there’s potential to lower insurance premiums. And if you are healthier, you are taking fewer sick days and are probably happier. Around the world people are thinking, ‘how do I get that carbon footprint down?’ and bicycles are one of the easiest ways to do that.”

The rapidly growing consumer appetite for bikes has been something a double-edged sword for Taiwan’s bicycle producers; many have been trying hard to clear backlogs of orders that often stretch several quarters into the future. Greatly complicating matters are the ongoing global supply chain disruptions as demand far outstrips supply. Shortages of raw materials used in the production of bicycles, such as aluminum, steel, and nickel, caused prices to skyrocket last year, a burden that is inevitably passed down to the consumer.

Even shortages of materials that most would not consider directly related to bicycle manufacturing and sales have impacted the efficiency and cost of doing business. Hon notes that a dearth of wood pulp starting in late 2020 seriously disrupted packaging and shipping for Taiwan’s bicycle industry, as the price of this commodity – mainly sourced in China – increased by over 50%. He cites the case of one prominent bicycle brand’s factory being unable to ship out millions of dollars’ worth of goods because it lacked the cardboard boxes needed to pack them.

As with other export-reliant industries in Taiwan, bicycle makers have also had to deal with a lack of available shipping containers over the past year. Even if some can be found, securing space on a vessel can be difficult. In the case of freight bound for the U.S., moving goods from major ports like Long Beach into the country’s interior is another added hassle as bottlenecks continue to plague the U.S.’ logistics network. To work around this issue, Hon says Tern resorted to sending its U.S.-bound shipments to Vancouver, moving them across Canada and south over the border into Illinois. The re-routing was successful, but it also forced his company to raise the price point on its bikes.

Tern is far from alone in having to make that call; bike manufacturers in Taiwan and elsewhere have found it necessary to raise prices since the pandemic began. A December 1, 2021, report in the Wall Street Journal noted that the “average selling price of a new bicycle in the U.S. in September was $346, up 28% compared with 2020 and 54% higher than the average selling price of a bicycle in 2019, according to data from NPD Group Inc., a market research agency.”

Supply chain shocks have also limited bicycle producers’ ability to expand capacity in order to meet the high demand. Chang, the American design engineer, says his company has found a way to increase production capacity by making some adjustments to its supply chain. However, he says, “with every supply chain change, we have to ensure that the product passes through our very rigorous and time-consuming testing protocol.”

That testing, says Chang, who is also studying for a mechanical engineering PhD in Taipei, is “paramount in design.” His company has therefore expanded its test lab from the U.S. to Taiwan, where Chang now spends many working hours. The move has cut the lead time involved in shipping newly sourced materials back and forth between the two locations, improving efficiency and the ability to evaluate the quality of different suppliers, Chang says.

According to Hon of Tern Bicycles, even before the advent of COVID-19, bicycle companies already needed to complete their product planning quite far in advance – usually around six months to a year – to enable the production of customized components at scale. Now, lead times on those parts can be up to two years or longer. Also, whereas fulfilling orders from customers pre-COVID was a rather straightforward process of relaying requests to the company’s suppliers and having the parts or materials delivered around a year later, now “we need to place component orders before we’ve even shown the customer the new product that will be provided in two years,” he says. “We don’t even know if they’re going to like it.”

Nevertheless, Hon says these challenges have also pushed his company to become more agile, although he stresses that having partners who are also willing to be flexible is incredibly important. “Can we talk to suppliers, have them accept an order two years in advance, but say, ‘can you let me make adjustments within twelve months, nine months, six months?’” he says. “That’s not a given. You have to have a certain relationship to be able to do that.”

In the meantime, Hon, Chang and others in the industry are closely following current market trends, especially the rise of e-bikes. Demand in both Europe and the U.S. for electric motor-assisted bicycles has grown steadily since 2015 and took a sharp upward turn beginning in 2020.

Manufacturers in Taiwan are taking note. According to data collected by Taiwan’s Ministry of Finance, the export value of e-bikes during January to May of last year increased 44.2% from the same period in 2020. Europe is by far Taiwan’s biggest export market for e-bikes; a May 10, 2021 report on the website Market Prospects states that the continent accounts for more than 77% of Taiwan’s total e-bike exports.

The U.S. is also becoming a major export market for e-bikes. The Florida-based Light Electric Vehicle Association estimated in February that the U.S. imported around 790,000 e-bikes last year, a 70% increase from 2020. And the Market Prospects report notes that e-bike exports to Asian countries are taking off as well, with a growing number of Taiwan-made e-bikes shipped to China, Vietnam, and other regional neighbors.

When asked about the allure of e-bikes and why the market is doing so well, Hon replies that the addition of an adjustible electric assist “takes away barriers to biking,” especially in places where commutes may include hilly or challenging terrain, and encourages more people who may not have originally had an affinity for cycling to “go out and ride.”

Furthermore, electric cargo bikes like the kind Tern specializes in also have the potential to reduce the amount of time Americans spend in a car, as short trips to buy groceries or run other errands can all be made conveniently by bicycle. And the extra boost that an e-bike offers can bridge the gap between riders with different levels of physical fitness, allowing cyclists to enjoy rides without needing to reduce speed or overexerting or injuring themselves.

Hon predicts that advances in the technology and design of e-bikes will factor prominently into urban planning decisions that prioritize low-carbon forms of transportation. He calls on governments to develop better bicycling infrastructure to support the trend for both people and businesses to use e-bikes on a daily basis.

“In a crowded urban city, why would you get around by car?” he asks. “We feel like electric bikes are going to be an absolutely critical part of a resilient transportation system.” 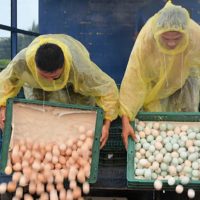 Towards a Safer Food Supply 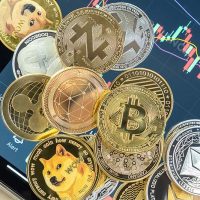 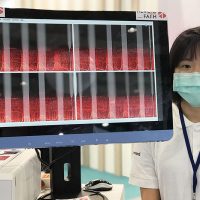 Taiwan’s Healthcare Gets Boost from AI 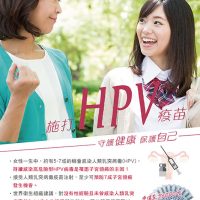