Taiwan’s e-commerce market experienced rapid growth in 2021, driven primarily by the severe outbreak of local infections that summer. Yet as life has more or less returned to normal, the appeal of physical retail regained strength. As a result, companies are now launching business models that merge online and offline channels.

As Taiwan flirted with another zero-COVID run in the fall of 2021, crowds descended on the department stores of Taipei’s Xinyi District for the annual anniversary sales. The sales always bring out the inner spendthrift in Taiwan’s normally frugal residents, but this year was a little different. Firstly, the throngs were unusually large – forget about social distancing.

What’s more, shoppers had a real spring in their step. Rather than “revenge shopping,” consumers seemed to be “victory shopping” in celebration of a booming economy (which is expected to have grown more than 6% in 2021) and near-zero community transmission.

It was a stark contrast to the desolate scene at department stores during Taiwan’s COVID-19 outbreak just a few months earlier. Throughout the soft lockdown period of Level 3 restrictions, which lasted from mid-May until the end of July, one could walk through a major shopping mall like Shinkong Mitsukoshi, Sogo, or Breeze and see only a few other shoppers. Those who did venture out often donned extra personal protective equipment like face shields, safety goggles, and latex gloves. Yet as soon as Taiwan corralled the coronavirus, foot traffic returned.

At the same time, the island’s e-commerce market has been growing rapidly. Ministry of Economic Affairs data shows that online retail sales climbed 25.9% to NT$303.9 billion (about US$11 billion) in the first three quarters of 2021. During Level 3 restrictions, online retail sales grew an especially brisk 33.8% and accounted for a record 11.7% of total retail sales.

A new trend deriving from the pandemic is the rise of online fresh goods sales, observes Jessica Liu, a partner at the Taipei-based accelerator and venture-capital firm AppWorks. “In the past, it was not that popular to buy fresh goods like eggs and milk online as they can be purchased easily at traditional markets, but it changed due to COVID,” she says.

The outbreak affected some traditional markets, and while the number of infected workers was not high, it still caused many Taiwanese to stay away from those areas. “Most Taiwanese people were very cautious about going out or meeting people in person” during the Level 3 restrictions, says Liu. She expects that due to its convenience, the sale of fresh goods online is here to stay. “People can subscribe to it weekly or bi-weekly, and then you don’t need to go to a market at a specific time.”

“PChome lacked the resources to cope with the surge in orders, so its 24-hour delivery service did not resume until July,” says Herbert Yum, a research manager at Euromonitor in Hong Kong. “In comparison, Momo did a great job of resuming their logistics services in June; this is why Momo outperformed PChome.”

Meanwhile, Shopee has thrived in part due to its strength in both C2C and cross-border e-commerce. “Lots of products were out of stock in Taiwan during the second half of 2021 and thanks to their C2C channel Shopee can provide products from C2C merchants themselves, which boosted sales,” Yum says.

In a unique move among e-commerce platforms in Taiwan, Shopee is also taking part of its business offline. Its considerations are primarily logistical, according to MIC’s Chen. Based on MIC’s findings from on-site visits and secondary data, Shopee aims to strengthen its logistics ability to deliver goods to consumers at a quicker pace, he says.

In the pre-pandemic era, the logistics capabilities of e-commerce platforms were usually sufficient – platforms could utilize their own networks and the significant warehousing capacity of Taiwan’s vast convenience store ecosystem without any issues. Indeed, Taiwan had about 12,000 convenience stores as of the end of 2020, according to the Fair Trade Commission.

Picking up a parcel at a convenience store is a popular option for anyone whose residence lacks someone available to receive packages. Data from the Institute of Information Industry (III) shows that more than 85% of online shoppers in Taiwan pick up their parcels at convenience stores. Annually, more than 300 million such items are delivered to 7-Eleven and FamilyMart stores, the two largest convenience store chains in Taiwan.

However, given the pressure COVID-19 outbreaks put on the logistics supply chain due to growing demand for online shopping, “the number of parcels is increasing day by day and even exceeds the warehousing capacity of convenience stores,” Chen says. “Delays in arrival caused by insufficient warehousing of convenience stores and logistics resources of carriers have led to a poor shopping experience.” With that in mind, Shopee hopes to develop its own physical stores to have more control over delivery speed and reduce reliance on physical channel providers like convenience stores.

Shopee opened its first physical store in August 2021 and by year-end boasted 255 locations throughout Taiwan. The company initially focused on Taipei, New Taipei, and Taoyuan, but according to Sinyi Realty it is now looking to open outlets in Keelung, Hsinchu, Miaoli, Taichung, and Changhua.

In some locations, the Singapore-based firm cooperates with the supermarket chain Simple Mart. Under an agreement reached in September prompted by the pandemic-induced online shopping surge, Simple Mart plans to allocate two to three ping (6.6-9.9 square meters) of space for the e-commerce firm’s goods at each store cooperating with Shopee. Partnering with Shopee will help Simple Mart increase customers by 20%, the supermarket’s general manager, Chiu Kuang-lung, told The Taipei Times in November.

One of the reasons Shopee can afford to push aggressively into brick-and-mortar retail is that it has the deepest pockets of any e-commerce platform in Taiwan. Its NYSE-listed parent company, Sea, currently has a market capitalization of more than US$97 billion. In comparison, Momo’s parent company, Fubon Financial, is valued at US$34.3 billion, while PChome is much smaller at US$559 million.

Further, Shopee takes a more gung-ho approach to expansion than its local counterparts. In recent years, both Momo and PChome have expanded to Southeast Asia at a moderate pace. In contrast, Shopee is in a hurry to build a global online shopping empire. In September 2021, it raised US$6.3 billion for overseas expansion and by the end of the year had launched in Poland, Spain, and France.

The future of retail

As Shopee delves into physical stores, most retail operators are focusing on the opposite challenge: boosting their online presence. Costco, one of the world’s top-five retailers and a major player in the Taiwan market, has been able to benefit from the greater interest in online shopping while continuing to attract steady foot traffic, says Richard Chang, who is based in Taipei and serves as the company’s senior vice president of Asia.

“With COVID, our e-commerce platform has increased significantly,” he notes. “A lot of people are preferring to buy a lot of the bulkier items online. That’s good for us.”

When asked how the Omicron variant’s arrival in Taiwan is affecting business, Chang says that the company is actually seeing an incremental increase in foot traffic at its Taiwan warehouses.

“Now is a very interesting time,” he says. “We’re also hitting Chinese New Year, and people have to get their Chinese New Year gift items and supplies for that event. People are also stocking up for maybe a second [COVID-19] wave, so they’re taking an opportunity to come in and buy their [everyday] supplies. It’s a good opportunity to kill two birds with one stone.”

But while Chang expects e-commerce to become increasingly important for Costco, he stresses that physical retail sales will remain the core element in the company’s business model. “Costco is a very different retailer. People come into Coscto and want to physically walk the warehouse and see what is going on, what new items there are. Other brands don’t have the treasure hunt mentality.”

Brick-and-mortar retailers benefit from impulse buys that are less common on a one-dimensional online platform, he notes. “You might walk into Costco with the intention to buy two items and then you walk out with 12. There is a different impulse to spend when you can physically see, touch, taste, or smell items.”

Chang also notes that e-commerce is not always a moneymaker. Amazon, for instance, lost money in the third quarter of 2021 outside of its massive cloud-computing business, Amazon Web Services. Shopee has never turned a profit, while PChome’s net income in the July-September period was just NT$75 million (US$2.72 million), according to statistics posted to its official website. “The back end [of e-commerce] is so expensive,” Chang says. “It looks great to a user but exceeds your expectations in terms of costs. As a retailer or brand owner, it is almost impossible to make money unless you can leverage some existing infrastructure.” 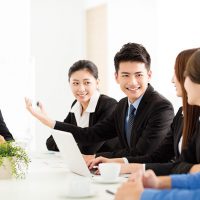 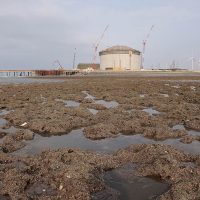 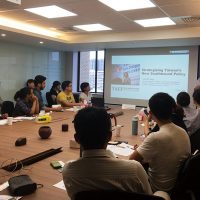 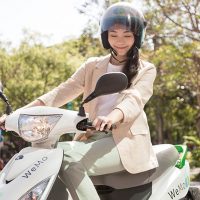