For Taiwan’s tourism industry, the rapidly aging population presents both challenges and opportunities. Many attractions and accommodations are not adjusted to visitors with physical limitations. On the other hand, the number of people with ample free time – not to mention the financial resources and mindset to enjoy it – is beginning to soar.

Compared to previous cohorts, who were likely to continue tending their fields or caring for grandchildren once they reached their sixties, today’s senior citizens take a greater interest in entertainment beyond the scope of their neighborhood.

This shift has not been entirely unexpected. Writing in the October 2003 issue of Tourism Management, scholars Leo Huang and Tsai Hsien-tang noted that people over the age of 55 accounted for four out of every five vacation dollars spent by travelers in the U.S.

Huang and Tsai predicted that “consumption by [Taiwanese] senior travelers will climb in terms of both quality and quantity. Many seniors have changed their traditional concepts of earning money to be bequeathed to their children, and their willingness to spend on their own interests means it is a market that cannot be overlooked.”

The Taiwan Tourism Bureau told Taiwan Business TOPICS in a written statement that senior-citizen tourism has not been one of its priorities in recent years, even though nearly 16% of Taiwan’s population of 23.5 million are aged 65 or above. In contrast, Muslim tourists accounted for a mere 2% of Taiwan’s international arrivals before the pandemic. Yet, on the websites of the 13 National Scenic Area Administrations, overseen by the Tourism Bureau, references to “Muslim-friendly environment” outnumber those to sightseeing by elderly visitors.

Nevertheless, the government has made many of Taiwan’s transportation hubs and scenic spots more accessible to those who struggle with stairs or depend on wheelchairs. Senior citizens benefit from elevators at railways stations and ramps at museums – as do people with disabilities, parents pushing baby strollers, and travelers dragging suitcases.

Some researchers have maintained that because senior citizens tend to take longer vacations and often travel in off-peak periods, they can help tourism businesses obtain more stable sources of income.

Taiwan’s 2021 National Filial Piety Travel Program shows how the tourism industry might avoid some of its troughs by leveraging senior citizens’ flexibility. The program was designed to solve two problems at one time. By offering Taiwan citizens aged 55 and above subsidies if they booked hotel rooms in Greater Taipei, Taoyuan, or Hsinchu during the Lunar New Year period, the authorities hoped to ease the traffic congestion caused by people traveling south to their hometowns for the holiday.

Additionally, tourist dollars would flow to hotels in the north, which have suffered from the pandemic-induced lack of international tourists and business travelers more severely than those in the south and east.

However, the authorities have not made the most of the opportunity to nudge retirees toward midweek and low-season travel. Many of the discounts enjoyed by citizens aged 65 or over (such as half-price tickets on Taiwan High-Speed Railway and Taiwan Railway Administration trains and reduced admission fees at national forest recreation areas) are available every day of the year.

At the National Palace Museum, older folks are entitled to free admission on weekdays. But even on weekends, they pay just NT$75, compared to the NT$150 charged their working-age counterparts.

Older travelers are already a key market for a number of companies, such as Golden Foundation Tours (GFT). In recent years, over-65-year-olds have accounted for around 40% of GFT’s clients, and the Taipei-based travel agency expects the proportion to increase, says GFT Travel Consultant Willy Han.

“According to our experience, older customers are willing to pay more for vacation packages,” he says. The agency, which was established in 1971, has not analyzed in depth how various age groups differ in their willingness to pay, Han’s impression is that older travelers typically attach greater value to the contents of a package, such as the accommodations, meals, and activities.

Senior-citizen customers require particularly attentive service both before the sale and once the tour is underway, notes Han. Retirees do not have to fit vacations around work commitments, but they expect itineraries to be explained to them in detail. While Han notes that older clients are more likely to compare one travel agency’s offerings with another, research studies have also shown that senior citizens show strong loyalty to agencies they have used in the past.

Every time GFT sends off a group of elderly sightseers, an assistant is assigned to support the guide despite the additional cost for the company. “Both we and our customers can be at ease knowing there’s an extra helping hand,” says Han.

“Safety is the first priority when we handle senior travelers,” he continues. “The accommodations need to satisfy certain accessibility criteria, and there must be a shower alert system or emergency call system in the hotel bathrooms.” Additionally, walking distances should be short, with gentle gradients and few stairs. Meals feature dishes that are low in oil, salt, and sugar.

Han notes that Taiwan’s elderly prefer a slower pace of travel. “They prefer itineraries that aren’t rushed, so they’re able to enjoy the journey and relax,” he says. “They’re also interested in outdoor areas such as farms and scenic areas where they can take photos and join activities that can broaden their horizons.”

Another business active in the seniors travel industry is Duofu Care & Service Co., Ltd. Established in 2009, Duofu says it was the first company in Taiwan to offer private-vehicle-accessible transportation. Since then, several taxi companies have also begun offering accessible transportation services. Those companies’ vehicles are metered, whereas Duofu uses its own formula to calculate fees, says Kevin Chuang, Duofu’s digital marketing specialist.

Duofu initially focused on non-discretionary travel, such as travel to hospital appointments. But at the request of its customers, the company soon branched out into devising and providing leisure trips.

In an average year Duofu serves approximately 15,000 customers, around half of whom are wheelchair users, says Chuang. The others are families that may include a person with mental disabilities, Alzheimer’s disease, or other disabilities.

“We never refuse any customer because of their age or health condition,” notes Chuang. “However, we make sure that they have a companion to travel with them when they choose to use our service, usually a family member or friend. Then we can focus on providing the best service we possibly can.”

Duofu pays close attention to their needs and preferences when designing itineraries for older travelers, explains Chuang. This often involves asking the client several additional questions to better understand their requirements. “For instance, they might be looking for tourist attractions with a wheelchair-accessible restroom nearby, or they might like to reserve an accessible hotel room,” he says.

Chuang notes that Taiwan has made strides in the past decade in terms of accessibility for senior citizens and wheelchair users. One reason is that more companies offer elderly-related services than before. Another is government investment in facilities like barrier-free restrooms and tactile paving to help the visually impaired.

While noting that some destinations, like Sixty Stone Mountain in Hualien and Wuling Farm in the mountainous interior of Taichung, are already suitable, especially for older visitors, Chuang says more can be done. He calls for greater pooling of experience so stakeholders can jointly decide how best to enhance accessibility.

“We don’t have many partners in the hotel industry, but we’re trying to partner up with some,” he says.

The law requires hotels with 50 or more guestrooms to have at least one barrier-free room. In those with over 100 guestrooms, at least 1% of rooms should have facilities for people with physical disabilities. According to a Taipei Times report from September 18, 2019, many hoteliers in Taipei found that the rooms they remodeled to comply with this law were seldom used. But at the same time, disability activists complain that when they try to book these rooms, they are often unavailable.

At least one accommodations provider has decided to focus on the elderly and infirm. Comin’ Place, located in Taichung’s Wuri District, has gone the extra mile to ensure accessibility for its guests.

“Our hotel is not only suitable for the silver-haired but can also accommodate people with reduced mobility,” Comin’ Place told TOPICS in a written statement. “Each room is barrier-free, fitted with European-standard assistive devices, and reflects the principles of universal design.”

Comin’ Place currently has six long-term residents, but most of its 74 rooms host short-term visitors. “Every month, limited-mobility and special-needs tour groups choose to stay in our hotel,” the statement said.

In addition to offering meals that can satisfy various dietary requirements, the hotel hosts a range of activities appealing to the elderly, and the building was designed from the outset to include spaces where the elderly can socialize.

But if Taiwan’s tourism industry is to meet the needs of an aging population, it will need the right type of personnel in addition to appropriate hardware. An August 2015 paper in the journal Sustainability, based on questionnaires given to Taiwanese seniors joining “wellness” tours, provides some clues as to the expectations of that demographic. 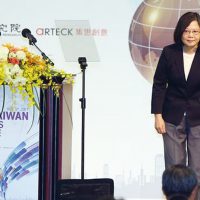 How is the “5+2” Innovative Industry Plan Progressing? 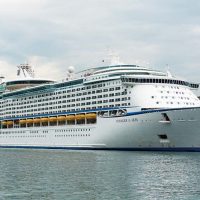 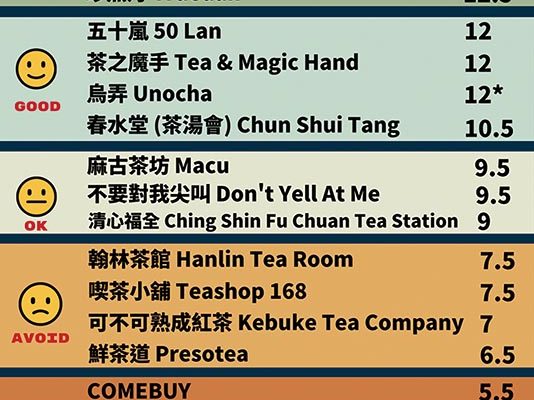