Taiwan has proposed changing the name of its de facto embassy in the U.S. from the Taipei Economic and Cultural representative Office to the “Taiwan Representative Office.” If Washington were to accept, it could cause diplomatic friction with Beijing. Photo: Wikipedia

The Executive Yuan on September 23 announced Taiwan’s bid to join the Comprehensive and Progressive Agreement for Trans-Pacific Partnership (CPTPP), applying as the Separate Customs Territory of Taiwan, Penghu, Kinmen, and Matsu, the name it uses to participate in the World Trade Organization (WTO).

The CPTPP was signed in 2018 by 11 countries: Japan, Canada, Australia, Vietnam, New Zealand, Singapore, Mexico, Peru, Brunei, Chile, and Malaysia. The partnership removes 95% of tariffs between members, covers 13.5% of global trade, and creates a market of 500 million people. According to the NDC, joining the pact would increase Taiwan’s annual economic growth by 2%.

China submitted its membership application to the CPTPP a week before Taiwan. All 11 member countries must agree on admitting or denying entrance applications and now face a difficult choice between Beijing and Taipei. China’s relations with certain key member countries, including Australia and Canada, have worsened in recent months, and several barriers to its admission remain, including requirements for reforming state-owned enterprises, intellectual property rights, and cross-border data flows.

However, Peru is a proponent of China’s accession to the CPTPP, given its position as Peru’s top trading partner and source of foreign investment. Singapore’s Foreign Minister has reportedly also welcomed China’s interest in joining the partnership.

Japan, which maintains increasingly warm relations with Taiwan, is the current chair of the CPTPP Commission but will relinquish that position to Singapore at the beginning of next year, narrowing the window for Taiwan’s acceptance into the pact. After Taiwan submitted its application, a Japanese Foreign Ministry official commented that Japan views Taiwan’s bid as a positive development. In addition, Australia and Canada are in discussions with Japan to explore paths for Taiwan’s entry.

But Taiwan may be disadvantaged by its ban on food imports from Japan’s greater Fukushima Prefecture. Taiwan’s top trade negotiator, John Deng, stated that he anticipates Japan will demand the ban be lifted as a condition for CPTPP entry. In other areas, Taiwan is expected to satisfy the CPTPP’s high standards on environmental policy, state subsidies, and workers’ rights.

The news was met with staunch criticism and a warning from Beijing against the conduct of official relations between the U.S. and Taiwan. China recalled its ambassador to Lithuania after the Baltic country decided to allow the opening of a representative office with the inclusion of the name “Taiwan” instead of the standard “Taipei.” Bonnie Glaser, director of the Asia Program at the German Marshall Fund of the U.S., argued that China would be under pressure to withdraw its ambassador to the U.S. under similar circumstances.

EU Support for Taiwan on The Rise

NDC Minister Kung Ming-hsin will lead a 65-person delegation in late October to Slovakia, the Czech Republic, and Lithuania, three European countries that donated vaccines to Taiwan. Announcement of the plan comes amid moves by the EU as a whole to expand trade and investment ties with Taiwan.

After lobbying efforts by the “Formosa Club,” an over 100-member caucus in the European Parliament that promotes pro-Taiwan policies, the European Parliament Committee on Foreign Affairs on September 1 overwhelmingly passed the EU-Taiwan Political Relations and Cooperation report. The report urges the EU to rename its European Economic and Trade Office the “EU Office in Taiwan” and work toward a bilateral investment agreement with Taiwan.

The EU is looking to Taiwan in particular to reinforce its semiconductor value chains. Beyond economic benefits, increasing ties with Taiwan is also a way for European politicians and governments to showcase their commitment to democracy and a values-driven foreign policy.

Beijing announced on September 19 that it would suspend the importation of wax and custard apples from Taiwan due to concerns over pests. Council of Agriculture (COA) Minister Chen Chi-chung stated in a press briefing that China acted unilaterally and without scientific evidence and criticized the timing of the announcement during the Mid-Autumn Festival holiday.

About 90% of Taiwan’s exports of the two fruits are shipped to China. The COA will earmark US$36 million to promote the domestic sale of the apples and expansion to other overseas markets. China previously halted imports of Taiwanese pineapples in February.

The most recent ban may be in retaliation to the U.S. considering a name change of the Taipei Economic and Cultural Representative Office in Washington to the “Taiwan Representative Office” or a response to Taiwan’s recently announced military budget increase. China’s move could deter CPTPP member countries from accepting either Taiwan’s or China’s bid to enter the pact out of fear of economic damages caused by cross-Strait trade disputes.

Taiwan’s annual military spending will increase by nearly US$9 billion over the next five years, according to the government. The extra expenditures will be in addition to the US$17 billion budget proposal for 2022 already passed by the Legislative Yuan in September. The Ministry of National Defense (MND) is seeking to use the increased funding to acquire new military technology, including homegrown precision missiles, high-performance naval ships, and weapons systems for existing warships.

The MND cited China’s growing military strength and significant investment in defense as the reason for the revised budget. China’s military spending in 2021 increased by 6.8% to US$208 billion, over 13 times the size of Taiwan’s regular military budget. In addition, its People’s Liberation Army Air Force has continued to launch near-daily incursions into Taiwan’s air defense identification zone (ADIZ), sending record numbers of military aircraft into the island’s southwestern ADIZ in the first week of October.

Meanwhile, the UK, Australia, and the U.S. announced on September 15 a new security partnership called the Aukus pact, reflecting the nations’ shared interest in counterbalancing China’s growing military power in the Indo-Pacific and a desire to increase support for partners in the region, including Taiwan. Aukus will cover diplomatic, security, and defense cooperation in the Indo-Pacific, to include joint work on cyber capabilities, artificial intelligence, quantum technologies, and undersea capabilities. 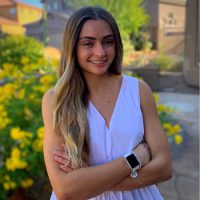 Grace Faerber 馮思思 is a Publications Intern for AmCham Taiwan during Fall 2021. She is interested in US-Taiwan relations, Taiwan’s domestic politics and foreign policy, and cross-strait relations. She is a second year master’s student at the Hopkins-Nanjing Center and a visiting student at National Taiwan University. 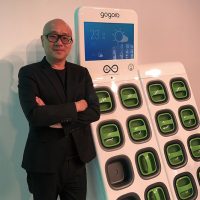