Sailors stand in formation in front of the domestically produced Ta-Chiang warship at the Su'ao naval base in Yilan County. Photo: Office of The President

Taiwan’s military is set to receive a windfall in the form of a five-year special budget focused on indigenous defense capabilities. Under the Six Core Strategic Industries initiative, the domestic defense supply chain is growing, though foreign technology still plays an integral role.

Since early 2020, Chinese military aircraft have regularly intruded into Taiwan’s southwest air defense identification zone (ADIZ). The relentless pace of the incursions – over 600 sorties since last year – and Taiwan’s limited options for response have highlighted the vulnerability of the island’s air defense as Beijing continues its encroachments. In August, China flew military helicopters into Taiwan’s ADIZ for the first time.

China’s ruling Communist Party is showing off the capabilities of the People’s Liberation Army (PLA) to a nationalistic populace, probing Taiwan’s air defense, and sending a warning to the U.S., Taipei’s paramount security partner. An ADIZ is used to identify, monitor, and control foreign aircraft but is not considered territorial airspace. Beijing’s provocations thus fall into a gray zone, a nebulous space between peace and war.

At the same time, China’s military spending continues to rise. Beijing said in March that it would spend ¥1.35 trillion (US$210 billion) on defense in the coming year, up 6.8% from the 2020 budget.

Taiwan’s military planners are worried. The Ministry of National Defense (MND) warned in its annual report assessing the PLA’s capabilities that the Chinese military could “paralyze” Taiwan’s anti-air and anti-surface systems. A barrage of cyberattacks by the PLA would weaken Taiwan’s ability to respond, the report said.

Given the rising threat from China, the defense component of the Tsai Ing-wen administration’s Six Core Strategic Industries plan becomes more important than ever. The initiative calls for developing a national defense supply chain and emphasizes the importance of building both indigenous naval vessels and aircraft.

In September, Taiwan’s Cabinet approved a draft defense bill authorizing a special allocation of up to NT$240 billion (US$8.7 billion) for the purchase of indigenous weapons over a five-year period. The acquisitions will include anti-ship missiles, air defense systems, unmanned aerial vehicles (UAVs), cruise missile systems, and submarines, as well as weapon systems for the Coast Guard. The allocation will be treated as a special budget, freeing it from provisions of the Budget Act that normally constrain defense spending to around 10-11% of the total annual national budget.

While the arms must be manufactured in Taiwan, foreign technology can be incorporated if necessary. “Think of it as a cocktail policy – an indigenous base with foreign [mostly U.S.] technology mixed in,” says Su Tzu-Yun, senior analyst at the Institute for National Defense and Security Research (INDSR), an MND-affiliated think tank. That approach can speed up the development of some weapons as the related technologies could take Taiwan many years to develop on its own, he adds.

It is an approach that also brings its share of challenges, as seen in the lengthy process to upgrade the anti-air and anti-missile capabilities of the navy’s Kangding-class frigates. The upgrades are the largest in the frigates’ 25 years of service and will cost NT$43.1 billion, with an expected completion date of 2030. Efforts to upgrade the vessels began as early as 2016, according to local media.

The frigates, which were procured from France in the mid-1990s, are currently armed with indigenous Hsiung Feng (Brave Wind) II anti-surface missiles and American Sea Chapparal anti-air missiles. However, the Sea Chapparal missiles’ limited range – just 8 kilometers – makes them inadequate for defense against modern anti-ship missiles and aircraft. The navy wants to replace them with the indigenous Tien Chien (Sky Sword) II missile system, which has a range of up to 30 kilometers.

As part of the upgrade process, Taiwan purchased the Mark 41 Vertical Launching System (Mk 41 VLS) from Lockheed Martin, which was delivered in 2019. According to local media, Taiwan’s National Chungshan Institute of Science and Technology (NCIST) then attempted to reverse-engineer the technology in a bid to develop an indigenous version tailored to Taiwan’s own shipborne surface-to-air missiles. However, Lockheed Martin reportedly is unwilling to provide additional parts or technology if NCIST does not pay the requisite licensing fees.

“In modern warfare, everything is networked and you need all the systems to be able to communicate with each other,” says Zivon Wang, an associate research fellow at the Taipei-based Council on Strategic & Wargaming Studies. “But if the U.S. does not sell the proper interface to Taiwan, it will have trouble linking the different systems on the network.”

To be sure, upgrading French-made frigates that use both U.S. and indigenous technology is a complex undertaking. “Some systems need export licenses and to get the capabilities of those systems, it is necessary to go through a process,” says Roger Yee, former president of Raytheon Technologies Taiwan, who at the time of this report was founder and global president of Taipei-based security consultancy Magna Imperium Consulting.

He notes that the process must take into consideration how the foreign combat system integrates with Taiwan’s indigenous surface-to-air missiles and if it can work with the country’s indigenous missile defense system. Taiwan must provide a large amount of information to the supplier to ensure smooth communications and functionality between the different systems.

To get the hybrid frigate right, “it’s going to take a lot of work,” Yee says.

Meanwhile, Taiwan is developing a domestic guided missile frigate under the code name Project Ocean Tremor with a combat system similar to the U.S.’ Aegis. Yee notes that the Taiwanese government is keen to develop the combat system for the Ocean Tremor frigate entirely indigenously. Speaking at the Legislative Yuan last December, Navy Chief of Staff Lieutenant General Ao I-chih said that the indigenous frigate’s combat system is still under review and its feasibility is yet to be determined.

One area of warfare in which Taiwan already has formidable indigenous capabilities is missile defense. Given that strength, and Taiwan’s pivot to asymmetric warfare to counter China’s quantitative advantages, the Tsai administration plans to ramp up missile production. Part of the special defense spending package will be used to accelerate production of the Tien Kung (Sky Bow), Tien Chien, and Hsiung Feng series of missiles, according to the MND.

The range of Taiwan’s current missile arsenal is estimated to be between 250 and 600 kilometers, which is sufficient to strike targets in China’s Fujian Province, but not farther afield. Longer range missiles – greater than 1,000 km – are reportedly under development. These include an unnamed hypersonic missile program and a supersonic land-attack cruise missile called Yun Feng (Cloud Peak).

When it comes to Taiwan’s asymmetric capabilities, “missiles are the priority,” says INDSR’s Su. Not only are missiles mobile and lethal, but they also are inexpensive compared to things like frigates. “You can buy 500 missiles for the price of one frigate,” he says.

Su believes that Taiwan must focus on strengthening the efficacy of its medium-range missiles. “This has to be improved quickly because it is very important for protecting Taiwan’s airspace,” he says.

Missile defense would be integral to foiling a PLA attack on the island. “Even in the event of a massive missile and air strike, the PLA likely will fail to destroy the mobile portion of Taiwan’s air defenses,” says Rick Fisher, senior fellow on Asian military affairs at the International Assessment and Strategy Center in Washington, DC. “If Taiwan can down a large proportion of PLA assault helicopters, airborne troop carriers, and unmanned aerial combat vehicles (UCAVs), then the success of a PLA invasion will be put into grave doubt.”

Fisher estimates that Taiwan would need 1,000 long-range (1,000 to 2,000 km) ballistic missiles by 2024, which would allow it to strike gathering PLA invasion forces from Hainan Island to the Bohai Sea. If Beijing faces the possibility of its amphibious troop ships and civilian ferry troop ships being disabled or sunk as they load troops in port, it will be less willing to attempt an invasion of Taiwan, he says.

Fisher notes that Taiwan could expedite its own production of these missiles if the U.S. provided Taiwan with access to the right missile technologies. But to achieve this goal, Washington “should be prepared to transfer the balance of what Taiwan cannot produce.”

While Taiwan has made considerable progress bolstering its defense in recent years, questions remain about the adequacy of those efforts. Overall spending – the proposed 2022 defense budget is NT$471.7 billion (US$17 billion), up 5.6% over 2021 – and how the money is being spent are both problematic, some observers say.

“Given the risk level, the proposed budget remains insufficient,” says Ross Darrell Feingold, a Taipei-based lawyer and political risk analyst. “The flat personnel expenditure is a significant concern for a military that has struggled to attract and retain talent.”

Grant Newsham, a senior fellow at the Center for Security Policy in Washington, DC and a former U.S. Marine colonel, advises Taiwan to “spend money and revitalize the defense profession with a committed, systematic effort to upgrade terms of service.” Doing so would have positive knock-on effects, since “this unmistakable evidence of Taiwan ‘helping itself’ will be noticed in the United States,” he says.

A commitment to holistically rejuvenate the defense sector could also help the Tsai administration accomplish a long-term goal of the Six Core Strategic Industries initiative: positioning Taiwan as an important global supplier to the shipbuilding and aviation sectors.

A thriving domestic defense industry would both fulfill military needs and benefit the overall economy, with a significant economic multiplier effect, says INDSR’s Su. As for the industry’s global prospects, he says: “Can Taiwan be in the U.S. and NATO supply chain? IP protection and security concerns must be addressed.”

Meanwhile, Feingold says that an important trend that deserves more attention in Taiwan is Beijing’s growing ability to simultaneously manage multiple security developments. He notes that unrest in Hong Kong, the COVID-19 pandemic, and armed confrontation with India did not materially affect Beijing’s ability to invest in the military resources that would be used in a war with Taiwan, or conduct exercises to prepare for such a conflict.

With that in mind, Taiwan’s military and civilian leadership should be more proactive in engaging the public about the possibility of a kinetic conflict with China, which “is real if not imminent,” Feingold says. “This broad preparation across stakeholders remains lacking.” In an August Taipei Times commentary, former MND Strategic Planning Department Deputy Director Yao Chung-yuan urged the government to boost the defense budget, Taiwan’s defense autonomy, and its whole-of-nation civil defense plan. “This would show the international community that Taiwanese have an iron will to resist Chinese aggression and are capable of defending themselves. It would also signal to Beijing that if it were foolish enough to start a conflict with Taiwan, it would pay a heavy price,” Yao said in the commentary. 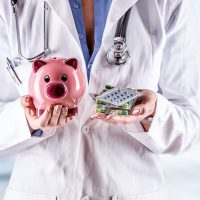 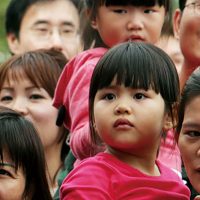