The new plant is primarily intended to help meet the high global demand for TSMC’s chips. Wei expects the company will experience growth in Q4 supported by strong demand for its 5 nm technology, while total growth in 2021 will reach 24% year-on-year. He also predicts that customers will continue to increase their inventory, and that capacity in 2022 will remain tight. TSMC’s gross margin in Q3 grew 1.3% from the previous quarter to 51.3%, owing to improved manufacturing processes and increased yields.

According to Nikkei Asia, TSMC and Sony are considering joint construction of the plant in western Japan. The cost of construction is estimated at US$7 billion, and the Japanese government is willing to shoulder up to half of that sum. Korean media has reported that if TSMC accepts financing from the Japanese government, South Korea may file a complaint with the World Trade Organization, citing the loss of semiconductor exports to well-subsidized plants in Japan.

In early October, the Minimum Wage Review Committee, a body established by the Ministry of Labor (MOL), decided to once again raise Taiwan’s minimum wage. The monthly salary will be raised by 5.21%, from NT$24,000 to NT$25,250, while the hourly wage will increase from NT$160 to NT$168.

The decision, which will take effect on January 1 next year, constitutes the sixth minimum wage increase implemented under the Tsai administration and Taiwan’s largest in the past 15 years. 2.45 million workers are expected to benefit from the raise. Observing that Taiwan’s economic growth is at an 11-year high, Executive Yuan spokesperson Lo Ping-cheng stated that the fruits of such growth should be shared equitably.

Additionally, Minister of Labor Hsu Ming-chun told the Legislative Yuan on October 13 that it is working on a plan to provide wage subsidies to industries hit hard by the pandemic, such as dining and travel. The plan will be announced before the end of the month.

Democratic Progressive Party legislator Fan Yun and labor organization leaders stated that in order to ensure that minimum wage increases keep pace with living costs, such adjustments should be tied to metrics such as annual growth in the consumer price index and per capita monthly consumption figures. They urged the Executive Yuan to submit a draft plan as soon as possible.

As Taiwan’s pandemic situation has stabilized, the labor market continues its gradual recovery from an outbreak of local COVID-19 cases over the summer. At a press conference on October 13, the Directorate-General of Budget, Accounting and Statistics (DGBAS) stated that total employment in the industrial and service sectors reached 8.93 million in August, an increase of 30,000, or 0.36%, from the previous month.

At the end of September, the DGBAS pointed out that employment numbers in the dining, retail, education, arts, entertainment, and other service industries hurt by the pandemic have recovered. The accommodation and food service industry saw employment in August increase by 10,000 month-on-month, and the retail industry saw an increase of 8,000 workers.

DGBAS Deputy Director Chen Hui-hsin said that while the labor market in September appears to have stabilized, it has not returned to pre-pandemic levels. 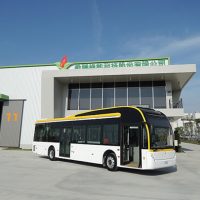 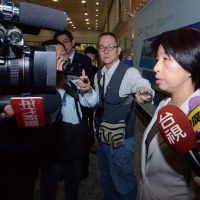 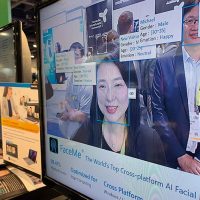