One of the biggest challenges of my first year as Chairman of AmCham was handling the fallout from our first bilingual English-Chinese White Paper. The annual AmCham White Paper had traditionally been an English-only document, but that year the Chamber sought to broaden its reach by making it bilingual. Before departing for the Washington Doorknock, we dutifully made the rounds of the Taiwan government to introduce the White Paper, which as always was politely received without controversy. Later, at our closing press conference in Washington prior to returning home, we casually left a stack of White Papers on a table for the press corps (mainly from Taiwan) to pick up on the way out.

Having a Chinese translation made it easier for the Taiwan press to absorb – and to quote! By the next morning the Taiwan papers blared that AmCham had flown to Washington to attack then President Lee Teng-hui’s China policy. The White Paper had taken the position that the “‘No haste, go slow’ investment policy and failure to allow more cross-Strait connectivity would have a negative impact on Taiwan’s economy” and conflicted with the government’s intention to build Taiwan into an “Asia-Pacific Regional Operating Center.” Returning to Taipei, we were called into the office of Vice Premier John Chang (now Chiang) for a tongue-lashing, saying that AmCham was disregarding Taiwan’s national security and not behaving as proper guests should. My headshot made the cover of local news weekly The Journalist with the headline “AmCham Leader Dares to Criticize Lee Teng-hui!”

We took a lot of short-term heat, but in the end this White Paper and the decision to make it bilingual established that AmCham could lobby effectively for changes in sensitive local policies when they directly affected American business interests.

The central issue of this White Paper became a major theme for AmCham: Taiwan risked becoming marginalized in the world economy if it failed to address the attraction of China as a high-growth investment destination by easing the cross-Strait economic relationship. The advice was not heeded at the time, and some opportunities were lost during succeeding administrations in Taiwan.

By the time concrete steps were taken to improve the Taiwan-China relationship during the administration of President Ma Ying-jeou, the focus of American business had moved decisively from Taiwan to China, and the dream of building Taiwan into a regional operating center for multinationals never came to fruition.

Shortly after the White Paper imbroglio, Premier Vincent Siew graciously agreed to speak at a major AmCham event. And years later, I had the honor to host former President Lee at a performance sponsored by my company; if he had been upset with us, he didn’t show it. Ironically, when cross-Strait flights finally did open, the TV news showed John Chiang himself taking the first CAL flight to the mainland!

This White Paper was issued at the height of the U.S. government’s policy of “engagement” toward China. AmCham lobbied hard for both Taiwan and China to be admitted into the WTO.  American companies had built successful businesses in Taiwan; we did not want to lose that, but the real prize was seen as China. We all believed that China would liberalize through WTO membership, gradually adopting global norms with respect to human rights and the rule of law, and that relations between Taiwan and China would naturally grow warmer over time. Some of our hopes did materialize. I myself would leave Taiwan a few years later and spend the next 15 years living and working in China.

But China has taken a different path than we expected, and relations between China and the U.S. – and Taiwan and China – have reached lows not seen for many decades. Hopefully the continued business presence in both markets by American companies can help to ease tensions, while continuing to uphold the values that have kept America at the forefront of business innovation and governance.

Recently I came across a piece that I wrote for TOPICS around that time, noting that on Doorknock the U.S. administration frequently seemed to think of Taiwan as a “problem” getting in the way of better relations with China. What I wrote then still seems relevant today: “America [should] pursue its own interests in Asia – including support for democracy, peace and stability, economic growth, and strong trade relations with both China and Taiwan… By following U.S. commercial interests and historical ties, we can transform this problem into an opportunity to contribute positively to stability in the region.” 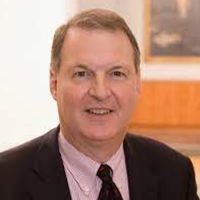