Chen Shyh-wei, executive director of the NCSD, points to a poster of the "T-SDGs," Taiwan's version of the UN-initiated SDGs. Photo: Angelica Oung

Despite its lack of member status in the UN and exclusion from official participation in the organization’s Sustainable Development Goals program, Taiwan has answered the call in its own way, adapting the SDGs to the island’s particular circumstances and conducting voluntary reviews to measure its progress on multiple indicators.

In 2015, the United Nations (UN) introduced a set of 17 objectives aimed at eradicating poverty, protecting the planet, and ensuring that all people can enjoy peace and prosperity by 2030. It dubbed this framework the Sustainable Development Goals (SDGs) and called upon the world’s countries to come together to “achieve a better and more sustainable world” through their realization. Taiwan, not being a member to the UN, was excluded. But that did not mean the Taiwanese government was failing to pay attention.

Taiwan’s National Council of Sustainable Development (NCSD) was established by the Executive Yuan in 1997 and is the government body tasked with implementing the SDGs in Taiwan. Chen Shyh-wei, the council’s executive director, gives the odd visitor tours through its office, which is plastered with posters illustrating the various SDGs in English and Chinese. He points to a colorful SDG pin on his lapel and places several thick volumes of SDG-related reports and data on his desk.

“We paid immediate attention to the SDGs as soon as they were announced by the UN and worked on how to connect our existing sustainability efforts to them,” says Chen. “That is how we came up with our ‘T-SDGs.’” The “T,” of course, stands for Taiwan.

The T-SDGs align with those set by the UN but are localized to fit Taiwan’s specific conditions. The NCSD has also added an 18th goal – a nuclear-free homeland, which is uniquely Taiwanese, in line with the Tsai administration’s policy of phasing out nuclear power by 2025. Chen explains that each goal is broken down into actionable and measurable indicators that can be compared with similar efforts around the world. For instance, Goal 3 (Good Health and Well-Being), consists of 39 indicators, including the island’s smoking rate and deaths from dengue fever.

Data collected for another indicator, which tracks scooter-related deaths of people between the ages of 18 and 24, shows that 366 young people died from scooter accidents in 2015. The goal for the Ministry of Transportation and Communication, the relevant government department for this indicator, is to reduce such deaths to under 170 per year by 2030.

Carrying out the T-SDGs is a monumental effort, as the NCSD must not only coordinate among central government departments, but also local jurisdictions and even Taiwanese businesses. A committee comprising 12 government department heads, 12 academics and experts, and 12 representatives from civil society organizations came up with the Taiwan-specific goals and indicators for the T-SDGs, but it’s up to the individual agencies to execute these goals.

“It’s our job to organize all the reported information and see how they are progressing on their goals, but we only have carrots and no sticks,” says Chen, whose responsibility includes keeping track of everything from money laundering to a refuge for terns on the offshore island chain of Matsu.

Taiwan’s first Voluntary National Review (VNR) of the implementation of the UN’s SDGs was released in September 2017. The publication recognized the call to collective action provided by the SDG framework and pledged to make regular reviews of Taiwan’s own progress “a key step in implementing its sustainable development goals.”

The UN was unable to do more than acknowledge receipt of the document. However, Chen and his colleagues, working with the Ministry of Foreign Affairs, make every effort to connect Taiwan’s efforts with the world.

“We hope to submit our next VNR to the UN’s High Level Political Forum in New York next July,” says Chen. “We will also hopefully hold some events in New York to share our experiences, even though we are not able to join the forum ourselves.”

Since Taiwan cannot officially participate in the SDG initiative, it must rely on contact between its government departments, cities, and NGOs and those of member countries. Such exchanges allow Taiwan to learn from the experiences of others and share its own best practices.

Taipei City, for instance, uploaded its 2019 Voluntary City Review to the website of Japan-based Institute for Global Environmental Strategies, which led to an invitation to the 2020 London Climate Action Week. Deputy mayor Huang Shan-shan attended the event virtually.

To be sure, Taiwan’s sustainability efforts pre-date the launch of the SDGs. Given that it is a small island short on many natural resources, a sustainable mindset is crucial for Taiwan. Yet for those heading the T-SDG efforts, it is still important for Taiwan to link up with the global push toward achieving SDGs, even if unofficially.

Ho Ching-jen, a section chief of the NCSD, says that communication is a key element of its international outreach. “For us, the SDGs are like a common language we can use to communicate with the world about our sustainability efforts,” he says. “It’s important to work together and learn from each other.”

Ironically, Goal 17 calls on members to work together to achieve the SDGs. According to the UN, countries should “strengthen the means of implementation and revitalize the global partnership for sustainable development.”

“To my understanding, Goal 17 means we’re not leaving anyone behind, so it’s hard to understand why Taiwan is again being excluded,” says Ho. “It’s just like how we are left out of the World Health Organization.”

Chen expresses hope that Taiwan and the world’s adherence to the SDGs will transcend politics. “Air pollution does not respect borders, global warming does not care about political boundaries, and viruses don’t stop at Customs,” he says.

His next goal is to raise the profile of the SDG progress made by Taiwanese people and businesses to create more buy-in for the NCSD’s efforts. Taiwan can be proud of hitting 90% of its interim targets for Goal 16 (Peace, Justice and Strong Institutions), for instance. Meanwhile, there are also other indicators where Taiwan has missed the mark, such as reducing the use of plastic bags.

“Only 18% of Taiwanese people have heard of the SDGs,” says Chen. “And while 90% of businesses are aware of them, more than 40% don’t know how to participate in their implementation.”

“We are also working on more indicators where Taiwan can directly compare with international data,” he says. Currently, Taiwan has 43 such indicators, compared to 61 for the U.S., 65 for Japan, and 69 for Finland.

Intermediate objectives aside, Chen is most focused on Taiwan achieving its 2030 goals, which would put it in line with the SDG deadline. “After that there will be a new set of goals,” he says.

Regardless of whether the UN will be able to offer anything more than an obligatory acknowledgement, Taiwan is determined to meet the world with its SDG report in hand in 2030. 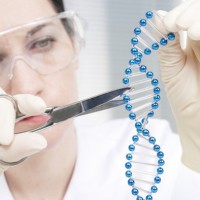