According to the Ministry of Economic Affairs’ Export Processing Zone Administration (EPZA), the acceleration of emerging technology applications and strong demand for chips brought about by the COVID-19 pandemic has raised the revenue of Taiwan’s technology parks. Total revenue for the first half of this year exceeded NT$210 billion (US$7.2 billion), while trade revenue surpassed NT$12.7 billion (US$456 million), the highest amount on record for the same period.

The technology parks, which have been around in Taiwan for half a century, are major centers of semiconductor testing and packaging, as well as display, optics, electronic, and digital content production, and they are well-known for their technological capabilities. There are currently 10 technology parks across Taiwan, including those located in Taichung, Kaohsiung, and Pingtung.

EPZA Director General Yang Po-keng said that as the global economy has begun to stabilize and recover, the technology parks’ imports and exports in June were quite strong, rising 53% and 28%, respectively, from the same month last year. He added that as trade continues to expand, the future looks bright for the parks.

As the local outbreak of COVID-19 in Taiwan continues to subside, the island’s labor market is also showing signs of improvement. The Directorate-General of Budgeting, Accounting and Statistics announced on August 23 that Taiwan’s unemployment rate in July fell to 4.53%, a 0.27 percentage-point decrease from the month previous. Yet it still constitutes the highest unemployment rate for July since 2011.

On August 26, the Ministry of Labor indicated that newly registered jobseekers recorded by its Employment Service Centers in July numbered 94,297, an increase of 9.14% from June. On average, each jobseeker has 1.29 job opportunities, a 20% jump from the previous month and a sign of recovery in the domestic market.

Taiwan’s Ministry of Finance has indicated that deed tax revenue in 2020 totaled NT$16.2 billion (US$582 million), the third highest amount on record. The primary sources of this increased revenue were Taiwanese businesses reshoring and building factories in Taiwan, the purchase of offices by corporations, and the wave of housing transactions that took place last year. New Taipei City had the highest number of deed tax filers last year, while legal-person declarants were mostly concentrated in Greater Taipei and Taichung, reflecting the industrial clusters in those locations.

The deed tax mainly comes from real estate purchase agreements, which made up 93.6% of the deed tax revenue last year. It is also the tax category for which Taiwanese natural persons pay the most tax. 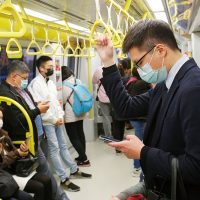