The Directorate-General of Budgeting, Accounting and Statistics (DGBAS) announced on August 8 that the number of people employed in Taiwan’s industrial and service sectors at the end of June had fallen to 8.02 million, down 93,000 jobs from late May. It constitutes the biggest drop in employment in Taiwan’s history.

The DGBAS indicated that of the jobs lost, 30,000 were in the hospitality and food and beverage sectors, while arts and entertainment and leisure services dropped by 17,000, and wholesale and retail were down by 11,000 jobs.

According to the DGBAS, these job losses resulted from the continuation in June of Level 3 pandemic restrictions that were imposed in May in response to an outbreak of local COVID-19 infections. As the restrictions are gradually eased, the DGBAS expects that Taiwan’s employment market will also start to stabilize.

Disney+ to Launch in Taiwan in November

The company stated that the platform will become available in Taiwan, Hong Kong, and South Korea starting in November, but has not yet announced the exact date that consumers in those locations can begin accessing the service or which payment methods it will accept.

Taiwanese subscribers to Disney+ will be able to stream popular films and series under the company’s Disney, Pixar, Marvel, Star Wars, National Geographic, and Star brands. Such titles include WandaVision, Loki, and the Mandalorian.

Suffering from the impact of the COVID-19 pandemic, local hotel group My Humble House recently reported a Q2 loss of NT$400 million, a 9.72% year-on-year drop. Its net loss after tax was NT$260 million, and the company’s stock slid by NT$2.33 per share, the company’s largest-ever quarterly loss.

My Humble House noted that after the local COVID-19 outbreak began in May, restaurants across the island were prohibited from offering dine-in services. Meanwhile, Taiwan’s borders have remained closed to international travelers, and Taiwanese citizens have temporarily ceased traveling domestically. Overall revenue for this period has therefore been much less than originally expected.

Sheraton Grand Hotel Taipei, Le Méridien Taipei, and MU JIAO XI HOTEL have each successively begun transforming their business strategies, introducing takeout services for their self-serve buffet restaurants, with the hope that this would keep their business growing. The overall performance of delivery and takeout for these hotels is currently stable. 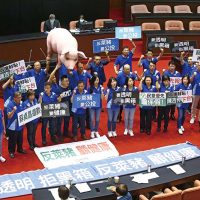 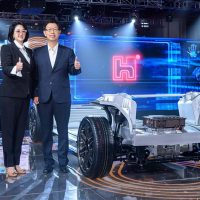 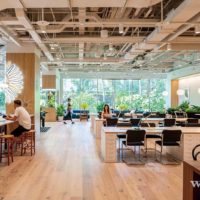 The Changing Nature of Coworking in Taiwan