Taiwan’s Bureau of Energy and the British Office Taipei held the Third Taiwan-Britain Energy Dialogue on July 6, during which the two sides signed a memorandum of understanding to cooperate in the field of offshore wind power and agreed to share technology and exchange information.

In addition to discussing carbon reduction and offshore wind power policies, the two sides agreed to collaborate on a UK-Taiwan net-zero carbon pathway and will hold a new energy technology workshop at the end of the year.

The Third UK-Taiwan Energy Dialogue was co-chaired by Yu Cheng-wei, Director General of the BOE, and Julie Scott, Head of Energy Diplomacy for the UK’s Business, Energy & Industrial Strategy (BEIS). In addition, several related departments and agencies were invited to participate.

During the meeting, the BOE’s Yu stated that Taiwan has set specific energy transition goals in response to climate change, aiming to generate 20% of its power from renewable energy by 2025 and achieve net-zero carbon emissions by 2050. Promotion of offshore wind power is a current development priority, he noted, adding that continued and deepening dialogue between Taiwan and the UK will benefit the development of offshore wind power for both partners.

Scott said that she is glad to hear about Taiwan’s ambitions to reduce its carbon emissions. She stated that through close cooperation and information sharing, the two sides can develop clear policy solutions and innovative technologies to support zero-carbon energy transition.

Local travel agencies Lion Travel and Phoenix Travel announced on July 15 that their recently introduced Guam vaccine tour packages have been sold out. However, they noted that more services are being planned to meet the needs of travelers looking to get vaccinated in Guam. The industry expects that airline companies, including EVA, will benefit from the high demand.

Due to Taiwan’s prioritization of COVID-19 vaccines for the elderly and medical professionals, many young and middle-aged people have chosen to go abroad to get vaccinated. In order to accommodate the increased demand for such packages, Lion Travel made an emergency application to switch aircrafts for its 22-day Long Stay vacation package to the larger A330-300, all 305 seats of which have since been booked. Some estimate that this upcoming charter flight will constitute the largest number of passengers to depart Taoyuan International Airport on a single aircraft since the pandemic began.

Lion Travel said that most participating passengers are families with children and young adults, with travelers under the age of 50 accounting for 75% of tour package purchases. The company also noted that more than 70% of tickets for its subsequent seven-day packages have already been sold.

To meet market demand, Lion Travel stated that it will release four more Guam travel bundles, including a five-day excursion in August. All are now available for pre-order.

Taiwanese biotechnology firm TCI Biotech announced on the July 12 that it had signed a letter of intent with U.S.-based NewAge Inc., a NASDAQ-listed health products company, to acquire NewAge’s production facility and OEM sales business in the U.S. state of Utah. The factory is expected to resume post-transfer operations as soon as the fourth quarter of this year.

TCI Biotech will obtain the rights to operate the approximately 50,000-square-meter factory and will become one of New Age’s manufacturing partners. In exchange, TCI will provide NewAge with at least US$3.5 million in factory revenue over the next five years.

TCI said that it has several goals and projects planned in cooperation with NewAge, including shortening its supply chain and providing immediate response services for more American customers. In addition, TCI will use the newly acquired factory as its U.S. headquarters, investing more than US$3 billion to expand production by 2023.

In addition to NewAge, TCI also acquired Taiwanese startup Medigen Biotech Inc. earlier this year. TCI Chairman Vincent Lin said that with these two acquisitions, he aims to form a Taiwan Biotechnology Alliance within the next ten years, in order to facilitate the exchange of technology and resources and create synergy between the parent and subsidiary companies. 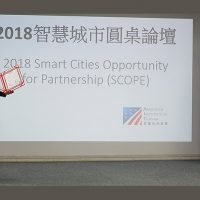