Taiwan acacia - also known as Formosan koa - is traditionally used as firewood and to make charcoal. However, the lumber from this endemic species has become prized for its distinctive wavy grain pattern. Photo: Pei-yin Hsieh

Taiwan acacia is traditionally used as firewood, but Taiwan’s king of carton packaging, Caho Chen, and a team of innovative young people have developed methods to turn this neglected endemic hardwood into pricey bathtubs, customized guitars, and novel whiskey barrels. How did they transform this once-cheap commodity into a sought-after luxury material?

Taiwan acacia logs worth hundreds of millions of New Taiwan Dollars are stacked in heaps on the premises of Sen Hsin Industrial Co. Ltd. in Hsinchu County’s Xinfeng Village. Inside the factory, a 5-axis CNC machining center from Italy that cost NT$6 million (about US$214,000) is processing a plank of this hardwood into parts for a guitar.

The logs are sourced from low-elevation mountains and forests in Taiwan. Also known as Formosan koa or Asian walnut, Taiwan acacia (Acacia confusa) is traditionally used as firewood and to make charcoal. But Lin Hwa-ching, director general of the Forestry Bureau under the Cabinet-level Council of Agriculture, sees much greater potential for this natural resource.

Sen Hsin President Caho Chen, “the hidden champion of the carton industry, and a group of young people brought their creativity into play,” Lin says. “Formosan koa wood is being made into bathtubs that cost US$100,000 apiece, as well as guitars and ukuleles that are sold worldwide.” Thanks to these new, high-end purposes for the hardwood, there is an opportunity for an environmentally sustainable comeback for the logging industry, Lin says.

Before 2017, Chen spent years building a successful carton manufacturing business in China. His factories in Shanghai and Suzhou churned out carton boxes for electronics products such as monitors, laptops, consumer electronics, and LCD TVs, mainly for Taiwanese customers.

The packaging business generated stable revenue, but Chen became tired of his nomadic life, desiring instead to chase new business opportunities in an industry that did not focus so much on cost cutting. He wanted to found an enterprise in Taiwan that had the potential to sell value-added products globally. Wood processing seemed a logical choice for Chen, who graduated from the Woodworking Department of National Hsinchu Senior Industrial Vocational School.

In the beginning, he participated in trade shows in the U.S., touting what seemed the natural choice from a marketing point of view – walnut, a very popular wood for making furniture. But an American customer quickly poured cold water on his expectations. “You buy American walnut to process it  in Taiwan and then ship it back to the U.S.? We can do this ourselves. Why would I want to buy it from Taiwan?” the customer asked, incredulous.

The comment dashed Chen’s hopes and caused him to reconsider his options. Clearly, processing American walnut in Taiwan for export was not a suitable model for boosting the profile of Taiwanese products in the world. He needed to change direction.

Four years ago, Chen was having a meal at a streetside eatery in Xinfeng Village when he noticed a truck loaded with a heap of logs. The wood caught his eye because of its varying bold and wavy grain patterns. After he stopped the truck to ask, he learned that the cargo was Formosan koa.

When researching the wood, Chen found out that Taiwan was exporting massive amounts of Formosan koa timber every year to China, where it was processed into wooden flooring for export to the U.S. Thanks to its hardness, decorative grain patterns, and attractive color, this wood is also known abroad as Taiwanese ebony or red hickory.

The wood was actually promoted to fame by a Chinese entrepreneur. Taiwan used to export more than 1,000 container loads of Formosan koa annually to China, where the timber was processed and then exported to the U.S.

Chen thought, why not turn Taiwanese wood into value-added final products himself? From then on, he embarked on a mission to promote Taiwanese wood products. That’s how all the Formosan koa that previously would have been shipped to China found its way into the Sen Hsin warehouse.

Chen put together a team of twentysomethings and established two brands: The Egg (egg design), which focuses on the domestic market, and the export brand Waveaffects, which showcases the wavy pattern of Taiwanese wood that Chen hopes will gain a good international reputation.

One of the younger people that Chen recruited for his team is Brand Manager Sun Chi-hao. Upon graduation from the Department of Environmental Engineering at National Chung Hsing University, Sun originally ran a musical instrument store in Hsinchu and had also gained some popularity moonlighting as a math teacher at a local cram school.

“The boss (Chen) told me that I shouldn’t work as a simple carpenter but should set my sights on the world, building a woodworking industry with a technological edge,” recalls Sun. Eventually Chen convinced him to take the job as brand marketer.

Formosan koa is difficult to plane or machine because its grain easily tears or chips. Therefore, scientific and engineering expertise was vital for the team.

Vic Lin, vice president of Yongzai Forestry Co., which grows Formosan koa on the Hengchun Peninsula in the south, points out that the tree is an endemic species. Due to Taiwan’s climatic conditions, which include typhoons in the summer and strong, cold winds in the winter, Formosan koa is hard and does not easily break due to external forces but presents some challenges. “When your processing technology is not mature, you are not only wasting time and effort, but you also risk the wood warping after use,” Lin explains.

Sen Hsin spent three years researching ways to process Formosan koa. “We were looking to turn what others regard as shortcomings into advantages,” says Chen. To solve the warping problem, Chen and his team used mechanical calculation and adjustment as well as structural design to ensure that all wood pieces tightly lock together to form strong mechanical connections.

After achieving a breakthrough in the processing technology, Sen Hsin began to release various products such as tables, chairs, bathtubs, cups, hats, and even guitars.

The pleasant woody scent of Formosan koa hangs in the air from a custom guitar that sells for NT$160,000. Thanks to its hardness and density, Formosan koa has tonal qualities that make it a good choice for acoustic string instruments such as guitars and ukuleles. And thanks to the wood’s decorative and wildly varying grain patterns, every instrument looks distinctively different.

A wooden bathtub will set you back US$100,000, a price that seems astronomical at first. But piecing together an exquisitely sculpted bathtub using joinery techniques instead of nails and screws, plus following a structural design that is leakproof, takes half a year.

What does the development of this niche industry mean for Taiwan? First, by using home-grown wood, Taiwan can import less natural wood from abroad, thus helping reduce logging and preserve virgin forests.

Second, value-added wood products ensure that domestic timber does not go to waste. Formosan koa trees need to be harvested when they are between 80 and 100 years old or else they will rot away, releasing the carbon stored in them as carbon dioxide into the atmosphere.

An effective way of pulling carbon from the atmosphere is to plant tree seedlings, fell them when they have grown into mature trees before they die, and then replant. However, if wood products are too cheap, there is a lack of incentive to plant and manage forests. Consequently, developing innovative applications and new markets for home-grown timber is extremely important.

Currently, Sen Hsin’s annual revenue from the wood business – just a few million New Taiwan Dollars – pales in comparison to the NT$22 billion generated by paper packaging. But guitars and bathtubs from Formosan koa, as well as beer with a smoked koa aroma, are proving popular. The state-owned Taiwan Tobacco and Liquor Corp. is even planning to age some of its whiskeys in Formosan koa barrels to produce a spirit with a unique Taiwanese flavor.

Over the past four years, Sen Hsin has continuously invested in the future, hoping to create business opportunities worth more than NT$2 billion per year by using wood from sustainably managed forests in Taiwan.

This article is reprinted, with editing and updating, with permission from the publisher. Translation from the original Chinese was done for CommonWealth by Susanne Ganz. 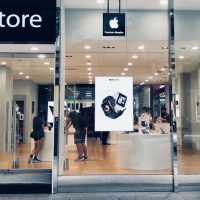 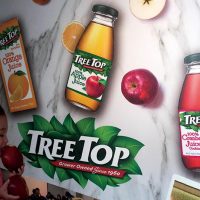 By Austin Babb and Jason Wu Train Derailment in Hualien Kills 49 On April 2, passenger train Taroko Express No. 408 collided with a crane...