COVID-19 has given a modest boost to online shopping in Taiwan, with platforms such as Momo, PChome, and Shopee strengthening their market positions.

In a world struggling with the coronavirus pandemic, Taiwan is an outlier. The island nation has staved off the mercurial contagion, with dramatic implications for public health and the economy.

One of the biggest business stories of the past year has been the abrupt shift in many countries from physical to online retail. For instance, the e-commerce market in the U.S. grew 44% in 2020 while in Indonesia it expanded by 37%. Physical retailers have been the losers in many cases, as the new shopping habits are here to stay.

Taiwan’s e-commerce market (pure online platforms) in 2020 grew at a comparably modest pace of 16.2% to reach NT$241.2 billion (about US$8.6 billion), according to Ministry of Economic Affairs (MOEA) data. That growth was consistent with the double-digit expansion of recent years, notes Emily Leung, a Hong Kong-based analyst at market research provider Euromonitor. “Taiwan’s e-commerce market has been growing steadily, but not as strongly as elsewhere in Asia where there has been a larger shift from offline to online,” she says.

Growth was most brisk during the first and second quarters of the year, and especially during March and April. Those two months saw Taiwan’s sharpest uptick in COVID-19 cases and were also the time when the severity of the pandemic’s global impact became clear.

“In March and April, [Taiwanese] people wanted to avoid face-to-face contact,” says Jamie Lu, director of public affairs at PChome, one of Taiwan’s largest e-commerce platforms. She says that PChome sold unusually large quantities of goods used for home entertainment during those two months, including equipment for home workouts, gaming consoles, speakers and big-screen televisions. After April, sales of those items stabilized.

At the same time, physical retailers proved nimble, making the most of the opportunities afforded them by Taiwan’s effective containment of COVID-19. For instance, they capitalized on strong consumer demand during the popular Double 11 (November 11) and Double 12 (December 12) shopping festivals. They also benefited from an NT$100 million (US$3.3 million) government subsidy program launched in April 2020 that helped physical retailers shift business online, as well as the broader stimulus voucher program that distributed NT$3,000 in vouchers to nearly all of Taiwan’s 23.5 million people. The retail and food sectors benefited most from the program. Both sectors posted best-ever monthly revenue in the second half of 2020, according to the MOEA.

“It seems COVID-19 has not only driven the operating performance of Taiwanese online retailers but also has encouraged physical retailers – even small businesses – to more actively develop their online businesses,” says Robin Hu, a senior industry analyst at the Taipei-based Market Intelligence & Consulting Institute (MIC).

Competition is intensifying in Taiwan’s e-commerce market as demand for online retail grows. Several platforms stand out for their innovative business strategies. One is Momo, which began as a TV shopping channel in 2005 before expanding into online retail. Over the years, Momo has developed strong relationships with suppliers, a top-notch logistics network, an engaging user interface, and a knack for identifying best-selling products.

“Momo wins in every aspect of being a strong e-commerce platform,” says Sophie Chiu, an associate on the investment team of Taipei-based accelerator AppWorks.

Although Momo is part of the massive Fubon Financial Holding Group, “it has a strong start-up spirit and a lot freedom to grow within the group,” Chiu says. “Momo wants to prove themselves to be the key pillar in Fubon.”

To that end, Momo has been ahead of the curve in Taiwan’s mobile shopping market, says Euromonitor’s Cheung. “They are pioneers of e-commerce in Taiwan,” she says. Momo quickly accrued users of its app with “very aggressive pricing strategies and lots of rebates.”

Momo had an excellent 2020, with revenue growing about 30% to NT$67.2 billion. The company had an especially strong fourth quarter, buoyed by its success at the Double 12 shopping event, for which it posted record revenue of NT$6.5 billion, an increase of 36% over the previous year’s total.

PChome turned in a strong performance in 2020 as well, posting record revenue of NT$43.9 billion, up 12.8% over 2019. The company’s push into mobile commerce helped drive that sales growth. Downloads of its mobile app surpassed 5 million last year, with new users growing 50% on an annual basis.

While Momo and PChome focus on B2C business, Singapore-based Shopee (owned by NYSE-listed Sea Group) has carved out a niche in Taiwan in the C2C segment, territory once dominated by Yahoo. “Shopee has replaced Yahoo’s presence in Taiwan,” says Leung. Compared to Yahoo, “it has better logistics and better promotions.” She adds that Yahoo terminated its shopping business in Hong Kong last year, leaving Japan as its only major e-commerce market.

When Shopee arrived in Taiwan in 2015, the e-commerce market was already fairly mature. However, the Singapore-based company embarked on an aggressive expansion strategy, starting with C2C and then gradually moving into B2C later. Today many prominent brands in Taiwan have flagship stores on the platform. Shopee built a strong following by initially offering delivery free of charge and then heavily promoting its 24-hour delivery service.

“Delivery is one of the key factors that can convert a user” to a different e-commerce platform, observes Chiu of AppWorks.

Shopee offered customers the ability to pick up their purchases in convenience stores, which proved to be a huge hit. “Taiwanese people are very convenience driven,” Cheung says.

Interestingly, with the withdrawal of China’s Taobao from Taiwan due to compliance deficiencies, Shopee has moved in to capture the Chinese firm’s business. The Singaporean e-commerce platform, with its C2C acumen, acts as a sort of Taobao proxy, says Chiu. While Taobao can still sell directly to Taiwanese consumers through its main website based in China, many Taiwanese reportedly prefer to avoid that channel.

“If you use a Taiwanese credit card instead of Alipay on Taobao, you have to pay a 2-3% transaction fee,” which is unpopular with price-conscious Taiwanese consumers, says an industry source familiar with the matter. “Some people may hesitate to buy goods on a platform expelled from Taiwan, too.”

Looking ahead, Taiwan’s e-commerce market has several potential ways to grow. One is through a hybrid sales approach that makes use of both online and offline platforms. This approach is sometimes called O2O (short for “online to offline”). Hu of MIC prefers the term OMO, short for “online merges with offline.”

To alleviate the pandemic’s impact on physical retail channels, the industry has boosted investment in online channels, with an emphasis on live streaming. That shift has created more immediate and direct interactions with customers, improving sales, Hu observes.

Given the benefits to both sides, “online retailers would like to have physical channels while physical retailers want to go online,” he says. As a result, he expects that e-commerce vendors will increasingly direct customer flows to physical retail stores while brick-and-mortar retailers will provide effective logistics and distribution services to e-commerce platforms.

“Physical retailers provide their diversified product categories and store resources for fast delivery and goods pick-up and refund processes. This helps online retailers to enrich their product categories and items,” Hu says. “Overall, physical retailers and online retailers that adopt cooperative strategies will share channels, product items, customer groups, logistics and other resources with each other to form an OMO trend.”

At the same time, Taiwan’s e-commerce platforms could potentially step up cross-border business. With its large regional footprint covering every major Southeast Asian market, Shopee could help Taiwanese merchants sell goods overseas. “Shopee has a lot of resources thanks to its overseas presence,” says AppWorks’ Chiu.

Among Taiwan’s homegrown e-commerce players, both PChome and Momo have expanded to Southeast Asia. Both companies have long had a presence in Thailand. In fact, Momo is the Kingdom’s second largest TV shopping channel.

In September 2020, PChome forayed into Singapore, Vietnam, Indonesia, and Malaysia by partnering with large local e-commerce operators in those markets. The name of its business in Southeast Asia is PChomeSEA.

PChomeSEA is reportedly off to a fast start, with Taiwanese instant noodles and hotpot products best sellers in Singapore and overall sales in Malaysia growing fivefold between September and December 2020.

“We see a lot of opportunity in Southeast Asia,” says PChome’s Lu. She notes that Taiwan’s geographical position allows it to sell Japanese and Korean products, as well as those made in Taiwan, to ASEAN countries.

Lu says that Taiwan’s small and medium-sized enterprises “are serious and open” about exploring cross-border e-commerce opportunities in those markets. She adds that “PChome hopes to play a key role in helping Taiwan’s e-commerce industry grow in Southeast Asia.” 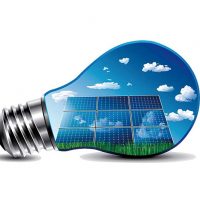 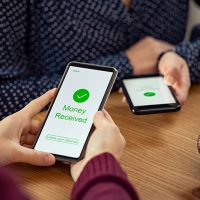