Surangel Whipps Jr., President of the Micronesian country of Palau, one of Taiwan’s few remaining diplomatic allies, made a five-day official visit to Taiwan in late March to celebrate the opening of a special travel bubble between the two partners. Accompanying Whipps on his visit was U.S. Ambassador to Palau John Hennessey-Niland, the first American ambassador to visit Taiwan in four decades. The delegation was received at Taoyuan International Airport on March 28 by Taiwan’s Minister of Foreign Affairs Joseph Wu. Whipps is the first head of state to lead a delegation to Taiwan since the outbreak of the COVID-19 pandemic early last year.

Asked by media about China’s attempts to persuade Palau to switch recognition to the People’s Republic of China (PRC), Whipps said that “Taiwan has always demonstrated the value of our partnership and friendship, and they have been with us through thick and thin.” He added that “nobody should tell us that we cannot be someone else’s friend.”

The travel bubble between Taiwan and Palau – one of the only locations in the world with zero confirmed COVID-19 cases – opened in mid-March. Whipps on his visit called the bubble a “sterile corridor” linking “two COVID-free, COVID-safe countries,” adding that it would help spur the recovery of Palau’s tourism industry, which has been heavily impacted by the virus.

The U.S. and Taiwan in March concluded a memorandum of understanding (MOU) in Washington, DC, to establish a Coast Guard Working Group. The agreement was signed by Taiwan’s representative to the U.S., Hsiao Bi-khim, and Ingrid Larson, managing director of the American Institute in Taiwan’s Washington headquarters. At a ceremony in Taipei to celebrate the MOU, Minister of Foreign Affairs Joseph Wu noted that the agreement was the first to be entered into under the U.S. administration of Joe Biden.

The MOU commits the two partners to furthering their cooperation on maritime issues. It was signed less than a month after China implemented its Coast Guard Law, which authorizes the country’s Coast Guard to use force against foreign vessels within all waters claimed by China. AIT Director Brent Christensen, speaking at the Taipei ceremony, said that the institute looks forward to cooperating with Taiwan on “humanitarian assistance and disaster relief, information-sharing, and working more closely together to tackle other global challenges.”

Defying political pressure from Beijing, the Lithuanian government on March 25 moved forward on an amendment to its Law on Civil Service to enable the opening of a trade office in Taiwan. The decision was part of Lithuania’s strategy to enhance its visibility in overseas markets. The amendment will allow the country to establish trade missions in countries with which it has no diplomatic relations. Lithuania currently maintains trade attaché offices in only 13 countries and is looking to enhance its commercial presence in Taiwan.

According to Lithuania’s Foreign Ministry, Beijing has exerted pressure on Lithuanian enterprises to dissuade the country from approaching Taiwan. Lithuania’s leaders have been critical of Chinese influence in Eastern Europe and have called the 17+1 platform – a Chinese initiative started in 2012 to promote business and investment ties with the region – divisive. Arguing that the platform has brought Lithuania “almost no benefits,” they have sought to shift Lithuania’s focus to deepening partnerships with other like-minded partners.

Lithuania is one of the Baltic states – a handful of small countries in northeastern Europe that lie along the Baltic Sea and border Russia. The Baltics generally take a more progressive stance on issues related to democracy and human rights due to their history of authoritarian rule under the USSR. Taiwan currently has a representative office in one Baltic state – Latvia – but trepidation about China’s aims in the region could encourage others to follow Lithuania’s path.

News of Lithuania’s decision to establish a trade office in Taiwan follows a diplomatic loss for the island when in early February, the South American country of Guyana reneged on a deal to allow Taiwan to establish a representative office there.

After a year of restricting the entry of Chinese nationals to Taiwan due to the COVID-19 pandemic, Mainland Affairs Council chief Chiu Tai-san last month announced that MAC would lift the ban on Chinese visitors for business purposes. Entry will now be permitted for Chinese business travelers fulfilling contracts in Taiwan, as well as employees of multinationals who are scheduled for transfer to Taiwan.

The decision to lift the ban came shortly after Chiu assumed his role as head of MAC. He expressed his hope that the two sides can begin to address their differences, using the phrase “cooperative ambiguity” to define his vision of cross-Strait relations. Under this concept, neither side would be forced to accept the other’s framework for how such relations should be conducted.

Chiu called on China to cease its aggressive military posture toward Taiwan, engage in productive dialogue, and take a reciprocal approach to cross-Strait exchanges. He urged Beijing to understand the differences between the two sides and take a more positive view of the development of cross-Strait ties.

On March 26, 20 Chinese military aircraft breached Taiwan’s air defense identification zone (ADIZ) – airspace claimed by a jurisdiction to identify and track possibly hostile aircraft. Although such incursions are now a near-daily occurrence, the most recent incident, which included bombers and fighter jets, was the largest such action since China began sending its aircraft into Taiwan’s ADIZ and the Taiwan Strait early last year.

According to Taiwan’s Ministry of National Defense (MND), several of the aircraft, including Y-8 anti-submarine aircraft and H-6K bombers, flew into airspace near southern Taiwan, while the others – J-10 and J-16 multi-role fighters, a KJ-500 airborne early warning and control plane, and a Y-8 tactical reconnaissance plane – circled the airspace around Taiwan-controlled Pratas (Dongsha) Islands in the South China Sea.

Taiwan’s military responded to the incursion with its usual scrambling of aircraft – something that experts consider necessary but which is physically and financially taxing on the island’s air force. The MND said last month that it was moving from sending up aircraft every time there is a breach to using the military’s land-based missile forces to track China’s planes.

The new measures come on the heels of China’s announcement in late February that it would ban imports of pineapples from Taiwan, citing multiple reports of pests detected in Taiwanese fruit by its customs authorities. However, the ban was widely interpreted as another attempt by China to exert political and economic pressure on Taiwan. Previously, 90% of Taiwan’s pineapple exports went to China.

In response to China’s new measures, Taiwan’s Council of Agriculture (COA) plans to amend the Plant Variety and Plant Seed Act in an effort to stymy the outflow of agricultural products and technology to China. The amendment is modeled on Japanese laws that prohibit and punish the unauthorized export of local flora. 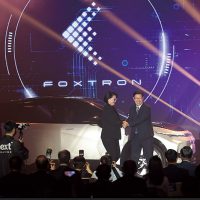 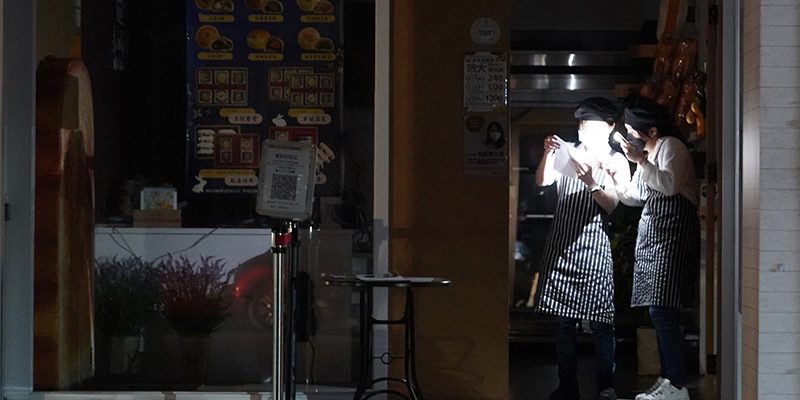