When I took up the AmCham Presidency last September, I didn’t foresee how personally rewarding the role would be. In many ways, I found it more engaging than my previous role as AmCham Chairperson because I am now directly involved with both the members and with the intricate details of the Chamber’s work.

I also feel that the Chamber’s work is particularly meaningful at this time. Now more than ever, Taiwan has a golden opportunity to build on shifting global supply chains, its strength in the semiconductor and other industries, and its excellent handling of the COVID-19 pandemic. These circumstances have kept Taiwan financially strong, and its people inspired at a time when most of the rest of the world is suffering. It has also raised Taiwan’s profile globally. As President of the Chamber, I had a unique chance to participate in helping Taiwan build on this opportunity.

Some of the initiatives we have been working on – such as advocating for a bilateral trade agreement (BTA) and a double taxation agreement with the U.S. – have been around for a long time, and I am optimistic that good progress can be made in the near future. I believe we will see TIFA talks resuming later this year and also think Taiwan is in the best position in years to negotiate a double taxation agreement.

There are also a number of new initiatives that AmCham has become involved in the last few months, including supporting Taiwan’s 2030 Bilingual Nation plan and its efforts to attract foreign talent through the Employment Gold Card program. If successful, these initiatives will help boost Taiwan’s global competitiveness and connectivity.

The secret to the Chamber’s success is to a large extent tied our stakeholders – our members, our government partners on both the U.S. and Taiwan sides, and of course our Chamber staff. Our membership covers a very broad industry base, and members share a very optimistic view of Taiwan, with 86% of respondents to our 2021 Business Climate Survey saying they are confident in Taiwan’s economic prospects for the coming year.

Our membership has also been growing steadily, despite the effects of COVID-19, and we have made it over the 1,000-member threshold for the first time since 2017. I believe this growth can be interpreted as a sign that companies see the value of joining AmCham, and this sentiment is really our most precious asset. It has been an honor to represent AmCham’s membership. I really enjoyed getting to know members better through my role as President.

On the government side, it is the Chamber’s honor to serve as a trusted partner and a bridge between the Taiwan and the US. It is in this capacity that the Chamber can be an effective supporter of commercial and trade agreements and many other initiatives that are of mutual interest to the U.S. and Taiwan. It is also the reason Taiwan government officials take AmCham’s White Papers so seriously. They know that behind any specific issue is a desire to improve Taiwan’s competitiveness and introduce global best practices to Taiwan. We are lucky in Taiwan to have great representatives in both the U.S. and Taiwan governments who work passionately to make Taiwan a better place to work and live. I am very thankful to have had the opportunity to get to know them and work closely with them.

Finally, I would like to give a word of thanks and praise to the AmCham staff.  I have known and worked with the staff in my capacity as member, Chairman, and now President. It has been a pleasure and an honor to work with such a dedicated team.  We have hit a lot of milestones in the last few months: our change of name from “AmCham Taipei” to “AmCham Taiwan,” the renovation of our office, hitting the 1,000-member mark, setting the groundwork for our 70th anniversary, as well as a record number of high-level government engagements. It has also been a lot of fun – we have an excellent team that is close-knit, hardworking, and very effective.

As my Presidency comes to an end, I want to express my gratitude to all of AmCham’s stakeholders for the opportunity to work with you and to do my part in keeping the Chamber moving forward. As Henry Ford once said, “If everyone is moving forward together, then success takes care of itself.” 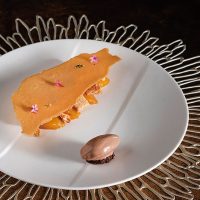 A Short Take on Longevity 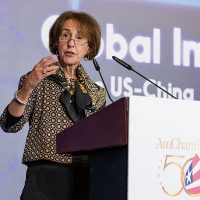