Chiu Tai-san, the former Minister of Justice, was sworn in as the new head of the Mainland Affairs Council on February 23. Photo: Martti Chen

Former Minister of Justice Chiu Tai-san was sworn in on February 23 as the new Mainland Affairs Council (MAC) minister. He replaces Chen Ming-tong, who has been appointed to head the National Security Bureau (NSB).

During the swearing-in ceremony, Chiu pledged to resume cross-Strait exchanges without compromising Taiwan’s national sovereignty and democracy once the global COVID-19 pandemic has been contained. He noted that although such an undertaking will be challenging given current geopolitical tensions, rebuilding cross-Strait relations will be necessary in the post-pandemic world.

Chiu is expected to take a more pragmatic approach to the “1992 Consensus” – a vague formulation under which both sides agree that there is one China – and breaking the current cross-Strait impasse. He asserted that the Chinese interpretation on the “1992 Consensus,” which regards Taiwan as a part of the People’s Republic of China, is unacceptable to the Taiwanese people.

Some have characterized Chiu’s appointment as a friendly gesture to Beijing. Chiu emphasized that he holds no hostility toward China and suggested that both sides can begin to restore the relationship by building mutual trust in non-political spheres.

The new minister is a former lawmaker and served as justice minister from 2016 to 2018. Chiu also worked at the MAC from 2004 to 2005 during the Chen Shui-bian presidency.

Jaw Returns to KMT and Politics

Media personality and Broadcasting Corp. of China Chairman Jaw Shaw-kong has reentered Taiwanese politics after his membership in the Chinese Nationalist Party (KMT) was restored in early February. A former Environmental Protection Administrator and legislator, Jaw left the KMT in 1993 to co-found the New Party and ran unsuccessfully for Taipei mayor in 1994.

The KMT leadership views Jaw’s return as beneficial to the party. In a statement, party chairman Johnny Chiang said, “Mr. Jaw’s return to the KMT at this time will certainly help to strengthen the KMT’s power, social support, and influence.” He added that Jaw will encourage unity among pan-blue forces.

Immediately upon his return, Jaw positioned himself as a contestant in the upcoming election for KMT chair, despite questions about his eligibility. KMT election rules provide that to run, candidates must have been a party member for at least one year and be former members of the Central Standing Committee (CSC) or the Central Advisory Committee (CAC). Chiang announced plans to appoint Jaw to the CAC but was swiftly met with a National Communications Commission (NCC) investigation into whether such an appointment would violate laws protecting media independence.

While his qualifications to run for KMT chairman remain uncertain, Jaw indicated an interest in seeking the party’s endorsement for the 2024 presidential election.

Jaw has been a vocal critic of the current Democratic Progressive Party-led government’s China policies. He accused President Tsai of destabilizing cross-Strait relations and lacking sincerity in calls for dialogue with Beijing.

An Executive Yuan proposal to establish a Ministry of Digital Development is expected to be submitted to the Legislative Yuan during the current legislative session, according to a Cabinet official.

The proposal is part of the government’s broader organizational reform efforts to restructure the Cabinet, reducing the current 37 agencies to 29. Plans for five yet-to-be-reformed agencies are scheduled to be submitted during the autumn legislative session. 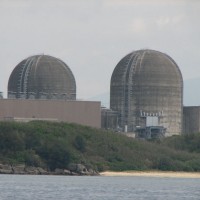