Reliance on China has never been riskier for Taiwan’s semiconductor sector. Industry giants like TSMC are now investing to increase production capacity in the U.S. as means of threading the needle on the American tech dispute with China.

China has long exerted a gravitational pull on Taiwan’s semiconductor industry. The China market’s size, proximity, and torrid growth have prompted Taiwanese chipmakers to invest heavily there. Some firms, like integrated circuit (IC) designer MediaTek, have put most of their eggs in the China basket. Others like Taiwan Semiconductor Manufacturing Co. (TSMC), the world’s largest contract chipmaker, have maintained a balance between Chinese and other customers.

As it turns out, heavy reliance on China is a riskier wager than many had imagined. The intensifying U.S.-China geopolitical rivalry is impelling Taiwan’s chipmakers to build costly new supply chains. U.S. sanctions on Huawei, the Chinese telecoms giant Washington sees as a national security threat, are depriving Taiwanese semiconductor firms of a lucrative revenue source. Before the sanctions went into effect, those companies supplied chips for Huawei’s large base station and smartphone businesses.

The ban imposed in August 2020 could deal a lethal blow to Huawei. It bars the company from using any U.S. semiconductor technology, even the machines used to manufacture chips.

The latest restriction “is a worrying development for Taiwanese chipmakers, who are highly exposed to Huawei’s supply chain,” says Shen Tso-hao, an industry analyst at the semi-governmental Market Intelligence & Consulting Institute (MIC).

In fact, their exposure rose after the U.S.’ initial Huawei ban – which applied only to U.S. companies – as Huawei switched from American to Taiwanese suppliers. Once the U.S. forbade Huawei from using any U.S. IC technology, the Taiwanese could no longer supply the Chinese firm as they use American equipment in the design and production of their semiconductors.

“At this point, it is crucial for Taiwanese manufacturers to swiftly develop a strategy to mitigate the impact of losing Huawei’s orders,” Shen says.

For MediaTek, the strategy appears to be doubling down on China. On the one hand, MediaTek is lobbying the U.S. government for permission to keep selling to Huawei. It is unclear whether those efforts will bear fruit. In mid-January, the outgoing Trump administration reportedly notified Huawei suppliers that it would revoke certain licenses to sell to the Chinese firm and reject dozens of other export license requests.

At the same time, MediaTek has been selling more chipsets to Huawei’s rivals like Xiaomi, Oppo, Vivo, and Realme. In the third quarter of 2020, MediaTek became the world’s largest smartphone chipset vendor with a 31% market share, buoyed by smartphone sales in China – the world’s biggest 5G smartphone market – and India, according to Counterpoint Research. The share of Media-Tek chipsets in Xiaomi smartphones rose more than threefold year-on-year.

The U.S. in January blacklisted Xiaomi along with a number of Chinese firms for alleged links to the Chinese military. The new ban requires U.S. investors to divest their holdings of the blacklisted firms by November 11, 2021. MediaTek and other Xiaomi suppliers are unaffected for now as the ban covers only investment.

In January, MediaTek unveiled its latest premium 5G processors. Xiaomi and Realme will be the first smartphone vendors to use the chipsets. Xiaomi plans to equip its first flagship gaming smartphone with the new processor and release the phone later this year. Oppo and Vivo also plan to deepen cooperation with MediaTek.

RichWave, a Taiwanese radio frequency IC designer, previously shipped Wi-Fi radio frequency front-end modules to Huawei. The company’s Wi-Fi 5 chip contains U.S. technology and thus falls within the scope of the U.S. ban. However, RichWave claims that its Wi-Fi 6 product uses no American technology content, the MIC’s Shen notes. Thus, RichWave is one of the few Taiwanese manufacturers that claims it can continue supplying Huawei.

Despite the ongoing trade and tech rivalry between China and the U.S., “China still represents a major and growing market,” says Stephen Su, a vice president at the Industrial Technology and Research Institute (ITRI). In the future, “more digital business opportunities will be developed in the China market.”

Prior to the U.S.-China technology dispute, Huawei was a major TSMC client. The Hsinchu-based company manufactured chips for HiSilicon, Huawei’s IC design arm, used in Huawei smartphones, 5G network base stations, and servers. Like MediaTek, TSMC reportedly has applied to the U.S. government for permission to continue supplying Huawei.

At the same time, TSMC has moved to build new manufacturing facilities for its U.S. customers. The most notable of these is a US$12 billion fab in Phoenix, Arizona, the largest foreign investment by a Taiwanese firm in eight years. Starting in 2024, the facility will mass-produce chips made using TSMC’s advanced 5-nanometer process. It is expected to create 1,900 full-time jobs over a five-year period.

“This project is of critical, strategic importance to a vibrant and competitive U.S. semiconductor ecosystem that enables leading U.S. companies to fabricate their cutting-edge semiconductor products within the United States and benefit from the proximity of a world-class semiconductor foundry and ecosystem,” TSMC said in a press release.

The investment came about in response to the Trump administration’s efforts to reshore high-end manufacturing for national-security reasons, the Investment Commission of the Ministry of Economic Affairs (MOEA) said in December.

“The real security risk that arises when sourcing chips from Taiwan is the possibility – albeit not high in the short term – of a blockade or hostilities that disrupts air and sea transport,” says Ross Darrell Feingold, a Taipei-based lawyer and political risk analyst.

Given the higher cost of manufacturing in the U.S. compared to Taiwan, TSMC has requested subsidies from the U.S. authorities. In November 2020, the city of Phoenix agreed to provide roughly US$200 million for infrastructure development in the plant’s vicinity.

TSMC might also be eligible for federal subsidies. In June 2020, a bipartisan group of American lawmakers introduced a bill that could provide roughly US$23 billion in aid for chipmakers. The legislation would authorize the Defense Department to use funding under the Defense Production Act to beef up the U.S.’s domestic chipmaking capability.

Both Taiwan and the U.S. will benefit from the Arizona fab, says Rupert Hammond-Chambers, managing director of BowerGroupAsia. For Taiwan, he says, “it is a strategic move designed to more closely bind the two economies together around the technology communities’ most important sub-sector” and a commercial move giving TSMC closer proximity to U.S. customers.

Research firm Sanford C. Bernstein & Co. estimates that the Arizona fab will produce about 20,000 wafers a month when it launches, less than 2% of TSMC’s production capacity at that time. TSMC’s largest customer, Apple, requires three to five times that number of chips on a monthly basis, CommonWealth Magazine notes. Thus, TSMC might use the Arizona factory to manufacture chips with sensitive military applications that the U.S. wants to have made domestically.

The Arizona factory will also help the U.S. “get back into growing and nurturing high-end chip manufacturing,” Hammond-Chambers says. He expects semiconductor clusters to develop in the Grand Canyon state – already home to a TSMC design center and where Intel has a presence – as well as Samsung’s hub of Austin, Texas.

The South Korean electronics giant, which is the world’s largest memory-chip maker, may invest US$10 billion to build a plant in Texas that would produce advanced 3-nanometer logic chips, according to Bloomberg. The plant would allow Samsung to better compete against TSMC in the area of high-margin chips used in smartphones and computers.

Ironically, the amount of attention that TSMC’s Arizona fab has attracted is outsized relative to its role in the company’s ecosystem. TSMC spent 97% of its capital expenditure in Taiwan over the past five years and will do the same in the next three, according to the MOEA.

“The relatively small size of this fab makes it hard to say it’s a technological or manufacturing win for the U.S.,” says Feingold. Nevertheless, if the facility spurs industry expansion in Arizona or other states, “it can be a true win for the U.S.”

Wider expansion in the U.S. would require TSMC to “establish a critical mass of engineering talent to be effective in terms of quality and cost,” says ITRI’s Su.

TSMC’s experience building a massive US$3 billion fab in Nanjing will serve it well for the new U.S. expansion, Su says. However, cultural differences between the U.S. and Taiwan “will be a challenge to be conquered.”

For other Taiwanese IC makers, setting up factories in the U.S. may not be an optimal choice, says Wen Liu, an industry analyst at MIC. “Only manufacturers with advanced process technologies are able to obtain substantial subsidies from the U.S. government,” Liu says. Without the subsidies to offset the considerable costs of establishing a U.S. fab, “the idea is not so attractive.”

However, Taiwanese firms could consider the alternative of kickstarting U.S. manufacturing operations through mergers, acquisitions, or joint ventures. Such a strategy can boost production capacity in a short period without the need for huge investment and is thus attractive to firms that lack TSMC’s clout, Liu says. 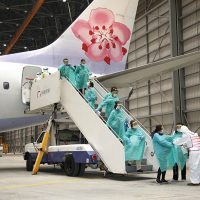 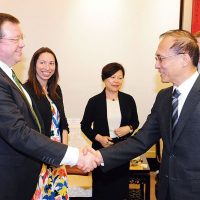 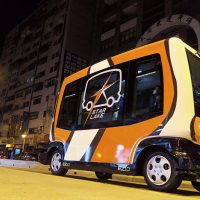 Johnson & Johnson Is Making Room for Innovative Ideas to Thrive

For more than 130 years, Johnson & Johnson has created value for patients, customers, employees, and shareholders through the development and provision of innovative products...