Taiwan’s capital offers some of the best, most affordably priced Japanese food outside of the Land of the Rising Sun.

Taipei may have the best Japanese food in the world outside of Japan. The range and quality of the city’s authentic Japanese restaurants are exceptional. In the days before 24/7 mobile internet connectivity, this was one of Taipei’s kept-kept secrets. The iPhone and Instagram have changed that, raising the profile of high-end sushi restaurants where lunch can easily run NT$3,000 per head, and where dinner is often double that figure.

The Michelin Guide prominently featured such restaurants in its inaugural Taipei edition in 2018, and with the pandemic grounding international travel, they are now enjoying a moment in the sun. Yet there is much more to Japanese cuisine than chic sushi joints, ramen noodles, and do-it-yourself barbeques (yakinuku), which are also ubiquitous in Taiwan.

Except for izakaya, Japan’s equivalent of a tapas bar, Japanese restaurants tend to specialize in one type of food, which allows them to hone it to perfection.

The best Japanese chefs have a singular dedication to their craft developed over a lifetime. The Japanese sometimes call these master culinary artisans “shokunin,” a concept widely associated with sushi chefs but also integral to kaiseki, Japanese traditional multi-course haute cuisine, and teppanyaki, a culinary style that involves meat, seafood, and vegetables cooked on an iron griddle in front of guests.

Japanese restaurants have another quintessential quirk besides specialization: They hide in plain sight. In Taipei that means being tucked away on a residential block in the heart of the city, in the side entrance of an unassuming office tower, or in the basement mall of a five-star hotel. To be sure, there are financial considerations; a discrete location can ease the rent burden.

More importantly, however, keeping a low profile helps cultivate a loyal following. You have to seek out these restaurants to find them. They rely on word of mouth more than on their social media accounts.

And then there are the aesthetic considerations, which tend to differ from traditional Chinese restaurants. “Instead of being big, bright, and ornate, Japanese restaurants are more intimate, dimly lit, and sparse,” says Arthur Wang, managing director of the Taipei kaiseki restaurant Toutouan.

The eminent 20th century novelist Junichiro Tanazaki touched on this design aesthetic in his essay “In Praise of Shadows.” He wrote, “We find beauty not in the thing itself but in the patterns of shadows, the light and the darkness, that one thing against another creates… Were it not for shadows, there would be no beauty.”

The contrast between light and darkness described by Tanizaki shapes the sensory experience at Toutouan. The restaurant lies in a quiet lane off Dunhua South Road, unmarked save for a black stone slab by the entrance bearing the name in Chinese characters.

Once guests are inside, kimono-clad servers seat them at wooden tables spaced out generously for privacy. Track lighting illuminates the courses as they arrive, and the servers expertly explain each item on the plate, including how to eat them and in which order.

If that sounds a bit ceremonial, there is a reason for it. “Kaiseki (懐石) began as simple food served before the tea ceremony,” says Wang, referring to the ritualized form of making tea practiced in East Asia. In Japan, the tea ceremony is rooted in Zen Buddhism, and one of its purposes is to teach practitioners how to appreciate the beauty of simplicity. That simple incarnation of kaiseki is also called cha-kaiseki (茶懐石), “cha” meaning “tea” in Japanese as it does in Mandarin.

Toutouan serves the gourmet kaiseki-ryori (会席料理) that evolved over centuries in Japan’s imperial capital of Kyoto. The culinary experience strives to provide omotenashi, a Japanese concept that translates roughly as “wholehearted hospitality.”

Each of the nine courses is meticulously crafted on different plating to set off the colors dramatically. The Tsukuri – or raw – course, for instance, features sea-kelp pickled trout as well as lean tuna and salmon sashimi. The colorful fish is placed on a green plastic sheet inside a semi-cylindrical wooden dish, then set on a white porcelain serving tray. Pine needles and brown leaves surround the food, evoking the spirit of late autumn.

Since Toutoutan opened in Taipei nearly a decade ago, Wang has sent the top-performing staff members in the restaurant – usually three to four people – to train in Japan every year except for pandemic-hit 2020. The training experience shows. The waitstaff are gracious, dexterous, and knowledgeable. The quality of the service sets this restaurant apart.

While all of that comes at a price – dinner with drinks averages NT$3,500 – it is fair given the quality of the experience, and far less expensive than some inferior sushi restaurants. Yet kaiseki restaurants are uncommon in Taiwan.

Chang Chi-ming, a veteran kaiseki chef, explains its relative absence here. “A kaiseki restaurant is challenging to operate, probably more so than any other type of Japanese restaurant,” says Chang, who previously worked at Nadori, the first kaiseki eatery in Taiwan, and then served as head chef at its successor Shintori. In 2003, Chang opened Xinyue (心月), his own kaiseki restaurant, on the ground floor of an office tower across the street from the Taipei World Trade Center.

Three to five years of study are required to become a kaiseki chef. It takes time to learn the many cooking styles featured in the different courses as well as kaiseki’s complex plating system. Not everyone has the patience for it, Chang says.

In Taiwan, Chang has adapted kaiseki for local conditions. The seasons are less clear-cut here than in Japan, so he changes the menu monthly rather than seasonally. “Otherwise, we would have a summer menu for half the year,” he notes.

The style of kaiseki at Xinyue feels somewhere in between the humble tea ceremony variant and the elaborate sensory experience at Toutouan. On a recent visit, the grilled medallions of Pacific saury garnished with lime juice were a standout. The cooking style captured the dense, full flavor of the saury, while toning the “fishiness” down a notch. It was also deboned, making it easier to enjoy without the ever-present threat of small bones sticking in the throat.

In contrast to kaiseki, teppanyaki restaurants are prevalent in Taipei. Many channel the ethos of the local re chao (熱炒) – informal eateries where diners enjoy stir-fried Chinese dishes with copious amounts of beer – except that the chefs cook with a griddle instead of a wok. Like re chao, these localized teppanyaki establishments focus on quantity more than quality, with many seeming to cook everything in the same black pepper sauce.

Ibuki’s chef does use a blowtorch to put the finishing touches on a duo of succulent Hokkaido scallops bathed in sea urchin sauce topped with caviar. If your taste buds are at all languid, this dish will make them stand at attention.

“Ibuki is unique among teppanyaki restaurants in Taiwan for its combination of top-quality ingredients, highly skilled chefs, and special sauce recipes,” says Executive Chef Thitisorn, a native of Thailand who has been working with Shangri-La since 1999. In addition to the scallops, other signature dishes at ibuki are Taiwanese red grouper with black truffle radish sauce, steamed egg custard shrimp, halibut with Taiwanese basil miso sauce, and Iberico black pork.

While teppanyaki trends come and go, ibuki stays focused on perfecting its craft. “We believe in our ways and our recipes,” Thitisorn says.

Grilled meat aficionados will also want to visit Kokomi, an izakaya located in a historic building on a quiet block of Zhongshan North Road near the intersection with Civic Boulevard. During the Japanese colonial era (1895-1945), the building housed a traditional Japanese confectionery.

Head chef and co-owner Eden Chao majored in Japanese studies in college and later trained to be a kaiseki chef. He ultimately scrapped that idea, though. “Kaiseki is too perfectionist for me,” he says. “I want my restaurant to have a more relaxed atmosphere and I don’t want to be so constrained by strict rules for how the food should look and taste.”

Like the best izakaya in Japan, the Kokomi menu features a wide variety of small dishes that pair well with beer, sake, and shochu. Unusually for Taipei, it has both excellent duck yakitori (charcoal-grilled skewers) and grilled cow tongue, as well as more typical chicken skewers. The salty, savory meat is the perfect foil for the earthy flavor of shochu, especially shochu distilled from sweet potatoes or taro.

While the taste of shochu is too pungent for some drinkers, for others it is the drink of choice at an izakaya. Unlike sake (served neat), it is usually served on the rocks. The melting ice dilutes the 50-proof alcohol, reducing its dehydrating effect. Shochu is also a light drink. It contains no sugar or carbohydrates and has just 35 calories in a two-ounce serving. Sake has about 80. Finally, like most spirits, shochu has an extended shelf life. If you do not drain your bottle, Kokomi will store it for you in the Japanese tradition. Finish it on the next visit.

Remarkably, 2020 has been Kokomi’s best year. Business was so good from June to September that it compensated for the steep drop between February and April.

Business was slow this spring for the Regent Hotel’s Mihan Honke as well. The restaurant is known for its premium sukiyaki – beef and vegetables slowly simmered in a shallow iron pot at the table. Responding to the drop in customers, Mihan Honke decided to innovate. From March to May, it offered take-out sukiyaki over rice at lunch time in an attractive clay bowl instead of a disposable container. Priced at just NT$250, the lunch bowls were only available one hour per day in a flash sale. They ended up being a huge hit and helped boost sales at a challenging time for business, which has since returned to pre-pandemic levels.

It is a delight to dine at Mihan Honke. While located in a hotel, it feels more like a private dining space. The restaurant is nestled in the B3 level of the Regent’s shopping mall, softly lit and decorated with warm-toned wood.

Lika Chang, the Regent’s senior director of Japanese cuisine, cooks the thin strips of wagyu beef and accompanying vegetables perfectly. The meat is delectable. Her sauce, with a lower sugar content than is typical in Japan, is geared toward local palates, but anyone who prefers savory to sweet will love it.

Just like in Japan, a raw egg is provided for dipping. Some Westerners may see that and tremble, but the Japanese are used to eating raw foods. “The raw egg lowers the temperature of the meat and brings out its flavor,” says Chang.

What distinguishes sukiyaki from the other types of Japanese cuisine covered in this report is that it can be made at home with relative ease. You just need the proper ingredients and type of iron pot.

“In Japan, sukiyaki is usually eaten at celebrations like birthdays and New Year’s,” says Tsutomu Saito, Regent Taipei’s senior executive director of food and beverage development. “It is the most gourmet dish that can be made at home.”

For those keen to prepare sukiyaki at home, Mihan Honte offers a take-out set for four people priced at NT$3,000. They have proven especially popular with the sizeable Japanese expatriate community in the neighborhood.

“Many of them have been unable to return to Japan for a long time because of the pandemic,” says Chang. “This is something they can enjoy here in Taiwan that will remind them of home.” 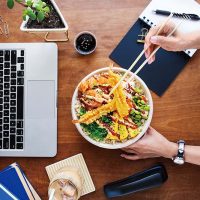 The Food Bots Have Arrived 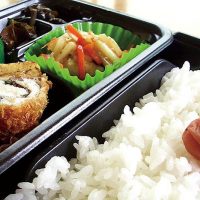 The Biandang from Japanese Days to the Present