Pig’s feet and other meats on sale at a local market in Tainan. Photo: Louise Watt

When you go, eat like the locals. Tuck into big portions, don’t waste time standing in line, and enjoy the freshest beef soup in Taiwan.

Soft-shell turtle, freshly slaughtered beef scalded in broth, hearty portions, and sugar, sugar, sugar. That’s some of what you’ll encounter when dining in the southern city of Tainan, a prime contender for the title of Taiwan’s food capital. Though mainly famed for its street food, Tainan is also home to certain traditional dishes that take hours to prepare and have all but disappeared from the rest of the island.

Today’s dishes are intimately linked to the city’s glorious past. Starting in 1684, Tainan was Taiwan’s capital for more than 200 years. As the island’s political center and main gateway to trade with the outside world, it was exposed to a variety of relatively sophisticated cuisines. The prosperous merchants and their families could afford to eat well, not skimping on beef and sugared delicacies, foods of the wealthy.

That love of sweetness persists today, to an extent not seen elsewhere on the island. When a dish is made without sugar, a Tainanese friend told me, it feels like something is missing.

At home, some Tainanese are known to use an unexpected secret ingredient when stewing meat: Coca-Cola. Adding the soda to the simmering water along with rock sugar and soy sauce helps make the meat tender and tasty, say local aficionados.

Ignore well-meaning warnings from Taipei friends that the food in Tainan is too sweet, and head down south to give it a try. While there, shun miserly portions, avoid queues in front of eating establishments, and prepare to eat the freshest beef soup on the island. Here is your guide to eating the Tainan way.

First, remember that while Tainan has its own dishes not generally seen elsewhere on the island, local residents insist that the city also does most other food better than elsewhere.

One case in point is wanguo (碗粿), which most Taiwanese pronounce waguei. My introduction to this liquidized rice dish was in the Longshan Temple area of Taipei, and it tasted about as good as you would expect liquidized rice to taste. Sellers pre-blend corn starch and other ingredients, then steam it until it thickens into a savory “pudding,” with bits of meat thrown in, topped by a thick gravy-like sauce. I would describe it as yellowish “stodge” (British for a heavy, overly filling food) served in a bowl.

Imagine my dismay when, on my very first visit to Tainan, a friend picked me up at the station, and happily told me our first stop would be a waguei shop.

With a feeling of resignation, I picked up a spoon and dug into the waguei at the Fusheng Hao Rice Cake (11 Minzu Road, Section 3, West Central District), a small and popular eatery that has specialized in the dish since its establishment in 1947. I was astonished to find their waguei – made with pork and shrimp, and topped with soy sauce and sugar – quite tasty, a testament to Tainan’s reputation for good eating.

After that positive start, I was eager to try some of the city’s own food.

Heart of the city

Fusheng Hao Rice Cake shop is around the corner from Guohua Street, a daytime snack paradise lined with food stands, restaurants, and drink shops patronized by both locals and tourists. Within this bustling area on the edge of the old city, you can find pig’s heart soup, squid with rice noodles, and fried sugar-coated dough made from glutinous rice flour or sweet potato flour.

Many guidebooks extol Tainan’s snacks as the reason to make a beeline for the city. (They are only part of the story, though, as we will see later.) Guohua Street is a superb place to try many of them.

Danzai noodles (擔仔麵) are one of the city’s most famous snacks. The simple dish of wheat noodles, bean sprouts, shredded pork, and one shrimp is said to have been created by fishermen as a way of making money outside of the fishing season. In the olden days, it was sold by mobile noodle shops. Vendors would walk with a bamboo pole across their shoulders, carrying the ingredients on one side and bowls on the other. The fisherman-vendor would then place a table in front of him and set a cooking pot going. Danzai noodles translates as “shoulder pole noodles,” and today you can still see some vendors with the bamboo poles to reel in the tourists.

Another unique snack is called coffin bread (guancaiban, 棺材板). The rather off-putting name refers to a dish of thickly sliced toasted bread with a lid on top and a filling inside. Traditionally the filling consisted of chicken hearts and liver, but more commonly today it is chunks of chicken or pork, or condensed soup.

Cai zong (菜粽), or vegetarian (peanut) zongzi, are a Tainan version of rou zong, pyramids of glutinous rice wrapped in bamboo leaves together with pork and sometimes mushrooms and peanuts. Cai zong is a vegetarian version; unwrap it to find sticky rice and whole peanuts, flavored with crushed peanuts and shredded cilantro. It’s a filling snack. A popular place for it is Liu Chia Zongzi 劉家粽子, which has multiple locations across Tainan, including 439 Ximen Road, Section 2.

Another quirk of the Tainan food scene is that each night market is open only on designated days of the week. The main three markets are Dadong in the East District, Wusheng in West Central District, and Huayuan, or Garden Night Market, in the North District. “Da, Da, Wu, Hua, Da, Wu, Hua” (大大武花大武花) is a key mantra to know, referring to which night markets are operating each evening from Monday to Sunday. Many of the same vendors can be found at each site. The Huayuan Night Market is to Tainan what Raohe is to Taipei: a tourist mecca where hungry visitors can do no more than inch forward within the crowds.

Besides snacks, Tainan has much more to offer in the way of cuisine. Some restaurants, in fact, serve dishes that are rarely found in the rest of Taiwan outside of wedding banquets and other special occasions because they are too intricate and time-consuming to prepare.

Zhiwei opens only for dinner because its proprietor and sole chef, Wu Ming-jie, is busy preparing the dishes during the mornings and afternoons. On the restaurant’s one day off (Tuesdays), Wu is still at work. Zhiwei is notoriously difficult to book – there is currently a six-month wait – as there are only three tables. Wu says he fears expansion would risk a drop in quality.

The menu is subject to change, but Wu usually confers with the customer three days beforehand on the dishes to be served. On an evening in November, he prepared a nine-course meal, which included 雞仔豬肚鱉, a rich soup with chicken, pig’s stomach, and soft-shell turtle. Restaurants that still make this dish today tend to the wrap the shell in the chicken, then stuff that into the pig’s stomach and cook it. But that’s not how Wu does it.

Another dish was flaming eel (火爆鱔魚). There is a knack to cooking this dish. The meat of the eel is delicate and will fall apart if overcooked. The key is to cook it quickly – but not so quickly that it is still partly raw. Chef Wu fries it for at least 35 seconds using a big iron wok. The process starts by heating the wok until it turns red, then pouring in oil to get a one-foot-high flame going, after which Wu slides in the chopped eel, onion, garlic, and red pepper. He turns down the heat and stirs it, then adds more oil so bigger flames shoot up.

The flaming eel dish is not unique to Tainan, but locals say it’s cooked better here. There is, of course, more sugar mixed in with the salt and the soy sauce. Tainanese believe that sugar and salt can bring out more of the flavors of a food, but that there is a limit; if too sweet, it covers up the original taste.

If you serve small portions in Tainan, the locals will look down on you. This unforgiving attitude may have its roots in a time when rich people would show tremendous hospitality toward guests. If a restaurant serves dishes on the “delicate” side, diners may criticize the owner as being cheap.

These hearty portions are seen from breakfast onwards. One not to miss is milkfish belly (虱目魚肚). Milkfish used to be an expensive delicacy until modern farming techniques came along and made it affordable. Before cooking, the many tiny bones of the milkfish will be picked out. The fish has a lot of black underbelly, and this is fried until it is a little crunchy. The rest of its meat is tender and salty.

This substantial portion of fish is not eaten alone, though. It is only one part of breakfast. It is usually served with milkfish congee (虱目魚粥), and maybe a fried dough stick (油條).

Fresh beef soup is a Tainan specialty. Restaurants serve beef from cows slaughtered that morning. Fresh slices are dropped into a hot broth, where they are scalded but not boiled. The beef soup is then served immediately – the meat with a pinkish tinge. It doesn’t get much fresher than that.

At the Hong Pin Beef Soup restaurant(鴻品牛肉湯), locals say the beef is a little thicker and crispier than elsewhere. Its reddish broth gets its strong flavors from simmering the cow’s large thigh bones, as well the addition of onions and other vegetables. For an accompaniment, order the lu rou fan (滷肉飯), or rice topped with braised meat, which here is sweet and soft.

The original branch is at 288 Da’an Street, Yongkang District. A newer one (鴻品牛肉湯市政府店) at 50 Zhonghua West Road, Section 2, West Central District, also sells beef hotpot. The hotpot broth is the same as the soup.

A recommended beef soup restaurant in Anping district is A Cai (阿財牛肉湯) at 5 Gubao Street. It also does deliveries.

One thing to remember in Tainan is that you don’t have to concentrate on eateries that have a semi-cult following. Stories abound of visitors staying in a hotel next to a “must-go to” beef soup shop, so they can get up at 3 a.m. to start queuing. Locals reliably inform me that Tainanese never line up for food. If one stall or eatery is busy, they will just go to the next one. Given the hearty competition, it’s never a problem to find good food. 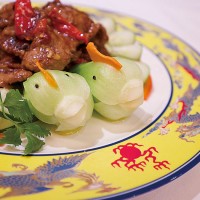 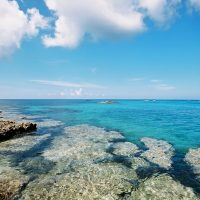 Taiwan’s Hawaii is in Hot Water 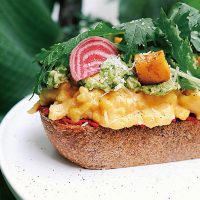