Local companies are betting that e-scooters and the sharing economy represent the future of mobility.

Imagine pedestrians walking down spacious sidewalks in Taipei, free of motorbikes. The only sounds heard are from their conversations, the whir of electric vehicles, and the chirping of birds. Cars and public transport are self-driving, but for the “last mile” you can either rent an e-scooter with a swipe of a card or – if it’s a nice day and you have the time – take a healthy walk in the fresh air.

This vision is the future of smart urban transport that a handful of Taiwanese companies are promoting by capitalizing on two major trends: electric scooters and the sharing economy. By leveraging new technology, connected products, and smart services, they hope to convince consumers of the benefits of giving up ownership of gasoline-powered cars and motorbikes.

Gogoro, which started business in 2011 and has led the way with its bestselling Smartscooters, is the best known of the four major players in the market. WeMo has been operating since October 2016 and was Asia’s first scooter-sharing brand, but its success has created rivals such as iRent, backed by the giant Hotai Motor Co. – the distributor for Toyota, Lexus, and Hino – whose plentiful cash reserves mean it can scale up fast. Finally, there is the new kid on the block, the nimble and disruptive SKRT, which incentivizes motorbike and scooter owners to share their unused rides.

Differentiated by their distinct business models, the four companies all have ambitious plans to expand throughout Asia before taking on the rest of the world to become global leaders in micromobility – defined as transportation over short distances, usually on light, single-person vehicles such as bikes and scooters. Specialized market research firm Mobility Foresights describes micromobility as filling the gap between “public transport, short haul trips and the most important – ride hailing taxis,” which themselves fill the space between car ownership and public transport. It estimates the global micromobility market will be worth up to US$50 billion in 2025.

There are dozens of potential solutions to provide transportation for the last mile of a journey. Taipei was one of the first to get on board with the shared bike concept when YouBike was launched in 2009. It took a while to catch on, but it is now a highly popular service for locals and visitors alike, connecting with the MRT and buses for travel to work, home, tourist hotspots, and hotels. YouBike is currently working with Taiwan’s TPIsoftware enterprise solutions to introduce an AI-powered customer service system.

Bike sharing took off in a big way in China in 2016, while electric kick-scooters started flooding the streets of Europe and the U.S. from 2018. India has experimented with e-scooters, bikes, and motorbikes, and battery-operated skateboards, Segways, and other innovative transport solutions have been tried elsewhere.

Ride-hailing behemoths like Didi, Lyft, Grab, and Uber – with a combined valuation of US$166 billion according to research and consultancy firm Lux Research – are also trying to get in on the action. Their problem is that in places like Asia, the future of last-mile transportation likely involves two wheels rather than four because of serious road congestion, technological progress, pollution problems, and convenience.

As Premier Su Tseng-chang reportedly put it in August last year at a meeting to discuss the transition from internal combustion engine to electric scooters, Taiwan is the world’s “motorcycle kingdom” and “ranks near the top globally in terms of motorcycle ownership, parts and component manufacturing, and industry chain completeness.”

“More than an essential means of transportation, the scooter holds great sentimental value to Taiwanese,” Su added. “Many young people use it to get to work, small families transport kids to school on it, and others ride it on adventurous outings.” They’re also relatively cheap and easy to park.

Taiwan has an estimated 14 million-plus registered scooters, with at least 1 million of them in Taipei. Given Taiwan’s unique tech advantages, its leadership in smart city solutions through the Taipei Smart City Project, plus the strong tradition of scooter use, the city seems well positioned to give birth to a micromobility unicorn.

The prize is an estimated global scooter-sharing market with annual revenues of about US$550 million by 2025, based on an expected growth rate of 24.4%, says consulting service Prescient & Strategic Intelligence. And while Europe was the largest regional market in 2018, over the next five years the Asia-Pacific will grow fastest.

Jeffrey Wu, founder and CEO of WeMo, says he was inspired to create Asia’s first electric scooter-sharing company because he thought it could clear away “about 3 to 5 million” randomly parked motorcycles in Taipei, reduce pollution, and usher in a smarter transport ecosystem.

Asked in a Zoom call whether sharing electric scooters is the future of mobility, Wu says: “Change is determined by consumers and at the moment in Taiwan it’s common for each person to have up to two motorcycles. There have been 50 years of motorcycle history and change is very difficult without a huge paradigm shift like a black swan event or government intervention.”

Even so, his company has made considerable gains toward its goals of educating people about the benefits of a shared economy. He describes this process as a “democratic dividend” and notes that winning over young consumers means they are likely to be customers forever.

The company’s scale has grown from just 200 e-scooters in 2015 to today’s more than 7,000 available in Taipei, New Taipei, and Kaohsiung, for a total of more than 1 million trips per month. Membership has grown from last year’s 100,000 members to the current 450,000. “Basically, we’re doubling every six to eight months,” Wu notes.

WeMo has launched Internet of Things (IoT) smart parking solutions, and members can rent scooters through the social media app Line. It is also tackling the problem of battery waste through a deal with Taipower to use electricity only from renewable sources, while working on a trace, recase, repackage, and solar storage system. What this means, basically, is ensuring each battery is accounted for in terms of use and disposal, so as to eliminate any environmental problems. In addition, some old batteries can be reused if renovated properly, and can tap into solar storage systems for charging and discharging purposes.

This progress led to the venture capital group AppWorks putting a big wager on WeMo in June. The multi-million-dollar investment is intended to see the company further establish itself in Taiwan, before spreading its wings to Southeast Asia and further afield.

Wu sees both the positives and the negatives to the increased competition that WeMo’s success has inspired. “It’s a bit like Taiwan’s bubble tea business,” he says. “Once one company is successful, everyone wants to do the same. Last year two large players started up, iRent and Gogoro, and I guess I have mixed feelings.

“My logical self says competition is great for the industry and new entrants will help create a boom so that electric scooters and the sharing economy are a big part of the average citizen’s daily life. On the other hand, it’s a bit like giants on the battlefield. Other brands eat into market share and it’s harder not to be just another kind of taxi service.”

When Gogoro’s GoShare launched in October last year, it boasted of being the world’s first end-to-end mobility-sharing platform, using its network of e-scooters and swappable batteries. “Reinventing urban transportation with an ecosystem of sustainable energy solutions” is how its PR people describe the operation.

Meanwhile, Hotai Finance Co. (part of the Hotai Motor Co. conglomerate) bought up just over half of iRent in March this year for NT$310 million (US$10.8 million). The fresh infusion of cash and technical support will ensure that it continues to spread its reach all over Taiwan and increase membership from the current 330,000 participants.

iRent’s strength is its ability to offer a total transport solution via a range of vehicles, from vans to cars to lightweight vehicles such as e-bikes and e-scooters. These are all available for short-term rental using a phone and app.

SKRT, the latest entrant to the market, takes a novel approach to sharing by helping owners to rent out their motorcycles and scooters when they’re not being used. It’s an innovative idea that SKRT co-founder Elliot Arroyo says was born of a background in recycling, problem solving, and the P2P (peer-to-peer) sharing economy.

Arroyo and his business partner Lexington Uhlmann were working in Taiwan and thinking of business ideas when they “looked around at the constant flood of scooters” and came up with a scheme to efficiently utilize and monetize the idle assets. The two Americans started their company in 2018 and named it after an onomatopoeic sound – like tires burning rubber – often used by rappers to suggest a fast getaway, although the name can also stand for Sharing Keys Revolutionizes Transportation.

In an email interview, Arroyo addressed what he sees as the company’s competitive edge. “Firstly, WeMo, GoShare, and iRent are all B2C (business-to-consumer) online rental shops that are competing with each other for the ‘last mile’ customer who wants to use a scooter for a few minutes to get home from the MRT. We are not competing with them in this space.

“Additionally, the B2C last mile model needs dense city populations to thrive, which is why you see them in limited locations. They rely on electric scooters that have a limited range, which works fine in a dense city for a few minutes but does not give you access to the beautiful mountains, beaches, hiking trails, waterfalls, and geographical wonders that Taiwan has to offer.”

Arroyo adds that SKRT’s price point is competitive and “people can use SKRT to earn money.” The B2C model allows only one party to make money, while SKRT lets anyone with an idle scooter cash in.

He is keen on the idea of expanding out of Taiwan and “going wherever there are idle vehicles and people that want access to them. It is my hope that Taiwan can be our champion and launching point for several places in Southeast Asia.”

His attitude sums up the hopes of all four operators in the Taiwan market, even before it becomes saturated. Jeffrey Wu says WeMo is in discussion with three or four prospective partners in ASEAN countries about working together and doing small-scale testing, while GoShare has also set up shop on Ishigaki Island, in Japan’s Okinawa.

As Wu puts it, Taiwan is well placed to make a splash in the field of micromobility in Asia because “motorcycles are much more popular on this side of the world.” He notes that “Made in Taiwan products are superior, and we provide all the tech and services to build green vehicles for sharing.”

In addition, Taiwan companies are uniquely placed to build out the complicated mixture of software, hardware, and smart solutions that make a comprehensive transport system possible in any country. WeMo, for example, has an internet-connected black box that can provide road and traffic data to the government. Its new funding will support expanded R&D efforts to create a “mobility-as-a-service” platform and launch scooter-sharing services in new markets. Meanwhile, Gogoro is integrating artificial intelligence, advanced cloud management, and IoT solutions, as well as battery swaps.

Conceivably the future of global mobility has already arrived in Taiwan, and what it has to offer – like many other Made in Taiwan goods and services – will soon be exported around the world. 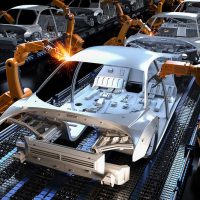 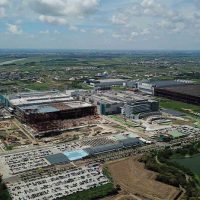 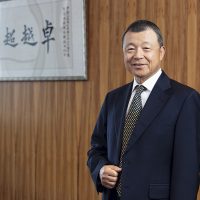 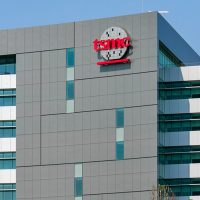