The Taiwan Semiconductor Manufacturing Company (TSMC) began posting job listings on LinkedIn in early November for its planned 5nm fab in Arizona. Positions at the fab fall into at least 10 categories, including semiconductor equipment engineers and AI hardware R&D engineers, among others.

TSMC announced in May that it will break ground on the Arizona facility in 2021 and will formally begin production there by 2024. The fab has a planned investment of US$12 billion and the company predicts that the project will create upwards of 1,600 jobs. It will be the second TSMC facility to be built in the U.S. The first was the company’s 8-inch wafer fab constructed in Washington state in 1996.

While the company has not made any formal announcements regarding the progress of construction of the Arizona fab, its recent move to begin hiring is a strong indication that the company genuinely intends to follow through with its investment plans in the U.S.

U.S. carrier United Airlines (UA) resumed flights between San Francisco and Taipei in early November. UA, along with many other airlines, had been heavily impacted by the spread of COVID-19 and the subsequent plummet in demand for international travel, as well as travel restrictions in countries around the world. The company halted all commercial flights to Taiwan on March 19, while it continued to use part of its commercial fleet to transport cargo.

UA has stated that in order to maintain virus prevention standards, it is requiring that passengers wear face masks throughout the duration of each flight. In addition, plexiglass dividers are installed at all check-in counters, and the airline has introduced touchless check-in kiosks at airports worldwide to keep passengers and staff safe and healthy.

UA Taiwan stated that the first passenger flights between San Francisco and Taipei following the resumption of the route on November 2 were at least 50% full.

During the meeting, director Wang Kuang-hsiang moved to appoint Lin Kuo Wen-yuan as Tatung’s honorary chairperson. All nine board members agreed to allow her to maintain an office at the company headquarters, and to be afforded a high level of courtesy. Lin Kuo expressed her approval of the board’s decision to elect Lin Wen-yuan, which marked the end of the founding Lin family’s 102 years of control of the company.

Lin Wen-yuan thanked former chairperson Lin for her more than 40 years of service to Tatung, and expressed his hope that the new team would continue to work harmoniously toward achieving the company’s goals. On November 4, he announced that his old colleague from Sinosteel, Chen Ming-nan, would be appointed Tatung’s new Chief Financial Officer. Lin will put forward his pick for general manager at the next board meeting on November 13. 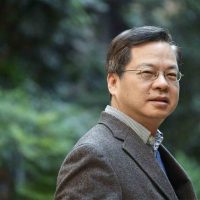 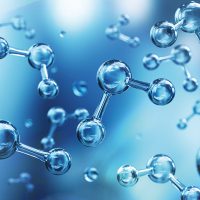 Is Taiwan Ready for the Hydrogen Economy?