German multinational chemical producer BASF will begin doubling its production capacity of Uvinul® A Plus, an ingredient used for UVA protection in various sun and skin care formulations, with the introduction of a new production line at its Kaohsiung factory. BASF currently produces the ingredient at its site in Ludwigshafen, Germany.

The company is increasing production of Uvinul® A Plus in order to meet rising consumer demand for high-performance and safe UV filters in the Asia Pacific market. Such demand is expected to continue to grow due to an increasing awareness of the importance of UV protection among Asia’s consumers, said Ralph Schweens, president of BASF Asia Pacific’s Care Chemicals division.

Srikanth Vaduvur, vice president of Personal Care Solutions, Asia, emphasized BASF’s deep expertise in the production of UV filter products and the company’s complete solutions that include sunscreen formulations, which enhance everyday skincare routines. “Our site in Kao-hsiung which maintains high competency in manufacturing standards currently produces Tinosorb® S and the Uvinul® A Plus investment will further augment the production of our UV filters portfolio in the region,” said Vaduvur.

According to BASF, Uvinul® A Plus is one of the few photostable UVA filters available in the market today that reliably filters the sun’s dangerous UVA rays and provides outstanding protection from free radicals and skin damage. The company notes that the ingredient, which is an oil-soluble granule, offers excellent formulation flexibility, is free of preservatives, and is highly efficient at low concentration.

IMO Creations, an architecture firm based in Taipei, was recently the recipient of a 2019 A+ Award, presented by American media company Architizer, for its design of the Xiafu Activity Center in Yilan County. Sometimes referred to as the “Oscars of Architecture,” the A+ Awards is the biggest architecture and design award program in the world and receives over 5,000 submissions each year. IMO’s design was a jury winner, picked for its unique concept involving multi-colored columns surrounding a rectangular interior and topped by a curved roof. It is based on the aesthetics of Taiwan’s traditional temples.

After each year’s winners are announced, Architizer works with Phaidon Editorial to produce a compendium of all of the A+ designs from the previous year, titled “The World’s Best Architecture.” The 2019 edition of the book features IMO’s Xiafu Activity Center on the cover, the first time since the award was launched in 2013 that a Taiwanese building appeared in that spot.

Lain Satrustegui, partner architect at IMO Creations, highlighted the importance of the award and the decision to place his team’s design on the book cover. “While the project has already received recognition from numerous other national and international awards, my team and I feel that being featured on the cover of such a prestigious publication is truly a once-in-a-lifetime honor,” he said. 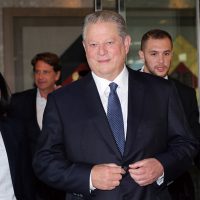 The pandemic has hit the bottom lines of struggling schools reliant on foreign students. Yet Taiwan’s ability to contain the coronavirus is also making it...