The future of healthcare is just around the corner. Artificial intelligence (AI) is already starting to transform the way healthcare is delivered around the world, and its potential is huge. At its best, AI can help people live longer and healthier lives by reducing human error – an alarming medical reality that affects diagnoses and patient treatment.

COVID-19 has absorbed any doubt about whether artificial intelligence will reshape the medical industry. The pandemic is accelerating the trend toward AI, with applications playing a role in diagnosing cases, developing drugs, and searching for a vaccine.

In Taiwan, startups that are often founded by doctors or teams of university researchers are coming up with new ways of solving problems using artificial intelligence and big data. Observers say Taiwan is in a good position to innovate in this field because of the low labor cost of its software engineers, the solid engineering and manufacturing basis of its IT industry, and the huge amount of electronic patient records collected through the National Health Insurance system.

However, some fear Taiwanese teams will be held back because they are failing to identify real unmet clinical needs, including those in the U.S., because of the cultural differences in the two healthcare systems.

One Taiwanese startup praised for identifying a real need is Heroic Faith Medical Science, founded in 2018, which has developed a digital stethoscope that can monitor a patient’s breathing and identify sounds that could indicate a problem like pneumonia. Founder Hsu Fu-shun, also a critical care doctor, said that although we now have more advanced microphone technology and greater computing power than ever before, the traditional stethoscope hasn’t changed in 200 years.

“There’s one very huge problem with listening to the body: there is no objective way to measure breathing,” he said. “The doctor always wears a stethoscope, but even when we listen, we cannot share the sound” or translate it into an objective idea for others.

To address the transient nature of what a doctor hears down a stethoscope, Heroic Faith has developed a light adhesive device that continuously records a patient’s breathing. It can be used to monitor the breathing sounds of patients in the ICU or under anesthesia and warn of possible airway obstructions – something that must otherwise be monitored by a doctor with a stethoscope.

COVID-19 continues to be a concern among healthcare providers in hospitals around the world. According to Heroic Faith, a small device stuck on to a patient’s body reduces the risk of infections as doctors don’t have to frequently enter isolation rooms to check on patients with a stethoscope. Doctors can listen to the sounds in real-time via an application on a phone or tablet, or play them back later. In addition, the device uses deep learning and algorithms to analyze the sounds and highlight the abnormal ones, minimizing the time doctors need to listen to recordings.

To develop this function, therapists and nurses collected more than 500,000 breathing sounds during clinical trials. They manually labeled the wheezes, crackles, and noises that indicate obstruction of a person’s airways and trained the software to identify them.

Hsu said the company has already won approval from Taiwan’s Food and Drug Administration to sell the hardware – the stethoscope – in Taiwan. But given the small size of the Taiwan market, he prefers to continue doing clinical trials in hospitals to refine the algorithms and publish research papers. He expects to apply for U.S. Food and Drug Administration approval for the stethoscope and Emergency Use Authorization for the software – so it can be used on COVID patients – by the end of October.

The government has promoted the smart healthcare industry more generally by making regulatory changes and integrating data and specimens from 31 biobanks across Taiwan to facilitate research and drug development, according to the Executive Yuan’s Office of Science and Technology.

The Office also said the government would work with telecoms operators to continuously improve the newly launched 5G service and infrastructure to support the development of medical services such as remote surgery, which depend on the real-time transmission of data and high-definition images.

Michel Chu is a venture capitalist who has invested in medical technology start-ups in Taiwan and the U.S. and is a member of the Science and Technology Council at the Executive Yuan. He said that Taiwan’s advantages in developing smart healthcare devices lies in its solid foundations in IT engineering and manufacturing.

“Based on my observation, for a similar smart health medical device project, Taiwanese engineers, working at the speed of the IT industry, can develop a product in roughly one-third of the time required by a U.S. team,” Chu said. “If you factor in the extremely low wage in Taiwan, the total engineering cost could be as low as one-tenth” of what it would cost in the U.S., he said.

He cautioned, however, that such efficiency “means nothing if you are aiming at the wrong target.” Taiwanese teams “are very weak in product definition – identifying a real unmet clinical need and coming up with the right solution to address that need,” said Chu, who is also general partner at Acorn Campus Taiwan, an early-stage venture capital firm.

Any AI system needs to learn from data – the more the better. Taiwan has a trove of data to feed on thanks to its National Health Insurance (NHI)system, which was launched in 1995 and covers more than 99% of the population. In recent years, the government has allowed access to this extensive data for research and development.

One startup to take advantage of this opportunity is AESOP Technology, which has offices in Taipei, Berkeley, California, and Cambridge, Massachusetts. AESOP is trying to reduce a major risk to patients’ health globally: medical errors, specifically prescription errors.

In Taiwan, they analyzed NHI data and found at least 3 million incorrect prescriptions each year, from incorrectly filled out forms to prescribing the wrong drugs or dosages.

“Everyone thinks hospitals are high-tech, but in hospitals, the staff records patients’ status on white boards,” said Jim Long, CEO of AESOP. “Doctors spell drug names wrong – even common drug names that sound like and look like other drug names.”

Traditionally, the industry has used rule-based reminders, which look at one or two variables – such as whether two specific drugs are prescribed together. A lot of noisy alerts are generated that physicians often ignore or turn off.

AESOP is unique in that it considers many more variables – from four to more than 20 – when deciding whether to send an alert. These include a patient’s age, gender, the hospital department involved, and the diagnosis. Its system uses machine-learning to flag outliers, signaling a potential mistake.

Long and his business partner founded AESOP – a spin-off startup from Taipei Medical University – last year but had first started trying to address the problem of prescription errors 20 years ago.

Two developments over the past five years have been instrumental in making this technology possible, says Long. The first is greater computational power. Given that there are 60,000 possible clinical diagnoses adjusted for patients’ gender, ages, medication, and so on, just five years ago Long and his team estimated that “to finish a round of machine learning would take 150 years.”

The second key change was the opening of Taiwan’s NHI Administration’s database to biotechnology and healthcare firms through academic research cooperation. Since 2016, such access to anonymized healthcare data for Taiwan’s population going back to 1995 has been available upon application. This is much more than the maximum 50 million prescriptions AESOP is allowed to access and purchase from public sources in the U.S., Long said.

In a bid to protect privacy, researchers and companies are not allowed to take any notes inside the data center in Nangang. They can only use the center’s computers and then provide the result of their searches to the staff, who then check it and send it to them.

AESOP’s MedGuard system has been in use in three hospitals in Taiwan since 2017. This year, the company has signed up more hospitals in Taiwan, and physicians at Harvard Medical School’s Brigham and Women’s Hospital are also giving the system a trial.

“Our target will still be the U.S.,” says Long. The U.S. is a bigger market than Taiwan and uses the same drug coding system and language when prescribing, he says.

One prescription error it caught in Taiwan involved a 9-year-old girl with lower back pain. The physician had meant to prescribe Solaxin, a muscle relaxant. Instead, he chose Solian, an anti-psychotic used to treat schizophrenia. The drug should not be prescribed to children and the dosage far exceeded the maximum recommended amount. AESOP’s MedGuard system flagged the error when it recognized that the drug wasn’t being prescribed as it had been in the past.

Another startup, Taipei-based Dataa Development Co., has developed DKABio, which uses AI to predict a person’s risk factor for the 15 most common diseases in Taiwan, including heart disease, diabetes, and hypertension. Given the usual challenges of accessing medical records and case histories, most models that predict health risks can only consider a single disease. But DKABio’s algorithms were developed using health data from more than 5 million Taiwanese going back 20 years. These were collected and fused together from sources including the NHI database, hospitals, physical examination centers, and academic research projects, says product manager Tsai Meng-chun.

What is unique about this system is that it takes a whole-body approach, she says, enabling it to calculate the risk of developing 15 diseases, not just one as with some university projects. Currently, some physical examination centers and mobile health-care apps are using DKABio, said Tsai.

The importance of AI to healthcare is becoming more apparent globally, and while some lament that Taiwan still needs to become more innovative, Taiwan seems well-placed to benefit from the trend.

“Everyone now is talking about AI and machine learning, whereas before we talked about electronic health records,” says Long of AESOP. “This generation is really different, so we feel there are more opportunities both in Taiwan and around the world.” 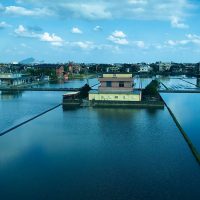 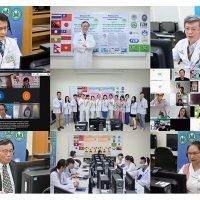 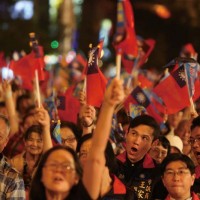 The Taiwan Economy in 2016: A Look at the Political Background