Audrey Tang shared her thoughts with Taiwan Business TOPICS on the intersection between technology and governance.

In Taiwan, there is no official government title of “Digital Minister,” yet that is what is engraved on the plaque on the wall adjoining Audrey Tang’s office in the Executive Yuan. In fact, as she tells Taiwan Business TOPICS, her role as a minister-without-portfolio spans multiple agencies across Taiwan’s government.

“My office, the Public Digital Innovation Space, is not a ministry. I’m one of the horizontal ministers,” Tang says. This gives her a relatively broad mandate, and her work has far-reaching implications, particularly as Taiwan makes further advances on developing its digital sphere.

“Whenever there’s emerging digital technologies that threaten to disrupt people’s lives, or whenever there is something like e-sports that none of the ministries have a natural obligation to work on, these become my work,” she says.

A true believer in the power of technology to enhance and bolster democracy, Tang’s tenure has included the introduction of the online “Join” platform, which allows for public comment on a wide range of budget and regulatory matters. The platform, which currently has over four million users, is designed to “bring technology into the spaces where citizens live, rather than expect citizens to enter the space of technology,” according to a 2019 article written by Tang.

The collaborative, open nature of the Join platform is a perfect reflection of the first of three tenets that Tang has built her official role on: radical transparency. To drive that point home, Tang remarks that every single second of every single meeting she conducts, including the interview with TOPICS, is recorded, transcribed, and “published [in full] to the public under the Creative Commons Zero Public Domain License so that everybody can learn from it.”

The second principle that Tang attaches to her position is what she calls “voluntary association.” Colleagues in the Public Digital Innovation Space are seconded from various other ministries, Tang says. Any of those colleagues can apply for a 40-minute block of time to discuss ideas with her during her office hours of 10 a.m. to 10 p.m. every Wednesday. She doesn’t give commands, she says, but facilitates creative ideas from the “very innovative career public service people” that she works alongside.

Thirdly, Tang notes that her office benefits from “location independence,” wherein she and her colleagues are not required to be in any one location to carry out their work.

“This is more like our recording studio now,” she jokingly describes the physical office in the Executive Yuan. “I’m not here most of the time – I’m mostly in the Social Innovation Lab in what used to be the Air Force headquarters.” Either that, or she is tirelessly moving about Taiwan, connecting places that are not as plugged-in as Taipei to the government ministries that play a part in Taiwan’s social innovation. Those connections, she says, help make sure that the government is “empowering the people closest to the pain, so to speak.”

By bringing these three principles to a Cabinet-level position in Taiwan’s government, Tang has not only normalized and codified them into law, she has helped shift the overall governance style of Taiwan’s central authority toward a more open, participatory model.

“Far from being experimental, [these conditions] are now ratified as national-level regulations,” Tang says. “For open government, we have the Participation Officer network in each ministry, and in some municipal governments, too.”

According to the official website, Participation Officers are appointed representatives who usually have a background in “public relations, comprehensive regulations, examination management, or information” and are tasked with collecting, conveying, and engaging with public opinion, both online and offline. As such, they essentially act as the intermediaries between government agencies and the general public, helping to build mutual trust and public involvement and tracking the progress of policies over time.

Tang also points to the importance of hashtags in the digital age, noting how the Participation Officers can utilize them to create trending topics on social media, gathering support for – or feedback on – new policies and initiatives.

“Whenever there’s a trending hashtag, we make sure that we [promote that] hashtag instead of a specific spokesperson,” says Tang. To get more engagement, POs post the hashtags along with light-hearted memes – “humor over rumor,” as she puts it, referencing the use of such memes to battle misinformation as well. This approach, she says, ensures that rather than just getting outraged about something, Taiwan’s netizens are “turning their outrage into co-creative energy.”

One example illustrating the success of this approach was the response to the public displeasure with the rationing system put in place in February to deal with the scarcity of face masks as the COVID-19 threat grew more intense. Citizens were having trouble finding pharmacies registered on the National Health Insurance (NHI) network that had a supply of masks available for sale, and they were voicing their grievances online. While the government worked quickly with local industries to increase the daily production of masks to more than triple the original volume, Tang and her team adopted a clever solution to the problem of finding available masks – a mobile app with a map indicating where they are in stock.

The original application programming interface (API) for the mask map was developed by Howard Wu, an engineer in Tainan, who combined Google map data with reports from the public to locate pharmacies that were still flush with masks. The app proved to be so popular that within hours of launching, Wu was almost forced to shut it down due to the fees Google charges to use the data.

Tang notes that the challenges Wu encountered – and his demand for the government to provide more information from the NHI database to improve the API – pushed her and her team into action. They saved the app from disappearing due to lack of funds and added several new functions to improve its accuracy and accessibility. Their efforts, says Tang, also inspired several other developers to come up with similar maps.

The ease of access to NHI data that was provided to Howard Wu for his mask-finding map app is also very much sought after by major pharmaceutical companies in order to help support their drug-development programs. AmCham’s Pharmaceutical Committee recently noted the difficulty of freely obtaining NHI data in order to help the government reach its goals of developing precision medicine in Taiwan. Use of such data is currently limited to purely research purposes due to the Taiwan government’s desire to align with personal data protection standards from the EU and U.S.

Tang says that this limitation should not be an issue in most cases. “For people who want to do research, like precision-medicine research, all the NHIA is asking is that they partner with an academician, a full professor, or an assistant professor who has a research proposal,” says Tang. Nevertheless, she admits this process is not as easy when the research being conducted is more exploratory in nature – for example, when the research hypothesis and the target population are both undefined – as this would require obtaining individual consent.

There are workarounds to those limitations, says Tang, such as using encryption techniques for data used in machine learning technologies. But she says that for pharma companies to enjoy unfettered access to “privacy-preserving but also utilizable data,” Taiwan needs to first form an independent data privacy authority empowered with making informed determinations on such issues.

Beyond encouraging general participation in the digital sphere, Tang’s office also looks to engage more young people in government, particularly those with industry or entrepreneurial backgrounds, through a reverse mentorship program that she herself was originally a participant in.

“We regularized reverse mentorships so that each of the 12 ministers now has one or two social innovators under 35” serving in an advisory capacity, says Tang. She says that the reverse mentor to the Minister of Labor proposed introducing civilians with technical expertise or useful real-world experience to come work alongside teachers in Taiwan’s school, so that “students have a role model to look up to that is not athletic, not academic, but technical.”

A point of pride for Tang’s office is that so much of what it has put in place can essentially run on autopilot. “My main achievement is that [everything] works pretty well without me,” she says. “I could be touring the world, giving speeches in Berlin or Addis Ababa, and the system would still function very well.”

A big project currently underway is the proposal to create a new digital economy-focused agency that would be “on par with any other ministry or council.” The aim is to simplify national-level policymaking on relevant issues by concentrating all of the responsibility and decision-making power in one single organ. Tang says that she is working with the President and Premier to ensure that a proposal is put forward in the next legislative session. The main question now is what form the agency will take. (More information on this project can be found in the accompanying story in this section).

Tang acknowledges the role that good governance and technology have played in keeping Taiwan safe during the COVID-19 pandemic. “We’re not the safest place – I think that’s Antarctica – but we come close,” she says.

Continue reading the Sidebar: What “Digital Ministry” Could Mean for Taiwan? 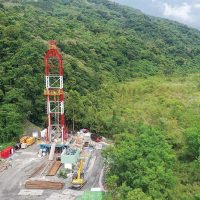 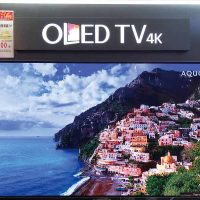