Starting a business is no easy task, especially if, like Z&A Managing Director William Zyzo, you’re a foreigner in Taiwan with a background in the humanities. Nevertheless, he has found joy in the challenges of launching and consistently revamping his management solutions company in his adopted home of Taipei. A dedicated lifelong learner, William has carved out a niche that allows him to continue to accrue knowledge while coaching and learning from his broad client base.

William met with TOPICS Deputy Editor Jeremy Olivier at the Z&A office in August to talk about his experiences as a foreign business owner in Taiwan and to provide some observations and tips for the next generation of Taiwan business leaders.

You have lived in Taiwan for nearly 30 years. What is it about this island that you like so much that you have made it your home?

I should say that, although all of Taiwan is nice, it’s really Taipei that I like. Taipei is surrounded by mountains and I love the natural scenery here. In my first decade in Taiwan, I had a mountain bike and would go everywhere on it. Now that I’m older, I like to go hiking every morning on Yangmingshan.

The second thing I love about Taiwan is the people. People in Taiwan are friendly – they go out of their way to avoid getting in arguments and fights. And they’re kind to foreigners – especially those who speak English – which works out in my favor nicely!

Also, I just love how safe Taiwan is. My partner Katia and I work all hours at our office in central Taipei. Sometimes she’s in the office until 2 a.m. and then walks home, which is not something I ever need to worry about. Most cities that I have lived in are not this safe. It’s hard to put a price on the feeling of safety we feel in Taipei.

Lastly, Taiwan – and Taipei in particular – is super convenient. So much can be done easily and without headache at the ubiquitous convenience stores, like paying bills and buying train tickets. The food is great, the cost of living is reasonable if you know how to manage your expenses, and the rent is still pretty affordable.

Most expats in Taiwan work for a multinational. Why did you decide to open your own company?

I didn’t think about opening a company initially. In my first few years in Taiwan, I worked as a copywriter for a large computer firm. Then I went on to work for a local marketing company, which was subsequently sold to an international advertising agency. While at the local marketing company, I copyedited all of their outbound correspondence, marketing plans, and reports to our foreign clients. It was a very good experience for a kid in his early 20s with a liberal arts degree. It was how I began learning about business.

Beyond that, I was doing my own writing, and also teaching English at Taiwan’s most prestigious language school at the time. I really enjoyed teaching, but dealing with the management and the kind of teaching methodology you had to follow didn’t sit well with me. But if you didn’t already have one of those nice expat jobs, teaching was actually a good way to make a decent living. Nevertheless, I wanted out.

Around that time, I met the founder of LADO Management Consultants, Andy Ings, who generously helped me figure out how to set up my own company to provide language services to corporations. And since I needed a working visa to stay in Taiwan, I took his advice.

In my company’s first iteration, from 2002 to 2008, we taught business communication skills. However, the number of English language schools in Taiwan increased rapidly during the 2000s, and the competition became too fierce. After the Great Recession of 2008, we decided to restructure. What we do now is work directly with executives, providing them hands-on support with the actual work they do – business planning, strategy design, reporting on business outcomes, and so on.

Getting to this point from where we were originally has been quite the crash course. We had a lot of reading and learning to do, and even now 40-50% of our time is dedicated to research for our clients.

You have been very active at AmCham for over a decade. In what way is AmCham helpful to a firm like yours?

One thing I took away from watching those old National Geographic shows is no matter what kind of animal you are, if there’s only one watering hole in the forest, sooner or later that’s where you have to go to get a drink. AmCham is that watering hole for multinationals in Taiwan. By going to events and workshops at AmCham, I get to meet people from different industries and get a sense for some of the challenges they face. When the opportunity arises, I offer these executives Z&A’s services, especially when I am certain we can help them overcome those challenges.

Although the work we do for our clients is confidential, the time we have put in at AmCham really has paid off in that when certain issues come up at a company, we’re the first name to be recommended. In addition, we are able to meet new people and introduce new ideas through the six or seven seminars we conduct each year at AmCham under the Advanced Learning Lab banner.

What do you notice about the corporate leadership pipeline in Taiwan compared with other locations in the region, such as Hong Kong, Singapore, South Korea, and China?

Every year when the Business Climate Survey comes out, I flip directly to the section on human resources to see if it matches what we see in our day-to-day interaction with our clients. Three things align exactly with our observations in terms of the strengths of talent here. The first is that people here have a very good work ethic. They also value education; Taiwanese will frequently work toward high-level degrees. Thirdly, they are highly trustworthy.

Now, where is the challenge? As the economy becomes more dependent on knowledge work, I find that Taiwanese talent exhibit this visceral unconscious fear of taking initiatives. During a regional meeting, if everyone in the room knows there is a problem and someone just needs to speak up about it, I’ve noticed that the person to first speak up is a Singaporean person, or someone from India, China, or Korea. It’s not that the Taiwanese don’t know what the elephant in the room is – of course they do! But they refrain from pointing it out. However, when they’re passed over for regional roles, they wonder why the foreign management doesn’t recognize their hard work.

The second thing is that many of the people I work with are afraid of taking on a project or task that isn’t routine work. I find this ironic because think of the risks people like Terry Gou have taken. My sense is that Taiwanese people are quite entrepreneurial, but for some unknown reason, once they are inside an organization, they’re afraid of taking risks. When they open their own company, it’s quite a different story!

When I ask them why they don’t take on new initiatives, especially when working on regional projects, almost always the self-diagnosis I hear is that they lack the confidence Americans have. I don’t think we Americans are innately confident, but I think it may be because our culture encourages us to try, even if we fail once or twice. Here, people think that if they fail even once, it reveals an indelible character flaw. That’s the sense I get, at least.

What advice do you have for the next generation of business leaders in Taiwan?

I would encourage them to deliberately go outside of their comfort zone – there’s always something they can learn from the experience that can be very useful.

Secondly, I would tell them to appreciate difference, especially difference in what other people value. I actually like it when people disagree with me – granted that they do so respectfully! If they have an idea that they feel keen on defending, I become immensely curious. I know that if I can ask them the right questions, I can potentially learn something new and valuable.

The third thing I would suggest is working on one’s mindset. Stanford Professor Carol Dweck – in her book, Mindset: The New Psychology of Success – has some practical advice, which is never to say “I can’t do it” about certain skills or tasks, but rather “I can’t do it – yet.” It opens up the path for realizing that while you can currently only do a small part of the whole task, you can gradually learn your way into the rest.

How do you relax after a long week of work?

One of the things my partner and I did with Z&A is structure it so that it gives us the quality of life that we want. As I mentioned earlier, I like to go hiking, but instead of going on the weekends when everyone else is out on the trails, I go in the early mornings on weekdays and come into the office after rush hour is over. Also, we work only 11 months a year. In February, we close the company and use that time to go overseas and learn something new.

I am a voracious reader. At any one time, I’m reading three or four different books on different topics. I do it both for work and for leisure. I also love taking free online courses. They are so easy. I don’t have to fill out an application or pay tuition or take exams. These courses are self-paced, so I take them when I am in the mood and I have the time. 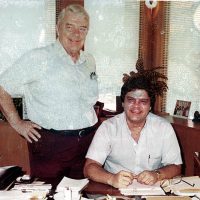 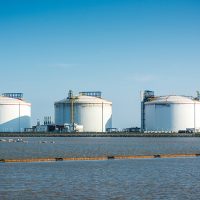 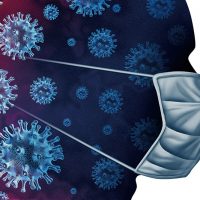 Pandemic Affects a Multitude of Industries in Taiwan 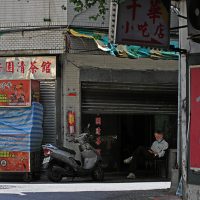