Many in Taiwan and around the world took notice in late July as the market cap for Taiwan Semiconductor Manufacturing Co. (TSMC) broke US$400 billion, briefly making it the world’s 10th most valuable company. The 10% spike in the chip manufacturer’s share value caused a record flurry of intraday trading on July 29, with the TAIEX rising 400 points in the first 20 minutes of trading before falling back to the previous day’s close.

According to a report by Bloomberg, investor interest in TSMC rose after Intel indicated that it might need to outsource production of its 7-nanometer chips; TSMC is considered a likely recipient of that business. TSMC’s outstanding market performance was accompanied by a 1% rise in value of the NT dollar, bringing it to its highest point in two years.

The Taiwan Institute of Economic Research (TIER) reports that global demand has begun to recover, as economies such as the U.S. and the EU have gradually started to reopen. As a result, all three of TIER’s composite indicators have shown increases – a 3.95 point rise in the manufacturing composite, 3.14 points for services, and 4.18 points for construction.

Despite the relatively strong demand for ICT components since the pandemic began, Taiwan’s exports in June fell year-on-year by 3.83%, and imports decreased 8.6% from June 2019. However, cumulative trade figures for the first half looked a little better, with exports growing 0.52% compared to the same period last year.

Retail sales in June fell 1.3% year-on-year to US$307.2 billion, the Ministry of Economic Affairs reported, while food and beverage sales dropped by 7.0%. Nevertheless, the National Development Council has stated that these sectors fared comparatively well due to improved public and business sentiment toward Taiwan’s economic outlook. 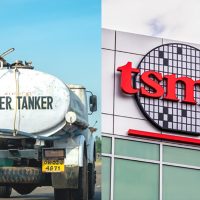 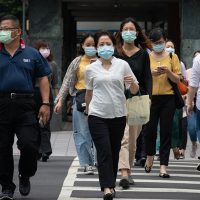