Taiwan’s top 12 domestic tourist areas were unintentionally revealed by the decline in travel abroad due to COVID-19 and a precipitous flood of visitors to the nation’s hot spots.

Back in early April when the battle against COVID-19 was at a particularly acute stage, the Tomb Sweeping holiday provided a bit of respite from the anxiety caused by the pandemic. The holiday is an occasion for families to get together to pay their respects at the tombs of their ancestors, often combined with the chance to get away for a long weekend.

This year, with flights grounded and Taiwanese residents evidently frustrated by the constraints of social distancing, hundreds of thousands hit the roads and headed for their favored vacation spots. After two days, the Central Epidemic Command Center (CECC) became so concerned by the swelling crowds that it sent out text messages to cellphones in the vicinity of 12 of the country’s top domestic tourism sites, warning people to keep their distance, wear a mask, and wash their hands frequently.

The fear was that a spike in the number of cluster infections would undo all the commendable work that had been done before in largely containing the disease. The Environmental Protection Administration responded by conducting a comprehensive disinfection campaign at transportation centers such as Taipei Main Station and the 12 tourist spots.

Minister of Health and Welfare and CECC head Chen Shih-chung had taken a calculated risk in not issuing a stay-at-home order for the four-day holiday, but it was a lesson learned. When a spike occurred in the number of reported virus infections a week later, Chen imposed crowd-control measures at the nation’s main tourist attractions, night markets, and temples.

The good news is that around two months later, in late May, Chen took a media-friendly trip to the resort area of Kenting in Pingtung County, and urged others to get out and about as well. After 41 days without any new domestic infections and with just 441 COVID-19 cases logged overall, Chen’s message was that domestic tourism is safe, as long as basic precautions are taken.

Now that normal domestic travel is not only being allowed, but encouraged, let’s look back at what the Tomb Sweeping Festival incident revealed about the 12 most popular tourism sites for Taiwanese, given below in alphabetical order:

Kembel likes the mountain village of Fenqihu (奮起湖), which is the terminal station of the Forest Railway, and recommends the famous bento lunchboxes and nearby Ruitai Historic Trail for hiking.

On the less traveled path, along a long and winding road, is the village of Laiji (來吉) in Alishan Township, where former professional saxophonist Corbett Wall and his partner Irene Wall have started an eco travel company called Rebalance Plus. Working in cooperation with the indigenous Tsou tribes in the area, they offer programs involving hiking, cutting down bamboo, and even traditional hunting. There’s also a strong creative element, providing Asia’s first 360-degree immersive laser-projection son et lumiere experience at the MOTUS International Fulldome Festival, which they founded.

Statues of bug-eyed frogs wearing glasses are a big part of the attraction of Bade Pond because kids love them and parents need child-friendly places for day trips.

Hewn from farmland and wasteland, the five-hectare park features a number of ponds (hence the name and the frogs) and old trees. It has a forest trail for light hikes of about 1.4 kilometers, an elevated pavilion for views and photos, plus the usual coffee shop and souvenir store.

During the week, busloads of schoolchildren descend on the site to learn about nature and environmental protection. On weekends, younger kids enjoy feeding the ducks, watching shorebirds, enjoying floral displays, and picnicking.

The port of Beigang prospered starting in the 17th century on the back of trade across the Taiwan Strait with China, and the local temple dedicated to Mazu, the goddess of the sea, became one of the most important religious institutions on the island, A statue of Mazu, known as the “Queen of Heaven” in the local pantheon of deities, was brought over from Fujian in 1694 and over the next three centuries the temple and its influence steadily expanded.

Hundreds of thousands of people visit during the annual Dajia Mazu Pilgrimage, which dates back to 1730. Originally scheduled for February this year, it was canceled due to COVID-19.

Dongdamen Night Market is one of the few major tourist attractions on Taiwan’s East Coast and getting there from Taipei means a fairly time-consuming journey on the Puyuma train or driving on narrow and winding mountain roads. Most visitors to Hualian will take in Taroko National Park, so the night market provides the perfect ending to a long day of sightseeing.

Built on the site of the old train station, Dongdamen partially burned down last year, but it is now back to full strength with about 400 vendors. A 30-minute walk from the current train station, the three main market areas feature Taiwanese, indigenous, and Chinese cuisines. The market gets going at 6 p.m. and ends at about midnight. It includes all the usual goodies and a carousel ride for the kiddies near the entrance.

The top attraction on the south coast is Kenting, which author Simon Pridmore rather generously refers to as the “Taiwanese Riviera” in his useful and enjoyable book Dive into Taiwan. Calling it a “land of long white beaches, rolling green hills and summer vacations,” he writes that “the Pacific coastline to the east, with its wide, wild empty strands, belongs to surfers, while the central coast around the town of Kenting, with its beach umbrellas, water sports and weekend night markets, is for holiday-making families and honeymoon couples.”

Kenting National Park is a good place to rent scooters and find accommodations, and it also has a number of decent restaurants and a night market. Further up the coast is Kenting Town, which gets chaotic during the annual Spring Scream music festival and also has resort hotels, scooter rentals, and diving schools, in addition to roadside vendors and amusements.

Unlike the many essentially day trips mentioned elsewhere in this list, Kenting has so many varied and plentiful activities that a stay of a week or longer is advised. The attractions include the National Museum of Marine Biology and Aquarium, historic Eluanbi Lighthouse (the southernmost point in Taiwan) for photos and ambience, scenic hikes in Longpan Park, Paiwan indigenous culture, and hot springs, go-karting, diving, and beach life.

When the CECC cited 12 hotspots in warning citizens to avoid crowded conditions at tourism sites, it caused a backlash in Tainan, home to four of the 12 destinations. The incensed mayor, Huang Wei-che, described the designation as unfairly causing hardship for Tainan’s previously booming tourism industry.

Huang questioned the accuracy of the Ministry of Transportation and Communications’ “Freeway 1968” app, which aims to give real-time information on the number of people at tourist attractions to help promote social distancing. It identified overcrowding at 27 locations in Tainan on Tomb Sweeping weekend, which prompted criticism from the mayor that the city was being wrongly targeted.

That said, having so much prime tourist real estate is surely an enviable problem. For example, Guanziling’s hot springs are not only located amid some stunning mountain scenery, they also have natural mud baths, which soften the skin, improve circulation, and soothe those stubborn aches and pains.

Wushantou Reservoir, built by the Japanese colonial administration in 1920, features a waterfall and over 100 islets on what is known as Coral Lake. The reservoir has a tragi-romantic back story, as the wife of the Japanese engineer who designed it drowned herself in the lake after her husband died during World War II. Wusanto Huching Resort Hotel is a popular place for families to stay here.

Known as “Little Sun Moon Lake,” Hutoupi was Taiwan’s first reservoir, constructed in 1846. It’s a serene little spot, with a charming suspension bridge and rented pleasure boats bobbing along around the lake. It’s also popular with campers and barbecue fans.

Originally part of lands occupied by the Pingpu indigenous tribe, Cieding District (also known as Jiading), was colonized early in the 17th century by settlers from China who chased the schools of mullet that  drifted with ocean currents to Taiwan’s southeast coast during the winter. This “fisherman’s cape” grew into a decent-sized harbor during the Dutch period (1624 to 1662). Seasonal catches of mullet were harvested for their flesh but principally for the mass of eggs produced by females, which were pressed into lung-shaped slabs of roe. Today they are sold as a costly delicacy traditionally eaten during Chinese New Year.

Overfishing led to the port’s decline a few decades ago, with the number of mullet fishing boats reduced from about 160 in the late 20th century to just six in 2012. Facing ruin, the port was turned into a tourist attraction that consists of Lover’s Wharf and the large Singda Harbor Fish Market (興達港觀光漁市) catering to foodies. Essentially a glorified maritime-themed night market, there are also what are fancifully called “European-style” waterfronts to stroll along.

A boardwalk leads out to the sea, and buildings topped with sail-like roofs host venues for performances and art shows, coffee stores, and restaurants. There are light shows in the evening and a popular area for photographers to take pictures of the glorious sunsets. Guided tours, rented bikes, and canoeing and sailing activities have turned the area into a big draw for families keen on ocean views and breezes, as well as a fish dinner.

Weekends get packed out as residents from the nearby cities of Tainan and Kao-hsiung escape for a coastal road drive along Highway 17 and some fresh air. The day trip takes numerous charming villages and a stop at the four-kilometer-long Golden Beach, within Tainan’s city limits, one of the country’s best windsurfing and kitesurfing destinations.

The Chiayi night market on Wenhua Road attracts a lot of visitors because of its convenient location for those making day trips up Alishan by car or the Forest Railway. To a newcomer, it might look much the same as any other night market, but Malaysian blogger “KJ” of  Alwaystravelicious.com knows better. She says some of the vendors have been around for 50 years and recommends blanched prawns with five spices, oysters, wild boar sausage, duck wraps, and honey aiyu (ice jelly made from the creeping fig).

Readers will have divined by now that Taiwanese love night markets. However, with local tourism set for a big rebound in the following months and possibly years, new favorite destinations and leisure experiences are likely to emerge, hopefully creating a new golden period for domestic travel. 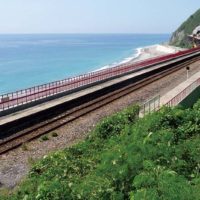 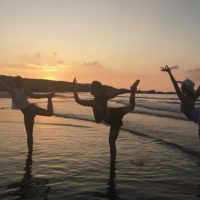 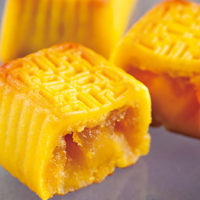 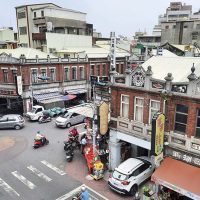