Taking the 921 Earthquake as inspiration, modern art exhibition “Code Blue,” held in late March, looked at how people are affected by disasters.

Much of life as we know it was forever altered when the novel coronavirus (COVID-19) began its spread last December. To capture the trauma that people are experiencing around the world as a result of the pandemic through artistic expression, the exhibition “Code Blue” was held at the Taipei Contemporary Art Center in March.

Beautifully curated by Hong Kong art professional Shormi Ahmed, “Code Blue” brought together two Taiwanese artists – Betty Apple (倍帝愛波) and Peng Yi-hsuan (彭奕軒) – whose performances and installations reflected on what it means to live in a state of emergency caused by a disaster. Drawing inspiration from the 921 Earthquake in Taiwan, the exhibition contemplated how humans experience trauma.

The exhibition opened with Peng’s “The Death of Light.” Attendees were ushered into a seemingly empty room, where blue lights shone from behind a white cloth draped ceiling-to-floor. Once past this barrier, they found themselves standing in a bedroom bathed in blue light. The installation employed several mosquito zapping lamps, whose buzzing sound and eerie glow created a chilling atmosphere. A germicidal lamp, which emits harmful UV rays that kill bacteria when turned on, sat in the center of the room.

As Peng’s performance began, the lights were shut off. Peng sat at a desk, appearing to write something in a journal. Several minutes later, an alarm went off, and he began switching the mosquito zappers on one by one. He then announced that he was going to turn on the UV light, requiring attendees to evacuate the exhibition space as quickly as possible. Once outside, they naturally began talking to one another about what had they had just witnessed.

Peng’s performance created a situation eerily similar to the one we are facing now. Not only are we aware of an ongoing emergency (the pandemic), we are also aware of other people’s reaction to it. We are forced to really look at and listen to one another.

Once visitors were back inside, they watched as Peng sat at the desk, writing down his memories of the 921 Earthquake in a journal. He then invited members of the audience to write down their own accounts.

Betty Apple’s installation, a collaboration with visual artist Chiu Lin Yao (邱琳窈), was next. It took place in the Center’s basement, which the artists transformed into a futuristic altar of worship inspired by the time Apple spent researching religious practices in Mexico. Visitors were invited to attend a “mass” in which Apple performed as a priestess. The original plan was to have everyone cram into the basement with Apple, but coronavirus-prevention measures required that the performance be held remotely. Attendees stood outside and watched it in real time via an Instagram live feed.

As she stood in front of the camera, Apple chanted mantras and performed strange dance moves, enticing her audience to follow along with her.

Ahmed noted that Apple’s performance alluded to the current situation in which people in lockdown experience everything through social media, and to how many churches are conducting their services remotely to prevent the spread of COVID-19.

Apple’s over-the-top style contrasted with Peng’s calm, subtle demeanor. The merging of these two approaches made for a captivating exploration of death, fear, and mysticism.

Ahmed’s initial intention for the exhibition was to share stories about the 921 Earthquake that took place on September 21, 1999, in which over 2,400 people were killed. However, her conception of the exhibition kept changing throughout the year leading up to it, until the COVID-19 outbreak began. While she was doing research for the show, Ahmed explains, she found that disasters like the current one are often used by groups and governments as political tools.

“In the case of the 921 Earthquake, it generated a collective consciousness that helped people to rebuild Taiwan,” said Ahmed. On the other hand, she says, certain measures intended to reduce transmission of the virus are being used in some places to suppress political dissent. As an example, she referred to her native Hong Kong, where social distancing guidelines have been used to crack down on the ongoing mass protests triggered by the government’s proposed extradition bill last year.

Four months have passed since “Code Blue” was held, yet the topics it explored continue to be relevant. Ahmed expresses the hope that the exhibition encouraged viewers to reflect on the past and to use this reflection as a tool to face the current situation, eliciting opportunities to work together and rebuild when the crisis has passed. 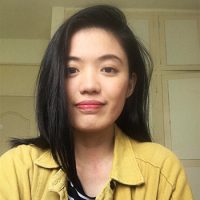 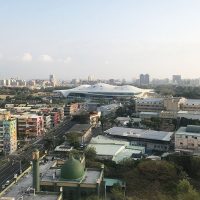 Taiwan, a Tiger in the Slow Lane 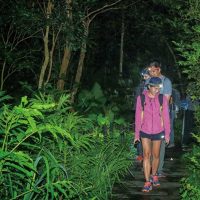