At the same time as Taiwan is suffering from an insufficient supply of talent in many employment categories, it has not been making optimal use of a major portion of its population: its women.

According to the latest statistics from the Executive Yuan’s Department of Gender Equality, the labor-force participation rate for Taiwanese women aged 25-29 is one of the highest figures in the world at 91.8%. But the percentage declines steeply for women in the higher age brackets, falling to 61% for those 50-54 years of age. For women aged 60 to 64, a mere 24% are in the workforce, less than half of South Korea’s 48.3%.

Clearly many women leave the labor force to marry and have children, and do not return to the job market. Speakers at a recent Talent Circulation Alliance roundtable said that many more women would undoubtedly like to go back to work but are deterred by lack of encouragement from their supervisors and a dearth of role models to emulate.

The TCA portion of the 2020 Taiwan White Paper makes a strong case for why increasing the participation of women in Taiwan’s professional life should be a key element in national labor policy and planning. It notes the substantial research findings – from the World Bank, UN, and other sources – confirming that higher participation of women in the workforce leads to higher corporate returns and better development outcomes.

At first glance, democratic Taiwan, led by female President Tsai Ing-wen, appears to be one of Asia’s most progressive places for women. But a closer examination of women’s participation in Taiwan’s workforce reveals a mixed bag. As politicians, Taiwanese women have been able to shine. But their ability to rise in the corporate sector has been less satisfactory, and they have only a small presence in technical industries such as engineering and research and development.

Most strikingly, “glass ceilings” have kept women from most top management positions across all sectors in Taiwan. Men tend to dominate the jobs that offer the most power and pay the highest salaries. In the educational field, for example, women are well-represented among the ranks of the teachers. Yet women account for only 33% of principals in Taiwan’s elementary and junior high schools, a little over 20% of principals at senior high schools, and a mere 9.2% of college and university presidents.

At the same time, Taiwan has made substantial progress in terms of gender equality. In 2010, the United Nations Development Programme began issuing a Gender Inequality Index, which measures gender disparity in various countries around the world by analyzing indicators in the areas of reproductive health, empowerment, and labor market participation. Because Taiwan is not a UN member, it was not included in the assessment.

However, when the Executive Yuan’s Department of Gender Equality plugged Taiwanese data into the index, it found that Taiwan ranked first in Asia and ninth globally in 2018, according to the department’s latest report, 2020 Gender at a Glance in the R.O.C. (Taiwan). While Switzerland topped the list, followed by Denmark, Taiwan’s Gender Inequality Index outperformed those of Iceland and Germany.

The World Bank, in its report Women, Business and the Law 2019: A Decade of Reform, which examined laws and regulations affecting women’s prospects as entrepreneurs and employees across 187 economies worldwide, also ranked Taiwan as the top nation in Asia for giving men and women equal rights under the law.

Participants in a recent TCA roundtable suggested that the Taiwan government actively promote companies’ adoption of a more female-friendly work environment, for example by regarding the proportion of women hired and their opportunities for advancement as one of the indicators of good corporate governance.

Yvonne Chen, founder of Taiwan-based VC firm Ceres Capital, pointed to Goldman Sachs CEO David Solomon’s announcement this year that he would not take any company public unless its board included one “diverse” candidate, with an emphasis on women. According to the most recent available data, women account for just 13.7% of the directors of companies listed on the Taiwan Stock Exchange and Taipei Exchange.

Chen suggested that Taiwan enact legislation requiring all publicly listed companies to have at least one woman on the board of directors, and levy fines on companies that fail to do so. The often family-run small and medium enterprises (SMEs) that dominate Taiwan business could be encouraged to follow suit.

That proposal was included in the TCA section of the Taiwan White Paper, which urges the National Development Council, Financial Supervisory Commission, and Ministry of Economic Affairs to take the lead in fostering the vision of “inclusive capitalism” through the naming of more women directors to corporate boards.

The TCA roundtable on women’s empowerment also discussed the observation that the venture capital industry, which is largely male dominated, tends to favor tech startups led by men. Participants in the roundtable proposed that Taiwan’s National Development Fund seek to correct that tendency through the many programs it runs aimed at supporting Taiwan’s newly emerging industries – for example, by setting quotas for female board members or female partners in the enterprises it assists.

Another important challenge for gender equality in the workplace is how to encourage more women to remain employed despite starting families, or to return to work once their children have started school. Tiffany Chou, founder of CAREhER, an online platform that Chou describes as “a community for modern working women,” says her studies have found that the reason Taiwanese women suffer career lags or drop out of the workforce entirely in their thirties and afterwards is not simply because they marry and have children they need to care for.

Instead, she says, the traditionally male-dominated company culture in Taiwan means that women lack role models and cannot picture what their career will look like in 10 or 20 years’ time. Without women in senior roles to network with, aspiring female professionals often fail to develop an executive mindset.

“There is also a lack of direct support from their line managers,” Chou says.

To make up for this lack of role models, she advises, companies could arrange for male leaders to mentor women identified as having high potential. She also suggests that companies offer skills workshops for women, as well as training for all personnel on unconscious bias and how to overcome it.

Other suggestions at the TCA forum included having the Social and Family Affairs Administration under the Ministry of Health and Welfare conduct competitions, with awards for companies that come up with the most innovative programs to promote gender equality. This approach would not only encourage smaller companies to make more professional opportunities available for women but would also showcase Taiwan’s progress in gender equality to other Asian nations.

Women in Taiwan face significant hurdles when it comes to deciding whether and how to balance their career with raising a family, a critical element of their success in the workplace.

The Act of Gender Equality in Employment, passed in 2005, allows for eight weeks of paid maternity leave and at least six months of unpaid parental leave provided an employee has worked at a company for a certain amount of time. However, many parents – particularly fathers – are afraid to take parental leave as they fear they may lose career opportunities at their company.

In addition, women employees are often reluctant to tell employers that they need to leave the company at a specific time each day to pick up their children, fearing that it might give the impression they are not devoted to their work.

It is possible – but also difficult – for working parents to hire a migrant caretaker to look after their children. According to Ministry of Labor officials, families can hire a foreign helper if they meet certain criteria related to the number and ages of their children. They can also qualify through a points system based on the combination of young children and the elderly (aged 75 and over) living under the same roof. Labor officials explain these regulations as protecting job opportunities for Taiwanese workers.

Responding to this situation, Wang Liying, general counsel and head of public policy at Taiwanese startup accelerator AppWorks, proposes that the concept of work-life balance in Taiwan be replaced with a new model of “work-life integration.” Working parents both require highly flexible work hours to take care of their children and –even before the recent pressures from the coronavirus pandemic – have often had to handle some office duties from home.

Wang points to the example of Sweden, where parents can share a total of 480 days of paid parental leave before their child reaches the age of eight. Under this system, parental leave claims can be calculated in terms of hours taken off each day, instead of a period of several months of leave, as is the case in Taiwan. Swedish parents can choose to work a half, quarter or even one-eighth of a day for a period of time.

Wang and others at the TCA forum suggested that the Ministry of Labor revise the labor standards law to embody the concept of “work-life integration” for both women and men, recognizing that the advent of a knowledge-based economy requires new approaches to regulating employment. 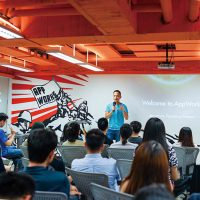 Broadening the Startup Base 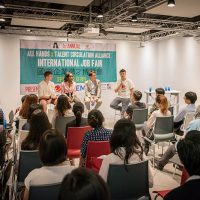 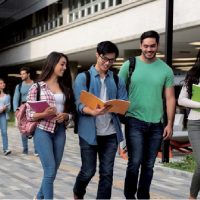 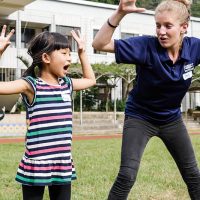