Year after year, a key concern of the major pharmaceutical companies operating in Taiwan is the ease with which new drugs and new indications (meaning new applications for existing treatments) can enter the market.

Given Taiwan’s single-payer universal healthcare system, much depends on whether the National Health Insurance Administration (NHIA) under the Ministry of Health and Welfare has sufficient budget to accommodate the additional expense of new medications in its reimbursement to hospitals and clinics. Recognizing the importance of accepting new drugs to provide Taiwanese patients with the most up-to-date and effective treatments, NHIA maintains a separate budget for new drugs/new indications. But invariably questions arise as to whether the budget, which currently amounts to more than NT$2 billion, is enough to cover all the worthwhile drugs that are ready for launch.

When representatives of AmCham Taipei’s Pharmaceutical Committee met in mid-April with officials from the National Development Council and MOHW, the means of determining the new drug/new indications budget was the main item on the agenda. Giving the officials a preview of the pharmaceutical section of AmCham Taipei’s 2020 Taiwan White Paper due for release on June 10, the Committee members suggested adoption of the technique of “horizon scanning” in the budgeting process.

In the past, the budget was set chiefly by looking back at the previous several years’ expenditure and rate of growth. The Committee is urging NHIA to also look ahead, taking into account a five-year financial forecast to be provided by the pharmaceutical companies and verified by the Center for Drug Evaluation. More broadly, the Committee is urging the government to shift from a mindset mainly of cost control to one of value creation, adopting global standards of care and assuring that unmet clinical needs are fulfilled. 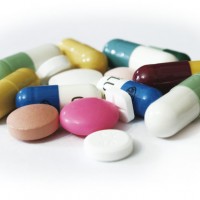