EXPORTS UP, BUT NOT FOR LONG

Taiwan is moving into wartime economy territory, with the government and industry working together to boost production of key items such as medical masks and alcohol-based sanitizer. After a panic run on amenities following a large jump in confirmed cases in March, several local companies pledged to increase production of toilet paper and instant noodles. Politicians and officials have made public reassurances that such goods will not run out.

Plunging global crude prices brought on by low demand and the collapse of OPEC+ talks in early March forced Taiwan’s CPC Corp. and Formosa Petrochemical Corp. to make significant cuts to domestic gasoline and diesel prices. CPC noted that after factoring in depreciation of the New Taiwan Dollar, its fuel prices had dropped by 26.55%, the biggest decline in four years.

All things considered, Taiwan’s external trade faired reasonably well in February. Exports increased year-on-year by nearly 25%, while imports surged by 44.7%. The Ministry of Finance noted that this jump in two-way trade was due in part to moves by local manufacturers to increase capacity to make up for reduced operations in China. The MOF further noted that the Lunar New Year, which fell in February last year, created a low base for comparison. It therefore does not foresee sustained trade growth beyond February.

Perhaps more tellingly, export orders in February fell by 18.8% from the previous month as a result of substantially lower demand, although the year-on-year decline was a mere 0.8%. The Ministry of Economic Affairs stated that whatever damage the coronavirus situation had done was offset by the dialing down of U.S.-China trade tensions, and by the increasing market demand for 5G and AI-related tech products.

Unemployment in Taiwan remained stable in February. The Directorate-General of Budget, Accounting and Statistics stated that while the jobless rate stayed at 3.7%, the full effect of the coronavirus on Taiwan’s workforce, particularly in the travel and tourism sectors, remains to be seen.

Nevertheless, employment demand remains quite high. The combined effect of the U.S.-China trade dispute and the coronavirus pandemic has led to a mass reshoring of the operations of Taiwanese companies from China. The Ministry of Labor reported a nearly 20% increase in job demand in February, with a 35.38% jump in demand for manufacturing-sector workers. 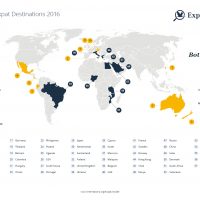