Once one of the world’s busiest container ports, Kaohsiung Harbor has lost much activity to China and other countries. Photo: Louise Watt

Once Taiwan’s second city and a major industrial hub, Kaohsiung has seen better days. Now it hopes to make a comeback by increasing investment in innovative and eco-friendly industries and boosting tourism.

Nothing better symbolizes Kaohsiung’s economic ups and downs than its harbor. Thirty years ago, the southern city ranked among the world’s top-three busiest container ports. But since the late 2000s, it has languished outside the top 10 as Taiwanese manufacturers moved to other countries in search of lower costs, and China expanded its own port capacity.

The city has been left behind in other respects as well. Kaohsiung’s traditional big money-earners, such as the petrochemical industry and steelmaker China Steel Corp., have faced growing competition from Chinese companies.

For years characterized by heavy and polluting industry, Kaohsiung is trying to transition to become an “Eco-City,” with an emphasis on services and a circular economy. It is seeking to attract more high-tech and environmentally friendly companies.

At the same time, the Kaohsiung waterfront is gradually undergoing a transformation from an industrial port to a tourism and entertainment center. As discussed below, many of the big investment projects designed to attract visitors are now completed or nearing completion. But a further wave of investment interest in Kaohsiung that appeared promising when Han Kuo-yu of the Chinese Nationalist Party (KMT) became mayor last year has stalled, and the coronavirus pandemic is now adding to the uncertain economic conditions in the city.

During the decades of Taiwan’s industrialization, it was the port that drove Kaohsiung’s development. Container ships loaded up with electronics, textiles, and other goods for export set off from Kaohsiung to the Americas, Europe, Australasia, and elsewhere. For a period, Kaohsiung also attracted a  large volume of transshipment cargo from China.

But Kaohsiung soon lagged behind when a rapidly growing China started to develop its own port capacity, including a major expansion to the Port of Shanghai, now the world’s busiest in terms of cargo tonnage.

Kaohsiung’s GDP growth rate last year was just slightly below that of Taipei – 2.5% compared to 2.6%, according to Euromonitor International, a market research provider. However, it represented a big drop from Kaohsiung’s double-digit growth in the years prior to the 2008-2009 global financial crisis.

“Kaohsiung is highly dependent on its port for economic activity, though unfortunately there hasn’t been much growth in container-port activity in the last decade,” says Fransua Vytautas Razvadauskas, a Euromonitor analyst. In 2007, the port handled 10.2 million TEU (the standard unit of cargo capacity for container ships and terminals), and that was still the volume in 2017, he says. “So, given the sluggish growth of cargo activity, it has not given the local economy much boost.”

In an effort to become more competitive, Kaohsiung has sought to build up its port capacity through land reclamation and new deep-water berths. Kaohsiung Port’s state-owned operator, Taiwan International Ports Corp., announced in March that it had completed Taiwan’s largest-ever port land-reclamation project, phase two of the Port of Kaohsiung Intercontinental Container Terminal.

The project involved reclaiming 422.5 hectares of land, creating space for 19 new deep-water quays for large container vessels, draught bulk cargo vessels, and petrochemical carriers. The total cost is expected to top NT$112 billion (US$3.7 billion), with around a quarter coming from government investment and the rest from the private sector.

While it has Taiwan’s largest port, an international airport, and convenient road and rail links, Kaohsiung continues to suffer from the North-South Divide, Taiwan’s unequal regional development. It has relatively low per household disposable income and spending levels – 3.8% and 2.4% lower than the national average, respectively, in 2018, according to Euromonitor International.

Better-paying white-collar opportunities in Taipei and elsewhere have pulled people away from Kaohsiung. In 2017, it lost its position as Taiwan’s second city when Taichung’s population overtook Kaohsiung’s 2.78 million.

The Kaohsiung government has high hopes of changing the city’s fortunes. It is focusing on three areas: digital innovation, the trade fair and exhibition industry, and promoting R&D and the development of high-tech, high value-added industries.

In June, the city government opened the “KO-IN Smart High Point,” also known as “Kaohsiung Smart Technology Innovation Park,” which offers space and resources to businesses and innovation teams that are developing smart city technologies. The goal is to help transform existing industries through the development of AI, the Internet of Things, blockchain, and fintech businesses.

According to the city’s Economic Development Bureau, 30 companies have already moved into the park. They have invested NT$160 million (US$5.3 million) and are expected to generate annual revenue of NT$260 million (US$8.6 million).

Another priority sector for development is the conference and exhibition industry, which the Economic Development Bureau sees as a significant economic driver. Last year, 114 international conferences and 61 trade fairs were held in Kaohsiung, compared to 95 and 55, respectively, in 2018. The Bureau estimates the value of the industry in 2019 at NT$4.8 billion (US$159 million).

The transition to a more services-based economy has taken a while to get off the ground, notes Brian Aiello, president of the American Chamber of Commerce Kaohsiung. “Kaohsiung remains quite a challenge in terms of the business environment,” he says. “This is due in no small part to the fact that so many businesses left for China 20, 30 years ago, and Kaohsiung has had a lot of problems attracting new businesses.”

A burst of infrastructure investment for the 2009 World Games that were held in Kaohsiung helped greatly, he says. To prepare for the event, which involves competition in non-Olympic sports, the central government invested heavily in high-speed-rail facilities and in constructing an indoor Kaohsiung Arena and a 50,000-seat, solar-powered National Stadium. “It really helped a lot to jump-start development in Kao-hsiung,” says Aiello.

Since then, the central and city governments have continued to engage in large infrastructure projects to try to breathe new life into the city’s economy. Many of these new landmarks have been located near the port and taken the waterfront as architectural inspiration.

The first project completed under what is being called Asia’s New Bay Area was the Kaohsiung Exhibition Center, designed to resemble the shape of gentle waves. The building,  which opened in 2013, is used to host large machinery and yacht exhibitions.

A year later, a new main library – an “eco” building with a roof garden with views of the port – opened nearby. Vegetation placed throughout the structure keeps it cool and reduces the need for air conditioning. In 2015, Taiwan’s first light rail system, the “Kaohsiung Circular Line,” started running along the harbor area.

With ambitions to enable the city to become an Asian musical hub, the eye-catching Kaohsiung Maritime Cultural & Pop Music Center is expected to open at the end of this year. Commissioned by the Ministry of Culture, it will be equipped with 5,000 and 10,000-seat venues, as well as live-music halls to support independent musicians and bands.

Construction of the wave-inspired center finished four years ago, but equipment-fitting and design work is still going on inside. It links to a still-under-construction promenade area that seen from above will take the shape of a dolphin. It will serve as a new commercial zone.

Kaohsiung’s efforts to attract more tourists were meeting some success before the coronavirus pandemic dealt it a setback. The biennial Taiwan International Boat Show, which has been running since 2014 at the Kaohsiung Exhibition Center, was scheduled to be held in March but had to be postponed.

This growth came despite China’s imposition of a ban in the second half of last year on visits to Taiwan by individual travelers and tour groups. Kaohsiung last year also saw an increase in international cruise ships calling at the port, and the city is attracting more visitors from Vietnam and Indonesia.

Kaohsiung’s Tourism Bureau chief, Chiu Chun-lung, says hotels in the city report that occupancy rates have gone down about 40% because of the coronavirus. To encourage more visits, Kaohsiung has been playing up the theme of romance, taking advantage of the fact that the Love River flows through the city. A “March for Lovers” promotion last month provided hotel discounts and prizes.

Promoting the theme of love to attract visitors was a campaign promise by Han Kuo-yu during his successful run for the Kaohsiung mayoralty in 2018. One of his proposals was to build a Love Ferris Wheel with pods doubling as private rooms, plus a neighboring shopping mall. The project has yet to be implemented.

Han’s wider campaign to make Kaohsiung rich resonated with many residents, who wanted to see better economic growth. His China-friendly image, coupled with the central government’s incentives for Taiwanese businesses to return home amid the U.S.-China trade dispute, initially spurred considerable investment interest in the city.

One of the more high-profile of those companies, Hon Hai Precision Industry Co., also known as Foxconn, has stated its intention to build a server production plant on four hectares of land at Kaohsiung’s Hofa Industrial Park. However, wider investment sentiment stalled when Han later ran as the KMT’s candidate for president, opening him up to charges that he was effectively abandoning the city.

Now Han’s attention is no doubt focused on dealing with COVID-19 and a recall petition to remove him as mayor. The petition is being reviewed by the city’s election commission, and if accepted, a vote on whether to recall Han would likely be held in June.

Among the reasons Han was successful in the 2018 mayoral election was that many people felt that after 20 years of Democratic Progressive Party control in Kaohsiung, “the economy is the same,” says Daniel T. H. Tsai, a partner at Lee and Li Attorneys-At-Law and a former supervisor at AmCham Kaohsiung.

The city government’s focus on high-tech industries risks leaving behind the majority of Kaohsiung residents, says Tsai. “That kind of high-tech industry can only benefit relatively few people,” he says. These industries require top-quality engineers, “so ordinary people didn’t feel that it really helps with their daily lives.”

Tsai says that 10 years ago, when Kaohsiung County became part of the city, an AmCham Kaohsiung white paper suggested that the government create an industry centered on the long-term care of senior citizens to take advantage of Kaohsiung’s warm climate, lower living costs, and convenient transportation. But the city government has preferred to focus on high-tech industry, such as developing a new science park in the Ciaotou district.

While economic conditions are uncertain right now because of the coronavirus, “Taiwan has controlled the epidemic significantly better than other countries, showing that production risks are lower here,” the Bureau said by email. “When the global situation eases, it will be difficult for investors to ignore Taiwan, let alone Kaohsiung with its advantages of sea and air ports, and its positive promotion of medical materials, digital technology, smart cities, a circular economy, and emerging industries.” 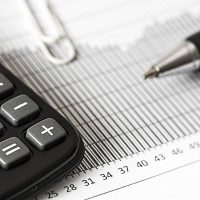 Religion in Taiwan: When Faith and Money Collide