“I thought, oh wow, SARS has returned!” he told Taiwan Business TOPICS in an interview. But he said he felt confident that if it did turn out to be another appearance of the SARS coronavirus (of which no cases have been reported since 2004) and were to make its way across the Strait, Taiwan would have no problem defending against it. Taiwan had the experience and would be prepared to keep the contagion under control.

It wasn’t until later that Chen and others in Taiwan’s government realized that the virus, although structurally similar to the SARS coronavirus, was much more transmissible. It was also harder to detect than its predecessor from the early 2000s because the majority of cases show only mild symptoms.

Chen has reason for confidence about Taiwan’s ability to combat infectious diseases effectively. Stepping in as Director-General of the Department of Health (precursor to the current Ministry of Health and Welfare) at the height of the SARS crisis in 2003, he was responsible for leading the effort in successfully containing its spread. He has generally been viewed as Taiwan’s SARS hero. When he took the position, however, he was walking into a minefield.

Another factor contributing to the severity of the crisis in Taiwan was the lack of strong infection-control standards in Taiwan’s hospitals at that time, he notes. The most egregious example was the Taipei Municipal Heping Hospital outbreak in April 2003, when an ineffective shutdown and quarantine procedure resulted in over a hundred infections and dozens of deaths, many among hospital staff.

Chen and his DOH colleagues knew time was of the essence. Sending officials to train all of Taiwan’s more than 700 regional and local hospitals would not only be a huge expense, it would also be extremely time-consuming.

Instead, the ministry opted to begin by conducting training at Taiwan’s major medical centers on how to effectively control the spread of SARS within hospitals. Health professionals from those medical centers would then be dispatched to train staff at a few hundred regional hospitals, who would go on to give training at the remaining several hundred local hospitals. “By using this approach, we were able to facilitate an island-wide hospital infection protocol within just two weeks,” says Chen.

The specter of SARS was a wake-up call for the Taiwan government in other ways as well. The Vice President mentions that the Communicable Diseases Control Act, the statute that sets the standards for quarantine and containment of infectious diseases in Taiwan, had not been updated in decades at the time of the SARS outbreak. Revisions to the act and its relevant regulations became a priority task under Chen’s leadership of the DOH.

Taiwan’s Centers for Disease Control was an underdeveloped agency when SARS hit. “Our CDC was not well-staffed, didn’t have great equipment, and was not well-prepared. So, we embarked on a reorganization effort,” Chen says.

Finally, to better contribute to the international community in future medical crises and promote the case for Taiwan’s membership in the World Health Organization, the DOH created the Office of International Cooperation.

Asked what has improved in Taiwan since his time as health department head, Chen emphasizes that beyond better quarantine enforcement, the experience of dealing with medical crises has pushed Taiwan’s healthcare authorities and professionals to become much more vigilant in their screening and control standards.

“Doctors now ask their patients about their TOCC,” Chen says, using an acronym that stands for travel history, occupation, contact history, and cluster – whether or not they had engaged in any group activities in the time period leading up to their illness. Obtaining this basic information is an extremely crucial step in tracking down the source of an infection in order to better control its spread.

When TOCC questions are posed to them, however, sometimes people don’t tell the truth, the Vice President notes. This is where the big advances in data collection and AI that have taken place over the past couple of decades in Taiwan and elsewhere come into play.

“We now have a very good computerized system for customs and immigration that can show us very easily which destinations people have previously visited,” says Chen. “Through data collected from our National Health Insurance system, we can see who’s visited what hospital or clinic and what illness they were treated for.” He adds that police and mobile phone records can also be used to track down anyone the infected person has come into contact with.

As much as big data and AI technology can assist Taiwan’s authorities in controlling COVID-19, new outbreaks in countries around the world indicate that this virus may not be totally eradicated as SARS was.

In a February 10 Facebook post, Chen stated that the COVID-19 coronavirus has a low fatality rate but a high rate of transmission. It could therefore become a regular part of life, like influenza, which although it kills hundreds of thousands of people every year, does not cause a level of panic like that associated with novel virus outbreaks.

During his conversation with Taiwan Business TOPICS in the Presidential Office Building, Chen said that the reason people don’t worry about the flu is the existence of rapid diagnostic tests, antiviral treatments, and an effective vaccine that is improved upon each year. He emphasizes that acquiring such tools for use against COVID-19 is the most critical next step in reigning in the virus. “Only with these weapons can we safeguard the health of our people,” he says.

Currently a potential antiviral drug, Remdesivir, is being tested in Taiwan, while a vaccine is being developed as a collaboration between Taiwanese biotech corporation Medigen and the U.S. National Institutes of Health. Chen estimates that these will be ready for widespread distribution in the near future.

On a final note, Chen – who during his tenure at the DOH had traveled to Geneva to petition for Taiwan’s participation in the WHO – once again made an impassioned case for giving Taiwan that opportunity.

“We want to help – to send out our great doctors, our great researchers, our great nurses – and to share our knowledge and experience with countries that need it,” he says. “We want to be a good global citizen and make our contribution, but right now we are unable to.” 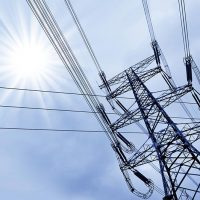