The recently concluded 9th Term of the Legislative Yuan was the first time the Democratic Progressive Party held majority control of the lawmaking body and thus also the first time that the DPP controlled both the legislature and the executive branch. What was the result in terms of legislative performance?

The 9th Term was therefore busier (with 737 more bills proposed than in the previous term) but legislators were slightly less efficient in terms of passage (32% versus 34%). All in all, it was a relatively productive term for the DPP.

This report examines selected areas of legislation of particular relevance to AmCham members.

In March 2019, the Judicial Yuan proposed a new Commercial Litigation Act (CLA), which was then approved by the Legislative Yuan on December 17. Together with passage of amendments to the IP Court Organization Act, also in December, it authorizes establishment of a new Intellectual Property and Commercial Court (IPCC), expanding the jurisdiction of the existing Intellectual Property Court to include the adjudication of complex and specialized commercial disputes, if certain criteria are met.

It is expected to be at least two years before detailed regulations are completed and the IPCC actually begins operations.

On December 31, legislators also passed amendments to the Trade Secrets Act that will allow prosecutors to issue gag orders preventing people who have been exposed to trade secrets from disclosing proprietary information outside of investigatory or judicial proceedings. Along with the establishment of the IPCC, this step is expected to improve the efficiency and effectiveness of commercial and IP dispute investigations and proceedings, while also increasing protection of trade secrets for businesses.

On December 13, the draft Medical Device Management Act was approved by the legislature after a nearly two-year process. The new act establishes a legislative basis for the management of medical devices, which until now were governed by the Pharmaceutical Affairs Act. Although no implementation date is prescribed in the legislation, the government is expected to complete the implementation rules in a timely manner, as the simplified licensing procedures and other aspects of the Act are considered integral to the government’s efforts to promote development of the medical device industry.

The draft Digital Communications Act (DCA) submitted to the legislature in November 2017 never made it to the third and final reading in the 9th Legislative Yuan. The DCA would have established a legal framework for internet governance in Taiwan, bringing the treatment of online activities in line with existing laws and regulations covering related “offline” activities – for example, the application of notice and takedown requirements to digital service providers.

The DCA passed review by the Transportation Committee in 2018. But due to some legislators’ concerns about data localization and intermediary liability, it never garnered the cross-party caucus support needed to send it to the floor for second and third readings. If the government still intends to pursue the measure, the existing draft or some new iteration of it will have to be resubmitted to the 10th Legislative Yuan.

The Ninth Term also failed to pass proposed amendments to the Customs Import Tariff schedule – introduced in November 2019 and endorsed in spirit by the Ministry of Economic Affairs – that would have lowered tariffs on imported large auto parts used by domestic manufacturers and assemblers. When Taiwan entered the WTO, tariffs were reduced on imported automobiles but not on auto parts, putting Taiwan’s domestic industry at a relative price disadvantage. A similar bill is expected to be reintroduced in the 10th Term and passed with relative ease.

The 10th Legislative Yuan likely will see a flurry of administrative restructuring initiatives, taking up some unfinished business, including the long-planned upgrade for the Center for Drug Evaluation and an upgrading of the Tourism Bureau. Proposals are also expected for the establishment of two new entities – a dedicated digital authority and a personal information protection authority.

The draft Act for Establishment of the National Drug Review Center, which would elevate the administrative status of the Center for Drug Evaluation, was submitted to the legislature in March 2017 as a “priority bill.” At the time, Minister of Health and Welfare Chen Shih-chung had high hopes for the new center, saying he hoped it would come into being in 2018 and eventually make it possible to reduce drug-license application times by two months. But following committee review, the bill saw little progress.

The new center appears to remain a priority for the DPP, but the fact that it remained in legislative purgatory for so long raises questions about its fate in the 10th Term.

Prospects are brighter for legislation to upgrade the Tourism Bureau to a Tourism Administration, still under the Ministry of Transportation and Communications, which effectively means more budgeting and staffing. A bill to this effect failed to pass in the 9th Term because it was coupled with a more complex bill related to broader restructuring of the Ministry that never garnered cross-party consensus.

But there is bipartisan support for the administrative upgrade, which is considered essential to transforming the tourism industry and enabling the Tourism Bureau to take on the mission of promoting Taiwan tourism in new markets to replace waning PRC arrivals – a shift that will need more resources than available to the existing Tourism Bureau.

President Tsai Ing-wen has also promised to establish, within four years, a “digital development authority” to direct digital infrastructure development, coordinate the allocation of government resources for digital-economy industry development, and manage digital markets. According to the President, the areas of focus of the new authority will include information technology, cybersecurity, and telecommunications. While we expect that 10th Term legislators will start delving into the establishment of this new digital authority, the complexity and scale of the undertaking is likely to make it a long-term process.

The Personal Information Protection Act (PIPA) has long served as Taiwan’s legal framework for the usage and processing of personally identifiable information collected by private and public-sector entities. One notable difference between PIPA and the EU’s General Data Protection Regulation (GDPR) is that Taiwan does not have a single data-protection authority, as required by GDPR. Instead, data protection is regulated by the government agencies responsible for individual industry sectors. The next legislative term is expected to see introduction of legislation to establish a new data-protection entity, and there will be pressure to pass it quickly in order for Taiwan to achieve what the GDPR terms “data adequacy.”

Given the DPP’s continuing absolute majority in the legislature and the fact that President Tsai will not be running in 2024, the DPP can be expected to take full advantage of its consolidated power position to drive an ambitious policy agenda. Although the procedural and political maneuvers available to Taiwanese opposition parties mean that no outcome can be taken for granted, the DPP appears well positioned for relative success with its legislative agenda over the next four years. 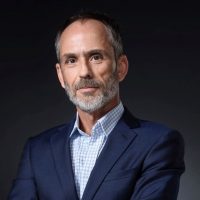 Eric P. Moon, Senior Consultant at Soundline Consulting, is a member of the Jet-Go Consulting Group. Soundline is a public affairs agency that tracks and analyzes legislative and regulatory developments in Taiwan for clients across a wide range of industries and provides them with strategic communications advice. 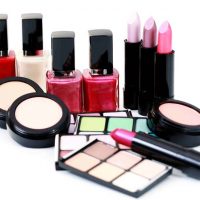 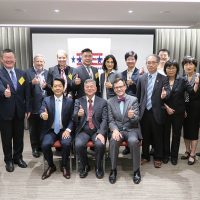 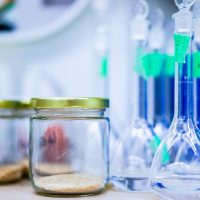 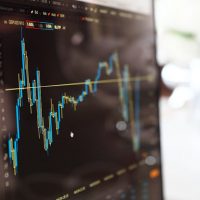