Atlas Copco Taiwan General Manager John Demers didn’t do much international travel during his early years growing up in Canada, but he now considers himself a long-term expat and can’t imagine life any other way. He is happy to bring his robust knowledge of industry and his well-formed management skills wherever they are needed – although he admits he and his family love living in Taiwan.

Demers took some time out of his busy schedule running Atlas Copco’s operation in Taoyuan’s Yangmei District to talk with Taiwan Business TOPICS’s Jeremy Olivier about Taiwan’s industrial equipment sector and a career that has spanned two decades and five countries. Below is an abridged version of the interview.

Your university degree was in mechanical engineering (from Canada’s University of New Brunswick). How did that experience shape your eventual career?

While engineering is rooted in science, it’s a very practical, hands-on field – particularly mechanical engineering. I think the type of behaviors I cultivated in my degree program were very useful in the work I would eventually go on to do, especially being able to develop a solid idea of what needs to be done before rushing into something. At the same time, I don’t overanalyze decisions; there is a balance where most of the decisions you make end in success, but the ones that don’t, you can learn from and move on. You can’t be so cautious that you become paralyzed, and this is something valuable I took with me into my management positions.

What attracted you to the industrial equipment industry? Would you make the same choice if you were starting over?

Honestly, it was a bit of fortune. I went from university straight into industry, working for a smaller, family-owned company that dealt with things like conveyers, elevators, and robotics systems. It was really fun to get in there and get my hands dirty. While at that company, I met some people I was eventually able to follow over to Atlas Copco. I was lucky in that the company’s core values really aligned with my own. They put a heavy emphasis on innovation, on interaction, on their commitment to all of their stakeholders, and on being very, very sustainable.

I can’t say that I wouldn’t make the same decision again, but I can imagine a scenario in which I started working for a company that is a little less focused on those values, and maybe being turned off of the whole industry sector because of it.

You have held management-level roles in several countries worldwide. Did you actively seek out the opportunity to go abroad?

Perhaps not actively at first. Before taking my first assignment in Belgium, I had never traveled much outside of Canada and the U.S. At the time I was offered that position, I had just bought a new house and a new car, and my wife and I had just had our first baby boy. It was a difficult decision, but in the end, we decided to accept the offer because we knew we’d regret it if we didn’t. Once we started, we couldn’t stop. From Belgium, we went on to Algeria, then to the southern U.S., and we’ve now been in Taiwan since 2014.

If the company were to call tomorrow and tell me that they needed me to move on and fill a role in another country, I would be okay with that, but part of me is actually quite happy living in Taiwan. My family really likes it here. It’s safe, modern, clean, friendly, and it’s close to so many cool places we can visit.

What are the most significant characteristics of the industrial equipment market in Taiwan? What are the main ways it differs from other markets?

Taiwan is a very mature, very advanced market, especially in relation to other countries in the region. You can tell from discussions we have with our customers here that they have been exposed to global trade and manufacturing for many years. From plastics in the 1970s, to semiconductors in the 80s, and screens in the 90s, industry players generally know exactly what they want when they contact us.

This can be a challenge, though, in that they are somewhat hesitant to take risks and move on to a setup that could possibly be more effective, more productive, more reliable. They have a system that’s worked for 15 to 20 years, and have found a comfort zone in that.

I was surprised at this hesitance to change things up because a lot of these companies are from high-tech industries. These industries know how to create market-changing products, but the prevailing attitude is that change is difficult, and that it’s something to be managed.

The shortage of available land in Taiwan has been described as a challenge for the economy. Atlas Copco recently moved into a new plant in Taoyuan’s Yangmei District. Was it difficult to find the new site?

It was. We are an asset-light company. We typically lease, rather than buy, property for our facilities. In most markets where we operate, it’s an equation that’s worked, but in Taiwan it was a much bigger challenge. In order to make this move, we had to find an owner with a piece of land who was willing to build an exterior shell for us that we could add our interior to and make our own. That’s not easy to find here. Most landowners are looking to sell, or build something to lease longer term, or they want you to build the whole facility yourself.

The other issue was the rather complicated process of applying for registration and permits from the local government. We had assumed that since we were moving from Longtan to Yangmei – both in Taoyuan – the process would be a bit simpler and more streamlined. It ended up taking longer than we wanted to move into the new facility.

Do you have a particular style as a manager? What do you consider to be your main strengths? Any weaknesses?

I’m someone who enjoys being involved with my management team. Rather than dictating or directing, my style is to help every one of my contributors find where they need to be. I do provide guidance, and I will point out possible setbacks along the way, but I have learned that letting people find their own solutions and path to success is more effective.

That’s not to say that I’m completely hands off. I also like to be kept updated, and talked to, in order to see where the team is and how to close gaps when we’re behind or make good use of extra time and resources when we’re ahead. In the end, though, our managers are normally mature enough that they can tell me when and where they need me.

In terms of weaknesses, I do have some blind spots. I tend to lean toward  the ideas that I agree with, and set aside other ideas that perhaps do not stand up to challenges. I have to remind myself sometimes that I might be overlooking or dismissing very good ideas, but that the colleagues that raise them perhaps don’t know how to defend them. What would be best is to work together with those colleagues to really put that idea to the test, and see if it works out in the long run.

What do find is the best way to motivate your team? How do you cultivate talent and leadership potential?

The first thing you need to do is to find out if you have a team that needs to be motivated. Some of the managers that I work with are very self-motivated. My job then is to make sure they don’t get down on themselves too much.

When I was in the U.S., motivating my team was all about recognizing and celebrating their accomplishments. In Taiwan, though, the managers I work with are a bit more conservative and don’t brag about their successes. For me, finding subtle ways of making sure that the rest of the team knows when someone has done something well or something that others can learn from has been an effective approach.

We as managers have to be able to identify potential in our team, to find who has the lung capacity to run a full race, and put them in positions where they are able to hit the finish line. Now, not everyone’s going to be able to reach their given potential at the same time, so it’s very important not to put everyone in a certain category – this is not a one-size-fits-all concept. You need to talk to your team members and figure out where each of them is in their career and where they ultimately want to go. It’s time consuming, but that’s our job.

What are the most challenging and most fulfilling aspects of expat life? Any that are particular to Taiwan?

I have been an expat now for 12 years, and I can honestly say that the most challenging aspect of the life we lead is the initial absence of a support structure when we arrive in a new place. Our first move abroad was right after our first son was born. We had uprooted ourselves from a system of friends and relatives that could support us and help with childcare when needed. It takes a while to adapt to a new place in general, and having that circle of friends and contacts is important to making the adjustment.

Luckily, we have learned to make great friends quickly in each place we’ve lived, so the adjustment period now is minimized. One thing I would say about Taiwan’s expat community is that it’s relatively smaller than in a place like Shanghai, Hong Kong, or Singapore – so it’s a very close community. We get to know one another quite well and form some great relationships. 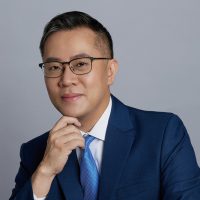 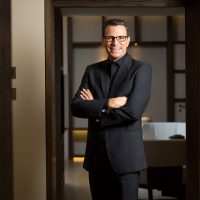 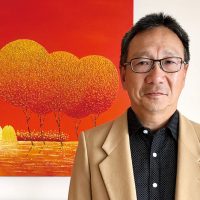 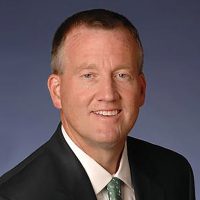