The 2019 American Ball – on the theme of Winter Wonderland – confirmed the event’s reputation as one of Taipei’s social highlights. Co-organized by AmCham Taipei and the American Institute in Taiwan (AIT), the ball was held December 7 at the Grand Hyatt Taipei, with nearly 300 AmCham members and guests in attendance.

Inside the hotel’s Grand Ballroom, attendees were magically transported to a far different climate than subtropical Taipei’s. The wintry theme was reflected in the room decoration, captivating performances by the VMJ dance group, the menu’s Christmas ball dessert, and such concoctions as the “White Christmas Martini” and “Mrs. Claus’ Wildside” available at the cocktail bar.

Live music was provided by Sherwyne Pereira and his band MODA, whose pulsating beat kept the dance floor packed until late in the evening. Dancers could take a break by nibbling on such late-night snacks as chocolate-covered bacon, churros, and macaroon sliders. Guests also had the opportunity to get snapshots taken, creating lasting memories at the photo booths. 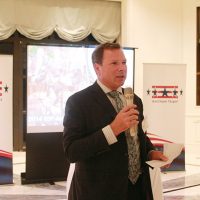 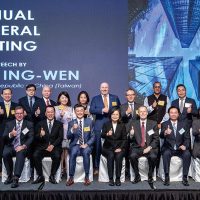 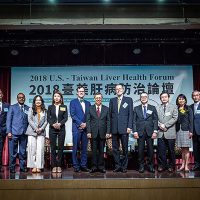 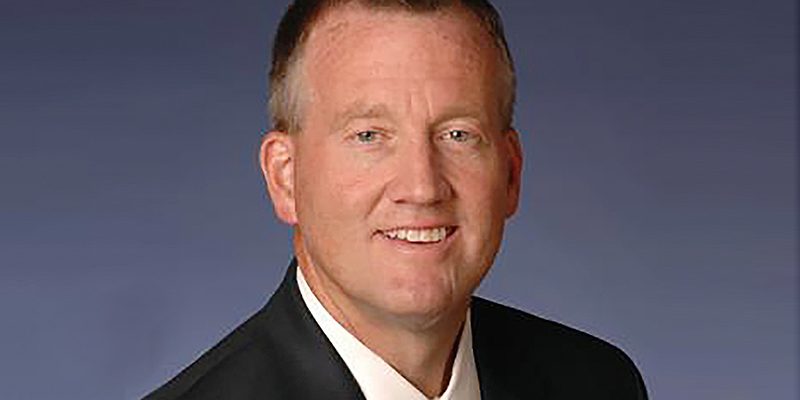 Washington, D.C.-based Peter Cleveland, Vice President of Global Policy for the Taiwan Semiconductor Manufacturing Co. (TSMC), has an insider’s knowledge of how to frame and...