Two industrial sectors appear particularly promising for Taiwan to develop as a regional center for the Asia Pacific.

The best opportunities for Taiwan to play a strong regional role may lie with its fast-developing capability in offshore wind power and its already well-established foundation as a high-tech R&D center.

Taiwan has big expectations for wind power, especially offshore installations – and not only as a means of generating enough electricity to enable renewables to replace nuclear power plants. The vision is to create a potent supporting industry, covering everything from manufacture of the needed wind-turbine components, towers, and submarine cables to marine engineering and construction of the underwater foundations and specialized ships used to install the turbines many miles out to sea.

With that foundation, Taiwan could be a regional leader in what is a rapidly growing industry. Power generated from the main renewables – solar photovoltaic and wind power – currently accounts for only 0.3% of global electricity generation, according to the International Energy Agency. However, offshore wind capacity is set to increase 15-fold over the next two decades, turning it into a US$1 trillion business, experts say.

The technology is already well-established in northern Europe, and multinational companies are scrambling to get a foothold in Asia. Within the industry, Taiwan is currently considered the place to be.

“When it comes to offshore wind, Taiwan is the second most attractive market in the world after the E.U., followed by Korea and Japan,” says Joél Ciceron, director of Ostendo Projects, which offers consultancy services to wind power developers.

First of all, says Ciceron, Taiwan has an abundance of good sites for wind power. Many of the world’s top 20 sites for developing offshore wind are located in the Taiwan Strait, which forms something of a natural wind tunnel.

The second reason is the strong commitment from the ruling Democratic Progressive Party government, which aims to make Taiwan nuclear-free by 2025.

By then, the government’s plan calls for renewable energy to account for 20% of Taiwan’s energy mix, up from the 1.9% reported in the 2019 Taipower Sustainability Report. The proposed 5.7 Gigawatts of installed offshore wind-power capacity is expected to generate nearly NT$1 trillion (US$31.7 billion) in total investments and create 20,000 job opportunities. It’s an ambitious plan, as in 2018 wind power stood at around 0.3% of Taiwan’s energy mix, according to the Bureau of Energy.

Developers have been offered attractive 20-year power purchase agreements with a feed-in-tariff above European benchmarks. As a result, top European wind-power developers have been setting up shop in Taiwan, including Denmark’s Ørsted and Copenhagen Infrastructure Partners and Germany’s wpd, along with numerous foreign suppliers – 18 from the UK alone.

A sign that Taiwan has become a hub in this sector, notes Ciceron, is a trend for companies to use it as a location to cultivate expatriate talent. After gaining experience in Taiwan’s offshore-wind industry, they may be moved by their companies to other parts of Asia, such as Japan and Korea.

In early November, Taiwan’s first commercial offshore wind farm, Formosa 1, was inaugurated off the coast of Miaoli County in north-central Taiwan. The project, launched in 2013, each year will supply enough power for 128,000 households, more than 60% of the households in Miaoli. The Formosa 1 project is a joint venture among Denmark’s Ørsted, Japan’s JERA, Australia’s Macquarie Capital, and Taiwan’s Swancor Holdings.

A Formosa 2 project, expected to start commercial operations in 2021, will supply power to approximately 380,000 households annually, while a massive Formosa 3 wind farm is under planning.

The government is also promoting the financing of wind-farm projects as a new business opportunity for the banking industry. The idea is to encourage international banks with offshore-wind experience to bring their expertise to Taiwan, where they can collaborate with local financial institutions. The financial consortium backing Formosa 1 consists of four local and seven international banks, with guarantees from EKF, Denmark’s Export Credit Agency.

“This has enabled the local financial community to prepare for future investments in large-scale offshore wind projects in Taiwan,” Ørsted said in a press release last year.

In a recent related move, Ørsted raised NT$12 billion through the issuance of green bonds (bonds earmarked for use in environment-friendly projects) that will be traded on Taiwan’s over-the counter market to finance its investments in offshore wind projects in Changhua County. It was the first time for a foreign company to issue green bonds in Taiwan and will help the nation develop green financing.

While Taiwan can now clearly be considered a nascent Asian offshore wind power hub, there are concerns about whether this status can be sustained over the long term.

Although developers generally support policies to foster the use of local content in equipment and the hiring of local talent, they worry that the government may demand too much, too quickly, to the detriment of the industry’s viability.

Ciceron notes that Taiwan is seeking to build a local industry from scratch, with no existing supply chain to provide support. “There’s frustration from developers that they’re being pushed to have 100% local content in wind farms, and it’s not realistic,” since the higher costs will erode competitiveness.

At this stage in Taiwan’s wind-power development, it is often cheaper to import material and equipment from countries that already have a foundation in the sector, says Ciceron. “You need to find a way to satisfy the vision of the government without losing track of the economics,” he advises.

That vision is to create a strong enough domestic base in wind power that Taiwan will be able to take a leading position in the industry’s future development in the Asia Pacific. Ciceron is bullish about Taiwan’s prospects for achieving that aim, noting that foreign players find it hard to break into the supply chain in China, while Japan’s progress has been hindered by an inadequate regulatory framework and the strong resistance coming from Japanese fishermen.

Other executives stress that Taiwan’s viability as a wind-power hub over the coming decades will depend chiefly on the degree of commitment the government signals to potential foreign participants in the sector. Taiwan currently has “first mover” advantage, they say, but before foreign companies make massive investments in building local supply chains, they will need much more information about the government’s plans for wind-power development beyond 2025.

Their questions will include the scope and nature of the projects, how licenses will be awarded, and whether rates will be set by feed-in tariffs, which are essentially government subsidies, or determined through auction.

President Tsai Ing-wen appears aware of the challenge. “Although Taiwan is still the first mover in the green energy race, other Asian countries are in hot pursuit, so our green energy development planning can’t stop at the year 2025,” she said in remarks at the Formosa 1 inauguration ceremony. “We have to achieve our green energy goals and then set higher goals, so that domestic and overseas firms are confident about making long-term investments in Taiwan.”

Taiwan “also has good potential to be an Asia-Pacific R&D center,” says Wang Jiann-chyuan, vice president of the Chung-Hua Institution for Economic Research.

The economist notes that in the last few years several of the leading U.S. technology giants have chosen Taiwan to set up advanced research centers.

Microsoft and Amazon Web Services, for example, have established R&D centers to work on the internet of things, while Microsoft, Google, and IBM are researching artificial intelligence applications here.

Analysts say such companies find Taiwan attractive for its low operating costs compared with such places as Japan and Korea, as well as for its superior intellectual property protection compared with China. Another advantage is Taiwan’s strong semiconductor industry, since specialized chips are needed for many of the new research applications.

Taiwan’s engineering talent is also relatively inexpensive by international standards, while having skills that adapt easily to the new technologies.

The trade war between the U.S. and China has heightened Taiwan’s potential to be an R&D hub, notes Wang. China-based Taiwanese companies that make electronic components, computers, and other high-tech devices have been scrambling to avoid higher tariffs, prompting many of them to increase their presence in Taiwan. To cite one example, Inventec Corp. has shifted its production of notebooks for the U.S. market from China to Taiwan.

In some cases, only the more sophisticated technologies have been brought back. In others, says National Development Council Minister Chen Mei-ling, entire supply chains have relocated back to the island (although companies tend to retain some kind of presence in China). “More integrated supply chains should then attract more foreign investment to Taiwan,” says Ray Chou Yeutien, a research fellow with Academia Sinica.

The Ministry of Economic Affairs says that so far 154 returning companies have made investment plans for Taiwan to the tune of NT$697.7 billion (almost US$23 billion), encouraged by Taiwanese government incentives. As a result, according to the Taiwan Institute of Economic Research, Taiwan will enjoy GDP growth of 2.45% in 2020, higher than its regional rivals Hong Kong, South Korea, and Singapore.

NDC notes that Taiwan’s exports to the U.S. increased by a steep 18.7% from January to August this year, led by products that would be slated for American tariffs if produced in China.

Although U.S. President Donald Trump and Chinese leader Xi Jinping may possibly come to an initial trade deal by the end of the year, that would be unlikely to stop the trend of relocation to Taiwan, since the American dissatisfaction with Beijing’s economic policies appear deep-seated and difficult to fully resolve in the near term. 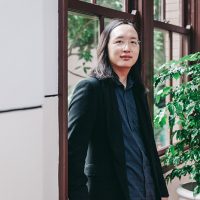 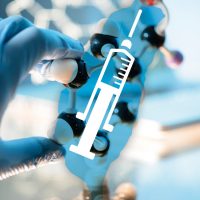 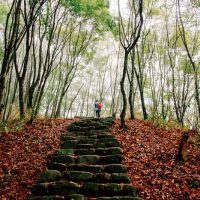 The Challenge of Preserving Biodiversity in Taiwan