Some 230 Chamber members and guests attended the luncheon meeting, where voting was conducted for the 2020 Board of Governors and Supervisors. The six Governors elected for two-year terms were Mark Chen of Abbott Laboratories, CW Chin of Applied Materials Taiwan, Timothy Shields of Cigna Taiwan, Gina Tsai of Airbnb, Fupei Wang of Ogilvy Public Relations, and Angela Yu of Microsoft. They join 2019-2021 Governors Al Chang of Deloitte & Touche, Albert Chang of McKinsey, Seraphim Ma of Baker & McKenzie, Jan-Hendrik Meidinger of the Grand Hyatt Taipei, and Paulus Mok of Citibank.

In her speech, President Tsai also thanked AmCham for helping to “remove many obstacles for U.S. companies investing and operating in Taiwan.” She said the government listens closely to the suggestions of AmCham members and responds to their concerns, citing the recent implementation of a Patent Linkage System for pharmaceuticals as an example.

Tsai stressed her administration’s determination to build a new economic development model for Taiwan, one that will “transform Taiwan into Asia’s high-end manufacturing and R&D center, a regional financial and wealth management center, and a base for high-quality talent.”

The meeting also included a State of the Chamber 2019 report by Leo Seewald, who served as the AmCham Taipei chairman for most of the year. He highlighted the Chamber’s recent achievements, including receiving the 2019 Corporate Community Leadership Award from the Community Services Center for “exceptional leadership, service, and commitment to Taiwan.” 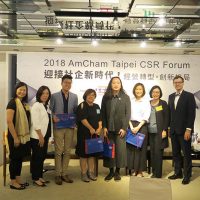 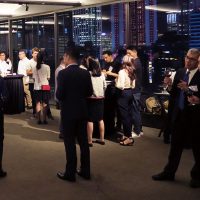 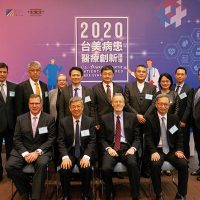 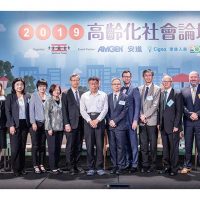 By Austin Babb and Jason Wu Hsiao Attends Biden Inauguration Hsiao Bi-khim, Taiwan’s representative to the U.S., was formally invited to attend the inauguration of...