Most of AmCham Taipei’s member companies in the medical device field are sales and marketing arms of the world’s major multinational, especially American, brands. The profiles below introduce two member companies that are exceptions in that their forte is manufacturing, with Taiwan as their main base. As private companies they don’t disclose their financial information, but their success is evidenced by their steady expansion, including the recent addition of large new manufacturing sites. They are both also prime examples of the entrepreneurial spirit.

When CEO Jane Liu graduated from college in Taiwan with a law degree in 1980, her family discouraged her from pursuing a legal career as inappropriate for a woman. So, she headed for the U.S., where she earned an MBA in marketing from the University of San Francisco (“it seemed like something practical”) and began researching what industry to go into.

A chance to serve as a translator at a medical device trade show in Oakland “showed me how interesting the health industry is,” Liu recalls. She launched her own small operation making components for electrosurgery products in 1985, but two years later concluded that survival would require the jump to producing finished products.

That’s when she decided to move the company back to Taiwan. “People here are very good at manufacturing – metal products, plastics, IC chips, electronic components – so I could find everything I needed. When I came back, I contacted all these traditional industries and I was just amazed at their skills.”

“Taiwan also offers excellent engineering and overhead is cheaper,” Liu says. “Maybe we no longer have cheap labor here, but we do have very competitive engineering. And we have a strong sense of ethics, so the customers trust us.”

Over the years, New Deantronics’ contract-manufacturing customer list has grown to include most of the leading brands in the medical device field. It makes a wide variety of devices, including products for general surgery, neurosurgery, cardiology, orthopedics, and aesthetics, and offers sterilization services to enable shipments direct to the customer’s warehouse. Increasingly the company also helps customers with product design and development.

“We have no sales force – zero,” says company president Michael Blomeyer, a former HP Medical Products executive who has been with New Deantronics for close to 20 years. “We have no desire to try to compete with our customers. We could never duplicate the kind of distribution power they have.”

He notes that it would be difficult to build an international medical-device brand in Taiwan because of the limited market size. The major multinational companies in the field bear the expense of training surgeons all over the world on how to perform medical procedures using their devices.

For the New Deantronics business model of OEM/ODM production, however, Taiwan has provided a fertile environment. When the company moved into its current facilities in New Taipei City’s Tucheng District nearly two decades ago, it had about 100 employees. The headcount has since grown to 850, including some 200 workers from the Philippines, and will soon be increasing even further as a result of expansion projects.

“The future is looking very promising,” says Blomeyer. The company’s R&D team is working on projects involving new technologies such as therapeutic ultrasound and nano-optics that have the potential to be breakthrough areas for medical diagnosis and treatment.

To ready itself for the next stage of growth, this summer the company completed construction of a new 45,000-square-meter plant in Chiayi County in south-central Taiwan. Inclusion of an EO gas sterilization facility will enhance the company’s ability to supply customers with ready-to-market products.

New Deantronics has also acquired 20 acres of land near Reno, Nevada, and plans to start construction late this year or early next year on an R&D and manufacturing facility of its own design that will involve an estimated US$40 million investment in construction and equipment and create some 200 jobs. Six newly hired Americans are currently undergoing training in Taiwan for management roles in Nevada.

“About six or seven years ago, we decided that we should also have a facility in the U.S.,” says Blomeyer. “We realized we had to get closer to our customers, and the customers are getting more concerned about risk mitigation – not wanting to concentrate all their production in one location, especially one outside the U.S. Instead of letting that business go to our competitors, we decided to set up a plant in the U.S.”

At the same time, New Deantronics is showing its dedication to its Taiwan base. Within the Tucheng facility it is acting as an incubator for two Taiwanese startups with high-potential new technologies. Liu notes that the doctors and scholars coming up with promising new ideas need help with the business side of their ventures, including “productizing” their idea and meeting all regulatory requirements. “With our experience and connections, we can provide some guidance. It’s a way for us to give back to society.”

As a young amateur pugilist, Roger Samuelsson first visited Taiwan in 1983 out of curiosity to see the place where his boxing equipment was made. Armed with a degree in mechanical engineering from his native Sweden, he returned a few years later to start a business sourcing a wide range of merchandise for European importers.

Eventually Samuelsson decided on medical device manufacturing as the field to specialize in. Together with co-founder Martin Jelf, he saved up to buy a few pieces of machinery and installed them in borrowed space inside a supplier’s factory. From that humble beginning, SHL (a shortened version of the original name of Scandinavian Health Ltd.) has grown into what is now a global leader in the design, development, and manufacturing of drug-delivery devices, such as autoinjectors, pen injectors, and inhaler systems.

SHL currently has nearly 5,000 employees worldwide, including 4,400 in Taiwan. The company’s high level of quality and service has enabled it to attract a majority of the world’s top 25 pharmaceutical companies as customers.

International recognition for SHL’s products has included a Red Dot Product Design award in 2009 for its Precision Pen Injector ® and a Medical Design Excellence Award this year for one of its autoinjectors.

Early this month, SHL held a celebration observing the 30th anniversary of its founding and the official opening of its 10th manufacturing site in Taiwan – all of them located in the north-central city of Taoyuan. Participating in the ribbon-cutting ceremony at what is called the company’s Liufu site were Legislative Yuan speaker Su Chia-chyuan and Vice Minister of Economic Affairs Wang Mei-hua. Taoyuan Mayor Cheng Wen-tsan dropped by later to join the VIP attendees for lunch.

The new facility, which contains 63,000-square-meters of modern office and manufacturing space, is being installed with fully automatic, high-output production equipment – including specialized automation machinery of SHL’s own design and manufacture. Eventually the site will house more than 100 state-of-the-art electric injection-molding machines.

The investment in the Liufu site, including the cost of construction and equipment, will come to nearly US$200 million, says Ulrich Faessler, CEO of SHL Medical, the main company within SHL Group. “It will make it possible for us to pursue two business models,” he notes. “The fully automatic processes will enable us to turn out much bigger volumes to meet our customers’ needs. At the same time, at our other sites we can take orders for smaller batches, for example for clinical trials. We’ll be in a position to be very flexible.”

Among the energy-efficient features at the Liufu site are a centralized monitoring system to automatically adjust energy consumption and the ability to use heat given off by the electric molding machines for power generation.

Besides the design and manufacturing in Taiwan, SHL Medical has established a headquarters in Zug, Switzerland, and maintains design and development centers in Stockholm, Sweden and in Deerfield, Florida in the U.S. An acquisition in 2004 led to the establishment of SHL Healthcare, which makes pressure mattress systems, patient lifting slings, and medical soft goods in China. The group also includes a third company, SHL Technologies, which is based in Taoyuan as well.

Further expansion in Taiwan is planned. “We’ve already added 600 people so far this year, and we expect to add another 1,000-1,500 next year,” says Faessler. “Next year’s plan also calls for building a warehouse.” 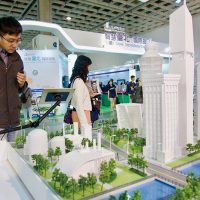