After months of uncertainty regarding whether Taiwan would lose yet another ally to China, the government of the Solomon Islands on September 16 voted to switch diplomatic recognition to the PRC, ending its 36-year formal relationship with Taiwan. Its decision followed statements made by Taiwan’s Ministry of Foreign Affairs and warnings from U.S. officials urging the Pacific island nation not to be lured by Beijing’s economic promises.

Just days after the Solomon Islands vote on September 20, another of Taiwan’s Pacific island allies, Kiribati, decided to follow suit and switch recognition to the PRC.

Upon learning of each government’s decision, Taiwan’s foreign minister, Joseph Wu, pre-emptively announced the immediate severing of formal ties and closing of Taiwan’s embassies in the two countries. Funding originally reserved for the Solomon Islands and Kiribati will now be reallocated to Taiwan’s four remaining Pacific allies.

Taiwan has lost seven diplomatic partners since Tsai Ing-wen took office in 2016, leaving it with formal recognition from only 15 countries. Observers have said that such losses are part of a strategy by China to increase economic, military, and political pressure on Taiwan, particularly in the run-up to the 2020 national elections.

In a show of solidarity with Taiwan, the U.S. Department of State, as well as a number of American politicians, publicly condemned the moves by the Solomon Islands and Kiribati. Senator Marco Rubio has begun seeking certain retributive measures, including cutting U.S. financial assistance to the Solomon Islands and restricting the country’s access to U.S. dollars.

President Trump on September 10 announced over Twitter his firing of John Bolton, the third national security advisor to serve in the Trump administration. Bolton, who had served as the U.S. ambassador to the United Nations during the George W. Bush administration, is generally seen as favoring a stronger relationship between the U.S. and Taiwan.
Bolton’s departure from the National Security Council was unsurprising for many, given the disparate stances he and President Trump take regarding national defense. While Trump generally prefers striking deals with both allies and adversaries of the U.S., Bolton is regarded as a hawk. The event that eventually led to his resignation was Trump’s later-aborted plan to invite the Taliban to Camp David for negotiations, which Bolton had firmly opposed.

Bolton will be replaced by Robert O’Brien, a lawyer with a history of roles in the U.S. government, including as a representative to the UN during Bolton’s tenure there. O’Brien is considered to be closer in line with establishment conservatives than Bolton on foreign policy issues, but is also a vocal supporter of Taiwan. In a 2016 editorial in The National Interest printed shortly after President Tsai Ing-wen’s inauguration, O’Brien argued that “proponents of freedom and self-determination from outside of Taiwan must shine a spotlight on the ROC in order to rally international support for its maturing democracy.”

President Tsai Ing-wen on September 5 received a delegation from AmCham Taipei led by Chairman Leo Seewald. During the meeting, the Chamber briefed the president on its 2019 CEO Mission to Washington, D.C. Delegation members outlined the mission’s key objectives of helping to lay the ground-work for FTA negotiations between the U.S. and Taiwan, encouraging early resumption of the bilateral TIFA process, and urging the U.S. to send high-level officials to Taiwan more frequently.

Tsai congratulated the Chamber on its successful mission and emphasized AmCham’s important role in facilitating and encouraging strong economic ties between Taiwan and the U.S. She concluded by signaling her desire for Taiwan and the U.S. to proceed with signing a bilateral trade agreement in the near future.

Lee Meng-chu, a native of Fangliao Township in Kaohsiung County, was reported missing by family members on August 19 after he entered China from Hong Kong. Although authorities in Shenzhen initially told Lee’s family that they had no record of him entering the mainland, China’s Taiwan Affairs Office on September 11 revealed that Lee had been detained and was under investigation for activities that “endangered national security.”

Lee is a volunteer activity organizer in Fangliao. He was originally scheduled to travel to Indonesia for a conference following his visit to Hong Kong, but Fangliao Mayor Chen Ya-lin told media that he never arrived. Some have speculated that Lee’s disappearance could be connected to his support for the anti-government protests that have been taking place in Hong Kong.

Student activist Joshua Wong, secretary-general of the Hong Kong pro-democracy party Demosistō, arrived in Taiwan on September 3 to meet with government representatives and politicians. The purpose of Wong’s visit was to update his hosts on the movement for greater democracy in Hong Kong, gain insight on what kind of humanitarian assistance Taiwan’s leaders are willing and able to lend to the protesters, and to rally support among Taiwanese for Hong Kong’s cause.

After his Taiwan visit, Wong traveled Germany and the U.S. on similar missions. On September 17, he and Denise Ho, a popular Cantonese pop singer who has been a vocal proponent of the ongoing protests, testified before the Congressional-Executive Commission on China (CECC) in Washington, D.C. to push for the passing of a bill aimed at supporting democracy and human rights in Hong Kong.

Nearly two months after Beijing’s decision to restrict individual travel to Taiwan, the county government of the offshore island group of Kinmen announced on September 16 that China planned to lift the ban on its citizens traveling to Kinmen, Penghu, and Lien-chang (Matsu). Magistrates from the three counties, which rely heavily on tourism from China, visited Beijing on August 12 to persuade the government to reopen travel by individual tourists to their islands. The parties negotiated for nearly a month, after which China agreed to allow applications for travelers from 20 cities across the provinces of Fujian, Zhejiang, Guangdong, and Jiangxi. 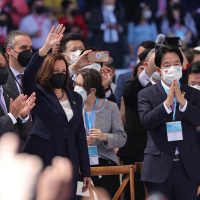 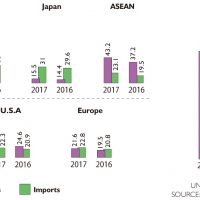 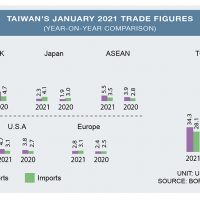