For decades before the establishment of diplomatic relations between the U.S. and the People’s Republic of China in 1979, Americans with a scholarly or professional interest in Chinese affairs invariably spent at least a year in Taiwan – and often much longer – studying Mandarin or doing research. The result was that a whole generation of American “Sinologists” – the makers and influencers of U.S. Asian policy – had spent time living on the island. In most cases, that opportunity left them with an affinity for Taiwan and a deep-seated appreciation of the Taiwanese people’s desire to choose their own political system, free of outside intimidation.

In more recent years, many of those who once might have come to Taiwan have instead gone to China for their studies, research projects, or employment. Far fewer current U.S. China specialists have the level of understanding of – and sympathy for – Taiwan that comes from direct personal experience on the island.

A similar trend has taken place in the other direction. At one time, young Taiwanese intent on furthering their education beyond a bachelor’s degree were almost certain to head to the U.S. Many leading figures in government, academia, and business were American-educated, deepening the connections between the two societies.

Today, Taiwanese students going overseas enjoy many more options, including universities in China. Of those seeking advanced degrees, many choose to enroll in one of the many graduate programs that have been established domestically in recent decades.

Fortunately, both the American and Taiwanese authorities recognize the vital importance for healthy bilateral relations of creating more opportunities for the interchange of young talent between the two countries. In pursuit of that goal, the American Institute in Taiwan (AIT) and Taiwanese government joined forces this summer with the Foundation for Scholarly Exchange (commonly known as Fulbright Taiwan) to establish what is being called the Talent Circulation Alliance (TCA).

By providing more channels for young Americans to come to Taiwan for employment and internships, as well as similar programs enabling talented young Taiwanese to gain practical experience in the United States, TCA can play a key role in forging the personal relationships that can assure ever-stronger ties between the two societies.

The prospective advantages for Taiwan are clear. As AIT Deputy Director Raymond Greene explained in introducing TCA in August, “By both internationally circulating and professionally cultivating Taiwan’s talent, Taiwan can further reposition itself as an innovation-based, internationally connected economy.”

AmCham Taipei is proud to be playing a part in this endeavor. As a founding consultant to TCA, former staffer Amy Chang played a key role in conceptualizing the initiative during her tenure as AmCham’s director of government and public affairs.

In addition, the Chamber has accepted TCA’s invitation to take responsibility for preparing a white paper – to be issued together with AmCham’s annual Taiwan White Paper next June – that will seek to identify the administrative, regulatory, and legal obstacles hindering the effective circulation and cultivation of talent in Taiwan, and to propose practical steps to alleviate those impediments.

Together with the Taiwan government’s plan (described in this issue of TOPICS) to greatly raise the English proficiency of the Taiwan population over the coming decade, the TCA program will contribute to the internationalization of Taiwan’s workforce for the benefit of all stakeholders in this economy. 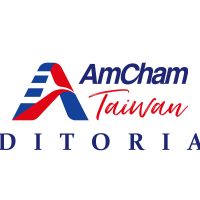