Given the right government policy and smart marketing by local manufacturers, Taiwan’s love affair with scooters could help the environment.

It’s a daily commute for tens of thousands of people, but it has also become an annual pilgrimage for electric motorcycle owners. In what is known as the “motorcycle waterfall,” scooters jostle for position like a huge shoal of fish cascading over Taipei Bridge.

This year, electric scooters gathered on the final Sunday of September at a park in the gritty, post-industrial district of Sanchong in New Taipei City. After a mass crossing of the bridge and pausing for PR shots at the lights on the off-ramp exit, the convoy of riders wearing fancy dress and angel wings bore down Minquan West Road and headed to Taipei City Hall Plaza in the glossy Xinyi shopping district.

Though the “flash mob event” was organized by the electric scooter manufacturer Gogoro, this year’s edition was open to everyone with an e-scooter. A total of 1,572 bikes came from all over the country, setting a Guiness World Record for the world’s largest motorcycle parade.

It was a symbolic event because photographers for decades have been fond of taking zoom shots of Taiwan cities’ rush-hour motor cavalcade or crafting slow-motion films with minimalist soundtracks. In doing so they have created an iconic image that encapsulates Taiwan’s love affair with the convenient but polluting combustion-driven scooter.

According to Gogoro chief marketing executive Chen Yen-yang, the recent record-breaking event demonstrates how Taiwan’s motorcycle market is moving away from polluting, gas-fueled engines and evolving toward a clean, electric future. He said there are now 200,000 Gogoro e-scooter owners in the country, just four years after the first vehicle was launched.

It’s another milestone crossed for the company that was founded in Taoyuan in 2011 and is intent on transforming the e-scooter industry, not just in Taiwan but around the world. In 2016, Gogoro managed to rustle up just 300 “smart scooters” for the bridge crossing from New Taipei to Taipei City over the Tamsui River. The next year there were 500, and in 2018 the number rose to 1,303.

Similarly, every year a new record is set for the number of e-scooters on the nation’s streets. According to marketing intelligence and consulting firm MotorCycles Data, sales of e-scooters have gained in recent years, often massively. Gogoro’s figure of 50,000 for the first half of 2019 represents a 30% increase over the previous year.

In 2018, Gogoro sold 123,431 e-scooters domestically and abroad, double the volume of the previous year. Meanwhile, sales in Taiwan of conventional engine-type motorcycles were 425,382, down 8% for the first half of 2019.

The data suggests that Taiwanese are getting rid of their combustion-engine scooters, but the situation appears more nuanced. For example, in 2015, there were 13.75 million registered motorcycles in Taiwan, or one for every 1.56 people, according to the Ministry of Transportation and Communications. In 2018, there were an estimated 14 million, of which only a fraction were registered e-scooters.

Furthermore, MotorCycles Data states that 2017 was a record-setting year, with 1 million scooters sold in Taiwan. The second-highest sales level was 2018, with 756,170. While sales of gasoline-fueled motorcycles have slowed in the past two years, they remain at a high level, with nine out of ten bikes sold being conventional rather than e-scooters.

Clearly a radical transformation of the transportation landscape, bringing significant environmental benefits, has not yet occurred. It’s estimated that more than 20% of Taiwan’s PM 2.5 pollution comes from scooters. While they typically emit less carbon dioxide than cars and are more fuel-efficient, they emit comparatively more hydrocarbons, which create smog, nitrogen oxides, and carbon monoxide.

In 2018, the Taiwan government committed itself to banning the sale of gasoline-powered motorcycles by 2035, citing pollution and the need to promote renewable energy. Conventional combustion-powered cars will follow in 2040.

In the first stage, the policy calls for restricting or phasing out vehicles more than 10 years old, but implementation is difficult. Entrenched interests are at stake, including oil companies and scooter manufacturers, as well as the estimated 28,000 motorcycle maintenance stores dotted around the country. These stores provide jobs to hundreds of thousands of voters, many of whom could find themselves unemployed if scooters are just another 3C item.

To ease that transition, the Ministry of Economic Affairs (MOEA), industry associations, and manufacturers have provided subsidies for retraining and upgrading. At the same time the government will be creating the infrastructure for change. It aims to install 5,000 charging stations for electric motorcycles by 2023.

In addition, incentives such as subsidies and tax cuts are being made available, not only to consumers to encourage the purchase of electric scooters, but also to manufacturers to help them step up development. The subsidies are critically important, as shown by the launch this June of the first e-scooter collaboration between Gogoro and Japan’s Yamaha.

The Yamaha EC-05 is priced at NT$99,800, but with the government-backed subsidy program it can actually be purchased for less than NT$70,000. Supporters of the government assistance say it is necessary to encourage people to switch from gas to e-scooters – which in turn is helping develop a promising new industry. On the other hand, critics say the money would be better spent on developing public transportation and reducing the number of scooters on the road.

Subsidies do work, as seen from the record high of 91,000 electric motorcycles produced in Taiwan in 2018 for the domestic market, representing year-on-year growth of 81.8%, according to the MOEA. E-motorcycles’ approximately 10% market share last year is projected to rise to 15% by the year’s end, according to MotorCycles Data. Further, surveys show that nearly 60% of motorcycle users would shift to electric models given the right conditions.

As a result, local manufacturers have been scrambling to find a competitive edge in what could be a lucrative market. Despite its relatively small size, Taiwan is one of the world’s major manufacturers of motorbikes, with companies such as Kwang Yang (KYMCO brand), San Yang (SYM), Aeon, Taiwan Golden Bee, Adly, and PGO. They mainly produce bikes under 125cc, which are referred to as scooters or mopeds.

In response to declining sales figures, the biggest scooter brand, KYMCO, is putting its bets on electric models. At the Tokyo Motorcycle Show in August, it went all out by launching an electric superbike, plus e-scooters powered by swappable batteries. CEO Allen Ko also announced that 10 new e-motorcycle models were in the works for launching within three years.

In a company press release, Ko said KYMCO aims to sell “over half a million electric vehicles worldwide” over the next three years. He predicts that the number of electric vehicles on the roads will swell from 3 million today to something like 125 million units globally by 2030. “Electric vehicles have come a long way over the past few years,” Ko said. “Technology is getting better every day and in countries like Taiwan, there are already some things in place to accelerate the adoption of electric-powered transport.”

With its 3,000 employees and production of 570,000 vehicles a year, KYMCO is one of the world’s “big five” motorcycle manufacturers. Yet to a large extent it has had to play catchup with newer entrants in the e-scooter field, such as Gogoro.

Horace Luke, Gogoro’s founder and CEO, was born in Hong Kong, studied industrial design in the U.S., and worked for major multinationals such as Microsoft and Nike. Having made his home in Taiwan, Luke decided to build a business model that would contribute to the local environment. Gogoro has established a network of 1,500 battery swapping stations, and since Gogoro owns the batteries and lends them out for a monthly fee, it is effectively an energy-management company as much as a motorcycle company.

Gogoro has maintained momentum by steadily introducing new models to the market. The latest, the “Viva,” was released this month. A lightweight, Vespa-like creation, it is made for commutes and other short trips, since it has a range of just 85 kilometers.

As an energy provider, Gogoro has also positioned itself as part of the solution for other manufacturers. Yamaha, PGO, and Aeon Motor have all committed to using Gogoro’s battery-swapping system, enabling them to concentrate on producing innovative vehicles without having to worry about energy-source distribution.

Explaining his thinking about teaming up with Gogoro, Aeon CEO Tony Lin notes that battery swapping is the most economical and convenient method of powering e-scooters. Taking the battery out of the equation makes it possible to concentrate on making safe, fast, and technologically advanced vehicles.

Aeon’s new AI-1 scooter emphasizes engineering and high-tech solutions to practical problems – such as what to do when you’re lost. Its smart dashboard offers a turn-by-turn display and voice navigation, so the rider need only follow simple instructions to reach the destination. An alarm sounds when the speed limit is exceeded.

Using the Internet of Things and edge computing (moving processes in the cloud to the e-scooter computer) creates a dynamic, digital interface for accident detection and reporting. The interface even provides an artificial-intelligence function to tell the rider when the battery needs charging and where the nearest station is. “It’s smarter than smart,” Lin says.

Aeon seeks to differentiate itself from the competition by providing a sporty design, “speed, power, and safety.” Lin envisions a future when “everyone will be connected through their scooter,” he says. “It will help you find new friends, help you at work and provide entertainment. Today, the hardware is less important. What is important is the software.”

On the subject of subsidies for e-scooters, Lin comes up with an analogy. “It’s like a baby without milk, but if the government does eventually cut subsidies, then we will find a way to live. It should subsidize transformation of the market because people need encouragement and the outcome of cleaner, greener streets benefits everyone.”

If an electric-vehicle revolution is going to happen, it would seem a good bet that Taiwan will be at its center, given its longstanding love of scooters. A strong and smart manufacturing industry has developed, and it will undoubtedly benefit from domestic demand as it starts to conquer new markets abroad.

As Aeon’s Lin puts it: “Riding petrol scooters as opposed to e-scooters is like using a landline compared to an iPhone. Is it necessary to change? Maybe not. But it is better – and we do need to change with the times.” 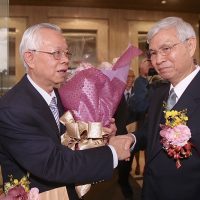 A Central Banker Who Stayed the Course 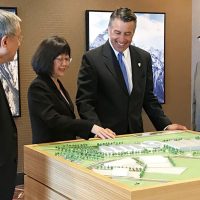 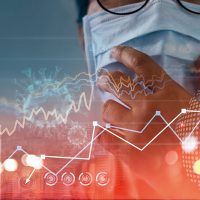