Despite global economic headwinds, some makers in the sub-sector are continuing to perform well.

Taiwan has been steadily moving into specialty chemicals in a bid to move up the global industry value chain. Specialty chemicals are sold based on their function or performance instead of composition. They often are designed to impact one specific aspect of a product’s performance, like ensuring flexibility in the rubber used in certain consumer products.

Specialty chemicals tend to be more profitable than basic chemicals but less so than agricultural or pharmaceutical chemicals.

With its strong foundation in both traditional petrochemicals and IT, Taiwan has become a leading maker of specialty chemicals with applications in the technology sector, says Jerry J.R. Ou, chairman of state-owned CPC Corp, Taiwan.

China is the world’s largest market for specialty chemicals and a major buyer of the products from Taiwanese manufacturers. The business is not expected to experience serious disruption as a result of the U.S.-China trade war.

At a June shareholders’ meeting, petrochemicals firm Oriental Union Chemical Corp. (OUCC) announced plans to boost specialty chemical production in the years ahead to boost profitability. Global prices for OUCC’s main product, ethylene glycol, the chief raw material for the production of polyester fiber, have been low. EG currently contributes 79% of the company’s revenue, but is much less profitable than the specialty chemicals like ethanolamine, ethylene carbonate, and ethoxylate derivatives that now make up just 16% of sales.

OUCC president Justin Tsai was quoted in local media as saying that the company expects specialty chemicals to become a much bigger revenue driver over the next three years, rising to 40-50% of the total on the back of strong demand from China. Tsai noted that the demand in China for ethoxylate derivatives – emulsifiers used as wetting agents, dispersants, stabilizers, sanitizers, and defoaming agents – has risen 7% annually over the past few years.

To reduce the cost of producing its main product, EG, the company is exploring opportunities in the U.S., where inexpensive shale gas makes the EG production process more economical, Tsai added.

Despite significant exposure to China, Taiwan remains Shiny Chemical’s top market, accounting for almost 70% of its business. The company could see an uptick in demand as a rising number of Taiwanese manufacturers relocate facilities from China to take advantage of the government’s reshoring initiative.

With regard to semiconductor chemicals, a segment in which Taiwan has a strong foothold, “the trade war has had little effect on production so far,” says Al Chuang, Taiwan general manager of Versum Materials. However, the trade dispute with America has encouraged Chinese IC chemicals suppliers to accelerate their technology development and upgrade the quality of their products, he says.

If the trade war drags on, “there could be some strategic shift of foreign investment out of China, and Taiwan could benefit from this shift,” Chuang says. 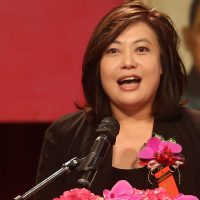 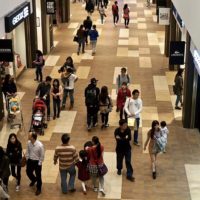 In 2016, Taiwan began working towards the ambitious goal of transforming its energy portfolio by 2025, reducing its current reliance on coal and boosting the...