Peter Tou, general manager of Edelman Taiwan, has been with Edelman since 2010 after previous experience with Weber Shandwick in Shanghai and GolinHarris in Taipei.

Your university training was in economics. What led to your shift in career path?

Although finance and economics were my interests, I felt like they didn’t translate into a career for me. I decided to switch, without really having an idea of what would be next, and some friends introduced me to public relations. Maybe because of my background as the son of a diplomat, I was attracted by the idea of engaging with people and influencing the way they think – sort of like what diplomacy is about.

What skills from economics and finance have been the most useful in public relations?

One part is the ability to understand the environment that we’re working in by looking at major trends – for example, in Taiwan things like high housing prices or the brain drain. We help our clients look at these trends and come up with strategies to either leverage them or counterbalance them.

It’s also helped me deal with the micro side – understanding clients’ possible budgets and how much they’re willing to spend, and understanding how each individual consumer looks at a product or a service.

What appealed to you about public relations when you first came in and has that changed over time?

In the beginning, I was mainly executing what clients had asked us to do. Now that I’m more experienced and have a deeper engagement with clients, I’m more focused on identifying gaps and proposing solutions for clients. For example, Taiwanese companies in general are very focused on product and service communications but don’t really spend a lot of effort on establishing a corporate identity or a brand, especially when compared regionally to Korean companies and now Chinese companies even more so. I would like to help our Taiwanese clients close that gap.

Through the years, what has been the most challenging part of the job?

If you set aside the strategic part of public relations – brand positioning, corporate positioning, etc. – and focus just on the transactional part like media interviews and press conferences, we actually don’t have that much of an advantage anymore. There are a lot of things that events companies or advertising companies can do, so we need to move beyond that. We’ve moved into social media and the digital economy, but that’s an area where advertising has also been very strong, and now you also have a lot of digital companies. So what we’re left with now is the strategic side: brand strategy or corporate strategy.

Your education was quite international and you are trilingual in English, French, and Mandarin. How has that background influenced you in business and elsewhere in life?

The nuances of language in terms of cultural background are very important for connecting with people. Through my familiarity with language, I can become more familiar with clients and break down some barriers.

My Western education influences how I structure my thoughts, how I structure my conversations with my clients and my counterparts. I’ve met a lot of Taiwanese who speak very good English, but the way they present an idea still uses a very traditional Chinese or Taiwanese thought process. A lot of times, this doesn’t correspond with the way modern business is done.

For example, the Western approach typically is to propose a solution, then go into the details. In Taiwan, you might start with the details and then go on. That may make it hard for people to follow what you’re saying because they don’t know where you’re heading. So much of how language is utilized has to do with culture.

Did you have a mentor as a student or young professional who had a big influence on you?

I wasn’t educated in Taiwan, but my first job was here. I didn’t really have any alumni to look up to, and even when I got into PR, I was the only one I knew in the industry. I didn’t really have a mentor or anyone to guide me, so I had to find my direction by myself. After I passed my probation, I thought about whether I should stay in this industry or go back to finance and economics or venture somewhere else.

Although my financial background was pretty shallow, it was still a lot deeper than the average communications major or journalism major. I realized that the little knowledge I had in finance was still a plus in this industry, so that was my advantage. When I was engaging with reporters, for example, I was actually teaching them content from Econ 101 and Finance 101. That was my initial positioning, though of course I’ve ventured beyond finance and economics since.

What led you to stick with PR?

I was really interested in what I was doing. Even monitoring and translating the news every morning – very basic work – I found interesting because I could turn a simple task into important skills. For example, I studied the different styles of journalists and at one point I was able to hide the name of the reporter, read the article, and tell you which reporter wrote it. I was able to find value in whatever I did, and because of that I was able to accumulate knowledge a lot faster than others, which is why I was able to rise in the ranks a lot faster as well.

What do you consider to be your main strengths as a manager?

I take the managerial role as trying to guide colleagues in their career plans. As I said, it was tough for me because I didn’t have a mentor or any guidance. I had to learn by myself. In that sense, I think that the current generation isn’t as independent as in the past. They need more career guidance or on-the-job guidance, which is something I’ve gotten good at.

It’s also important within our company to help guide staff through their career, help them out with their gaps, encourage them where they’re doing well, and help them better position themselves within the market. People often just do what they’re told to do, without sitting down to clearly think about where they’re going. I try to be there to guide them and to help them sort out their next moves.

What have you found to be the most significant characteristics of the business environment in Taiwan?

For Taiwan, the closest comparison is always China. We’re still very conservative in Taiwan. There are things that we started doing maybe 30 years ago – for example, branding – but we’re still not there, while we see Chinese companies taking just three or four years to make it. For example, if you watch tennis, the French Open or Wimbledon, you’ll see Oppo everywhere. I’m not saying Taiwanese brands should dole out cash like that, but we’re nowhere near that level.

And I don’t think we have the ambition to do it. I don’t know why. Except for some new startups like Gogoro, most people seem satisfied with the way things are, rather than aggressively expanding abroad.

There’s a gap between the big traditional enterprises and the new startups. Some traditional companies are investing in startups, but the investment is just money – there’s no guidance, no taking them under your wing, no collaborating on projects.

Taiwanese companies are always looking for opportunities, but not opportunities linked to the core business. Like in Korea, many of the big groups in Taiwan venture into many diverse areas, but there’s no core competency, so they can’t build the company up in a focused way.

What do you regard as the highlight of your career so far?

I’d say it was my experience as leader of the Shanghai 2010 World Expo task force. It was a huge event, and I was in charge of four pavilions, including two national pavilions – Israel and New Zealand – as well as the Madrid city pavilion and General Motors corporation pavilion. First of all, we had to work with our clients to help them translate their positioning for a Chinese audience that might not know that much about them.

And we had to compete for attention with all the other countries present there. For Israel, for example, it has competition with all the tech-focused countries and also with all the countries with an ancient history, like Egypt, China, and India. In terms of culture and food, it also had to compete with all the Middle Eastern countries. So with three different groups of competitors, it was very challenging. We had to create stories that could be understood by the media and more importantly by the audience that was consuming the media. A lot of the audience in China were not from the big cities, which required a different positioning.

If you had one piece of advice for young professionals in the industry, what would it be?

Maybe this comes from my European background, but I just like to sit in a café, have a beer, and people watch. When people walk down the street, that’s their true selves – they’re not hiding anything and there’s a lot we can learn from observing their behavior. When that is coupled with what we learn from academic papers, it will be more relevant and have more real-life application. 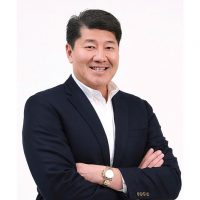 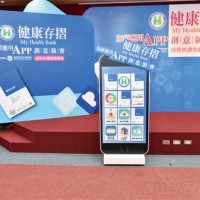 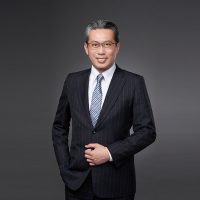